The timing of GFL Environmental Inc.'s plan to go public is nearly perfect. Stock markets are on fire, and rival waste-management companies are watching their share prices soar.

But there is a variable that clouds GFL’s future, one that could prevent the waste-management company from attaining a premium valuation: its large debt load.

On Friday, The Globe and Mail reported that GFL is looking to raise up to $1.98-billion in an initial public offering this fall. If successful, the deal would alter GFL’s ownership for the second time in 18 months, after private-equity backers BC Partners and Ontario Teachers’ Pension Plan acquired large stakes in the company from rival PE firms in April, 2018.

Because GFL is backed by private equity, deleveraging has not been a focus. And a few months after BC Partners and Teachers bought in, GFL purchased U.S.-based Waste Industries for $3.65-billion, including debt, to transform itself into a larger North American player.

The weight of GFL’s debt burden is reflected in its credit rating. The company issued US$500-million worth of unsecured notes in April and the securities were rated Caa2 by Moody’s Investors Service and CCC+ by Standard and Poor’s -- deep in junk rating territory.

GFL’s balance sheet will improve if proceeds from the initial public offering are used to repay debt. The Globe reported that GFL’s long-term debt-to-EBITDA multiple may fall to low fours after the IPO.

But there are a number of variables to consider. For one, debt repayment will depend on how much money GFL is ultimately able to raise.

It is also unclear whether BC Partners and Teachers will be comfortable retaining their entire stakes, so that the deal’s proceeds can flow directly to lenders. Companies backed by private equity sometimes see their owners sell portions of their stakes in IPOs, especially when equity markets are hot.

It is also possible that some of the IPO’s proceeds will be used to fund future acquisitions, instead of debt repayment.

GFL, BC Partners and Teachers all declined to comment for this story.

As the company has grown, it has maintained EBITDA margins that are comparable to its investment-grade-rated peers, according to Moody’s, and it has good liquidity.

However, both rating agencies have been concerned about its total debt burden. S&P declined to comment for this story, but in its April report the agency said it believes “GFL will continue to expand its operating breadth through acquisitions that we expect will be primarily debt-funded.”

Around the same time, Moody’s flagged GFL’s "aggressive acquisition growth strategy” and “the short time frame between acquisitions and the potential for integration risks” as primary concerns. The rating agency declined to comment for this story.

By comparison, both agencies give Waste Connections Inc., a GFL rival, investment grade ratings. Waste Connections has the industry’s best EBITDA margin, in the low 30-percent range, and a total debt burden under three times its EBITDA.

Waste Connections is listed in Toronto and New York after a takeover of Canada’s Progressive Waste Solutions in January, 2016. The company’s share price has jumped 169 per cent since the deal was announced. Rival companies Republic Services Inc. and Waste Management Inc. have also watched their share prices soar over the same period.

Beyond debt, potential investors in GFL’s IPO will also have to weigh the length of the bull market for waste management companies. “We are arguably now in the eighth year of the current waste up-cycle," RBC Dominion Securities analyst Derek Spronck wrote in an April note to clients after Waste Connections reported quarterly earnings. Waste Connections, Waste Management and Republic currently trade at an average price-to-earnings multiple of 33 times -- a very high ratio.

Despite the unusually long run, Mr. Spronck noted that industry consolidation continues to benefit buyers because it provides for “a more rational pricing environment,” with fewer players bidding for long-term contracts.

GFL lines up investment banks for IPO, seeks to raise up to $1.98-billion
Subscriber content
June 21, 2019 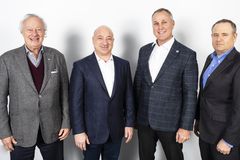 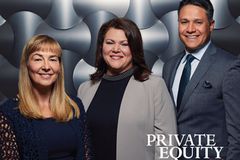