As Britain scrambles to prepare to leave the European Union as early as next month, one unlikely product has emerged as a symbol of the fear and frustration that surrounds Brexit: wooden pallets.

The fate of wooden pallets post-Brexit has become something of a crisis, especially with Prime Minister Boris Johnson determined to pull Britain out of the EU on Oct. 31 no matter what.

The humble wooden planks, which transport everything from fruits and vegetables to medicine, pet food and beer between Britain and the EU, play a critical role in the economy, and the implications of Brexit have shone a light on their importance. There have been heated debates in Parliament, an emergency meeting with pallet makers and worrying talk from executives that the crisis could lead to shortages of a range of goods.

The problem lies at the heart of Brexit. Once Britain leaves the EU, the country’s wooden pallets and crates will have to meet the bloc’s regulations on heat-treated wood. Those rules are based on a global standard adopted nearly 20 years ago designed to stop the spread of tree-eating insects. Britain has been exempt from the EU rules because it’s a member and because the island country doesn’t have the kind of bugs that cause horticultural havoc. After Brexit, Britain’s pallets will be treated like those arriving from any country outside the EU.

The fallout could be substantial since just about everything that’s shipped between Britain and the EU sits on a pallet at some point. There’s growing fear that millions of products will be held up at the border or turned back because the pallets don’t comply. The issue was highlighted in a government document released this week called “Operation Yellowhammer,” which said that in a worst case scenario “certain types of fresh food supply will decrease” and freight flows will be disrupted.

“Nobody actually thinks a pallet is so important until you start breaking down all the goods on the supermarket shelves that are getting transported on a simple wooden pallet,” said John Dye, who heads a pallet industry association called Timcon and is a manager at the Scott Group, Britain’s largest pallet maker.

The government insists that it’s working with pallet companies to address the problem, but it won’t be easy. There are 250 million pallets in circulation across the country and more than 40 million pallets are produced every year. While most of them are used domestically, largely in the construction trade, more than three million pallets cross back and forth to the EU every month and fewer than one-third are believed to meet the standard.

The pallet industry finds the whole issue baffling. Pallet makers argue that Britain is a low-risk country when it comes to pests and that won’t change with Brexit. They want the United Kingdom and EU to delay the requirement and give the industry time to adjust. Forcing immediate compliance “is absolutely ludicrous”, said Mr. Dye. “There is absolutely no threat whatsoever. It really is just wasting everybody’s time." He and others in the industry acknowledge that there were good reasons for adopting the EU standard but they say the focus has never been on British wood.

The rule dates back to early the 2000s, when forests in the United States and Canada were being ravaged by insects such as the emerald ash borer, a bug native to China that arrived in North America in the 1990s via wooden pallets and crates. In 2002, the International Plant Protection Convention adopted a measure that required all wood used in international shipping to be heated at 56 C for 30 minutes to kill any insects. Known as the “international standard for phytosanitary measures 15,” or ISPM15, it’s now followed by more than 100 countries and is part of the World Trade Organization rules. The EU was allowed to exempt member states from ISPM15 for shipments within the bloc, but imports from outside the EU must comply. Britain will have to adopt the same measure under WTO rules for all imports.

Mr. Dye said the industry has been moving toward the standard anyway. Many large companies already stock big supplies of ISPM15-compliant pallets for exports to countries outside the EU and several manufacturers have been heat treating much of their wood in anticipation of Brexit. The cost is manageable – about £1 ($1.66) a pallet – and the heating process takes only about six hours. But many smaller pallet producers have held off because it’s still not clear when Britain will leave the EU and on what terms.

Mr. Hillaby said he doesn’t believe there will be food shortages and he’s confident common sense will prevail. “The law says we’re going to have to have everything treated and yet the reality is that there won’t be enough people to check it,” he said. Inspectors in Britain and the EU have already privately indicated that they won’t divert resources to check U.K. pallets and Mr. Hillaby believes the industry can meet the requirement fairly quickly given time. But he acknowledged that the issue has caught the public off guard and caused confusion. “It’s one of these things that springs out of Brexit that people possibly didn’t anticipate would be a problem.”

Johnson says ‘rough shape’ exists for Brexit deal as he prepares to meet with Juncker
September 13, 2019 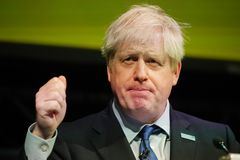 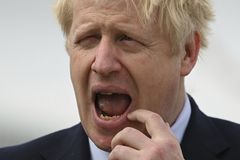 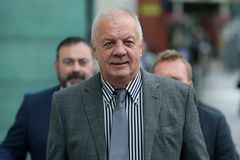 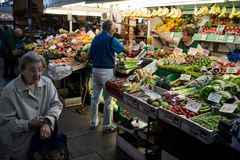 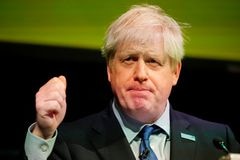