Ask Kelly Farrell, a schoolteacher and entrepreneur, what lessons she has learned since launching her own business in 2012, and she will tell you.

The self-professed “social media maven and 21st-century teacher” has plenty of wisdom, especially for fellow entrepreneurs who are considering seeking financial support from family and friends. Those who start businesses often tap more personal sources for help because they are less likely to qualify for bank loans.

At first, Ms. Farrell, a 39-year-old single mother, was reluctant to accept financial help from her parents.

“We use the phrase ‘it takes a village’ when we talk about raising children, and I truly believe that also applies to starting and carrying a business. But borrowing money from my parents and then asking friends for help was never something that came easy for me,” says Ms. Farrell, who six years ago founded Teach Me Social, a media marketing and advertising agency that helps entrepreneurs expand their online profiles.

Teach Me Social is now more of a hobby for Ms. Farrell, who operates it at minimal cost. But she has pumped more resources into a second business she started in 2016 – Oak Learners, a private alternative school in suburban Toronto.

She launched Oak Learners after offering music lessons from a rented room in the home of a couple she knew. She soon added tutoring, and enrolment expanded to the point that the entire house and backyard were being used. She then moved to a rented storefront in July of 2017 and incorporated the business as a non-profit.

Friends have consistently supported her, she says, such as by donating books. Her parents, Dave and Patti Farrell, lent her thousands of dollars to cover costs. They reassured her that they believed in her business venture, but she still felt stressed about borrowing from them.

“[Borrowing from family and friends] doesn’t carry the same urgency as a loan from a bank, where you have to pay it back during a certain time period. And if a loan is from a bank, and my business folded, the banks have billions of dollars, so I don’t think I’d feel as guilty. Whereas if my parents were ever to be out of that money … that is weighing more on my mind.”

What eased her fears, though, is that their business relationship was set down in writing with the help of a lawyer and accountant. The documents include a rough timeline for repayment of the funds.

“Even though we’re a close-knit family, having a plan is important,” she says.

Experts advise entrepreneurs to put everything in writing. “You need to be 100 per cent transparent,” says Dwania Peele, founder and executive director of Canadian Small Business Women, a resource for female entrepreneurs.

“Everything has to be outlined, whether it’s through a lawyer or just on your own, and any repayment plan should be manageable and reassessed over time, as some small businesses may not do well at first,” she says.

Dana Gordon, a Vancouver lawyer who started Benchmark Law Corp. in 2012 to serve small businesses, says it’s particularly important that any agreement specify whether the money is a loan or a gift, “because even if it’s a family member or friend involved – and it could be someone you knew your entire life and you trust – business changes things.

“I find disputes in these cases are much more acrimonious than between arm’s-length parties,” she says.

Some entrepreneurs worry about asking family members or friends to sign an agreement, but "you always want to approach it from the perspective that it’s not a one-sided contract, and will include payment terms, interest and other terms to protect both sides.”

For her part, Ms. Peele has received both financial and emotional support from her mother since the family moved to the United States from Jamaica when she was 11, and then to Canada at age 18. Working toward a chemistry degree from the University of Windsor in southwestern Ontario, she joined a pharmaceutical company that went out of business. She later started her own cupcake venture.

Five years ago she founded Canadian Small Business Women, which offers e-courses, seminars and expos to help entrepreneurs network, showcase their efforts and learn from other women in business.

Anyone thinking of lending money to an entrepreneur will likely be interested in how the business progresses. But entrepreneurs should tread carefully if they’re thinking of giving investors a share in the company or a say in how it is run, says Ms. Peele, whose day job is as a quality-control manager at a lab in Toronto.

“My mother has invested in my future all my life and will continue to do so because she believes in what I’m doing,” says Ms. Peele, 38. “But I don’t have a partnership with anyone – that’s touchy. … If someone says they want to partner with you, you need to lay out exactly what that means. There needs to be a clear outline of who’s responsible for what and what happens if that partner isn’t doing what’s laid out in a document you both will sign.”

Entrepreneurs should make it clear in an agreement whether it’s a straight-up loan or an equity investment, or if shares in the company are involved, Ms. Gordon says. “But I always tell people to retain at least 51 per cent [of the business] if it’s your passion and dream, and you don’t want to give up control."

If a supporter is receiving shares in exchange for money, she adds, “you can define whether they are voting or non-voting – whether they’re participating in the actual operations or are going to be a silent investor.”

There’s no one-size-fits-all approach for accepting funding or other help from people you know. Here are a few points to consider.

Develop and present a business plan before any loan or other agreement is signed: A good plan will contain “clear and honest information, and projections,” according to the website of Innovation, Science and Economic Development Canada. It should spell out terms of the loan, the interest rate, payment amount and repayment schedule. It should also be clear on how to manage late or missed payments, including any penalties. It should also detail if, how and when a loan would be paid should a business go under.

Don’t accept money from someone who can’t afford to lose it: Be especially cautious if the lender needs to borrow the money him or herself. “Ask upfront, if in three years I can’t make it, are you okay losing $5,000?” says Ms. Peele. “I, for one, would never lend something I expect to get back.” Ms. Gordon says, “What I’ve seen some of our clients successfully do is instead of borrowing a large sum of money from one person, they got small amounts from different people,” to reduce the risk of one person losing a large sum if something goes wrong.

Determine and document whether it’s a business or personal loan: “If you’re a sole proprietor, any money lent to you is to you, but if your business is incorporated, the money is being lent to a separate entity – it does make a huge legal difference,” says Ms. Gordon. “So if you lend money to a company, and if for some reason things go sour and the [lender] tries to get their money back or sue you, they can only go after the company’s assets, not personal assets.”

Consider bartering services: “An exchange of services isn’t uncommon, especially when first starting out. It can be a good way to grow your business. But there has to be a mutual exchange – both sides need to be clear on what’s going to be provided to the other side,” says Ms. Gordon.

Don’t neglect other funding, especially if it’s free: Ms. Farrell says she regrets not applying for government grants earlier. “What I didn’t realize before and what I have since learned is that a lot of grants are project-based and not for capital funding, like to pay for rent," she says. A recent application netted her a federal grant of $4,000 to hire a full-time university student for the summer. 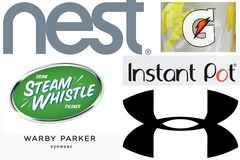 Research matters - make sure you nail down your small-business niche
October 1, 2018 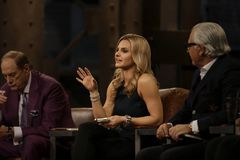 Gut-check time: Should you be an entrepreneur?
October 2, 2018 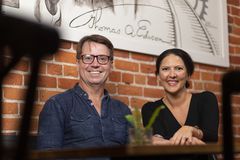