When the sun rose on Bay Street on Friday morning, everyone knew what was coming: Canadian markets were going to drop. Hard. And indeed they did.

Friday capped a tumultuous week that sent global markets into the red as fears about the economic impact of a novel coronavirus spread. For Bay Street, it meant assuaging nervous investors, early mornings, late nights and days of frenzied trading, only to be frustrated by a technical issue that shut down the Toronto Stock Exchange on Thursday afternoon.

Nerves have been fraying. “I won’t lie,” said Jason Del Vicario, a portfolio manager at HollisWealth in Vancouver. “This is unnerving and feels like we’ve been punched in the stomach.” Mr. Del Vicario said he and his team have a responsibility to be in “strong physical and mental shape” for clients. Lately, the job has felt as taxing as the high-level competitive squash he plays.

Rob Carrick: Lessons from past market plunges - and my single biggest regret in reacting to them

David Agnew, chief executive at Royal Bank of Canada’s domestic wealth-management business, was at an off-site sales conference with 250 of the bank’s top investment advisers last week. As stock indexes plummeted on Wednesday afternoon, Mr. Agnew interrupted a session by taking the stage and telling everyone in the room they were taking an unscheduled, two-hour break.

“I told everyone to call their clients, to give them comfort, to bring a sense of calm,” Mr. Agnew said. “Most of us sat at these round tables in the ballroom, or went to the lobby, and got on our phones and reached out to people.”

The bank’s wealth-management group, RBC Dominion Securities Inc., has 400,000 clients and $217-billion in assets under administration.

Paul Clark, president of TD Direct Investing, arrived to work one hour earlier, at 7 a.m., all week to oversee a central command centre for Toronto-Dominion Bank’s trading operations. It was built after hectic trading in cannabis stocks caused TD’s online platform to crash in 2018. Trading volumes have been hitting record levels for weeks. "This rivals by a considerable amount what we saw in the cannabis craze a couple years back,” he said. On Friday, Mr. Clark rarely left the command centre to ensure nothing went wrong.

Wealthsimple, the Toronto robo-adviser, was swamped too. The company wasn’t anticipating such a steep market drop when the week began. “We can’t predict the future,” Michael Allen, a senior portfolio manager, said. Staff tried to sound a note of calm on Monday, e-mailing clients to tell them to ignore the headlines and stick to their plans.

Nevertheless, calls and e-mails flooded in, during an already busy week owing to the coming RRSP deadline. People asked whether they should switch to cash, or how to best time the market. Everyone on staff, about 300 people, responds to client inquiries during RRSP season. The market turmoil significantly increased the volume.

On Thursday morning, with markets roiling, Brian Madden headed to the TMX Broadcast Centre in downtown Toronto to open the country’s premier stock market at 9:30 a.m. Mr. Madden, a portfolio manager at Goodreid Investment Counsel Corp., was there as a member of the CFA Society Toronto. A timer ticked down, someone pushed a button and confetti fluttered from the ceiling. The markets were open for trading.

Mission accomplished, Mr. Madden returned to his office a few blocks away. Later that afternoon, an alert flashed across his screen. The TMX Group had halted trading on four of its exchanges owing to a “system capacity issue.” Friends asked him, “Did you unplug anything over there?”

Traders across the country couldn’t enter, modify or cancel orders. Screens featuring TMX data went static. A collective query arose: What do we do?

The answer was to start routing orders through the CSE and the NEO Exchange, along with other alternative trading systems. Order volume spiked by one-third that afternoon on the CSE. “I don’t believe we’ve reached the message traffic that we saw back in the fall of 2008,” said Richard Carleton, CEO of CNSX Markets Inc., which runs the Canadian Securities Exchange, referring to the financial crisis. “But we’re getting close.”

But Bay Street is nothing if not savvy. “We like these markets,” said Jeffrey Olin, president and CEO of Vision Capital Corp. “Coronavirus hits. So what do we do? We immediately short Marriott Hotels,” he said. The turmoil of the past week provided even more opportunities for Vision, which operates alternative investment funds focused on the real estate sector. “We’re buying names we really like for a lot cheaper."

Former mutual fund executive and Next Canada CEO Joe Canavan attended a private, catered dinner for executives at a Toronto condo this week, where the group discussed the potential implications of coronavirus. What if a Canadian city is locked down? “I’m telling you, man,” Mr. Canavan said, “everybody’s going to be hoarding.” He continued, “I actually think there’s ways to make money. Food delivery. Netflix. Amazon. Pharmacies.”

Still, no one knows what Monday will bring. “A generational buying opportunity is coming up,” Mr. Carleton said. “I’m just not sure when it is.”

With reports from Brenda Bouw and Clare O’Hara 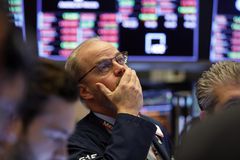 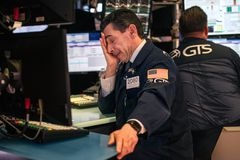 Follow Joe Castaldo and Mark Rendell,  on Twitter @Joe_Castaldo @mark_rendell
Report an error Editorial code of conduct
Due to technical reasons, we have temporarily removed commenting from our articles. We hope to have this fixed soon. Thank you for your patience. If you are looking to give feedback on our new site, please send it along to feedback@globeandmail.com. If you want to write a letter to the editor, please forward to letters@globeandmail.com.
Comments