Catalyst Capital Group Inc. CEO Newton Glassman is moving to reassure backers that deals are in the works to cash in on a number of major investments, in the face of growing pressure to show that long-promised profits will actually be paid to investors.

Catalyst is nearing multimillion-dollar initial public offerings of two companies in its portfolio − Therapure Biopharma Inc. and Gateway Casinos & Entertainment Inc. − and discussing possible sales of Sonar Entertainment and Advantage Rent A Car, according to a letter sent to limited partners this month that has been reviewed by The Globe and Mail.

Catalyst, a private-equity firm known for aggressive legal tactics, went to court Thursday in Toronto in an attempt to block The Globe from publishing the information in the investor letter, arguing that disclosing its view of Therapure’s potential US$400-million to US$500-million valuation could delay the planned IPO, or depress the price.

After a two-hour hearing, Ontario Superior Court of Justice Judge Barbara Conway dismissed Catalyst’s request for an injunction against publication, stating in her judgement: “This problem was of Catalyst’s own making. It chose to include this information in the update to investors.

“The media serves a public interest in reporting on activities in the business and investment world, including those of Catalyst,” Justice Conway said. She also ruled that Catalyst should pay The Globe legal costs of $7,500.

Catalyst said in a statement sent by spokesman Dan Gagnier: “Catalyst relies on the confidentiality provisions of our Limited Partnership agreements in providing updates, such as detail on active monetizations. It is very disappointing that an investor violated that duty, potentially creating unnecessary risks to those processes, which would impact all LPs.”

Word of potential transactions comes as Toronto-based Catalyst and Mr. Glassman, its 53-year-old founder, faces questions about valuations of its holdings, its ability to cash out of some investments at advertised prices and extensions to the lives of its funds, which allow it to hold on to investor capital for longer than is typical for private equity funds. The concerns were brought to the fore in a lengthy Reuters news article last week. Catalyst disputed the article’s conclusions in a subsequent statement.

Catalyst has raised approximately $5-billion from investors, including a number of large North American pension plans; retirement funds at McGill University and the University of Toronto are backers.

The confidential letter, sent to Catalyst’s backers in mid-March, says that the firm is making progress with transactions for its businesses that are aimed at generating returns consistent with what the company promised investors.

One of the largest investments in Catalyst’s funds is its publicly traded lending arm, Callidus Capital Corp., which invests in the debt and equity of financially troubled companies. Catalyst sold a portion of the company in 2014 at $14 a share and the stock price has been under severe pressure in recent months, while a sales process for Callidus has dragged on for more than a year.

Callidus stock fell 2.7 per cent to $6.59 on the Toronto Stock Exchange on Thursday. The current share price is well below a 2016 valuation of $18-$22, as calculated by National Bank Financial. Mr. Glassman said last year that several would-be buyers were considering offers in that range.

Callidus is scheduled to release its fourth-quarter 2017 results early next week, and provide an update about efforts to privatize the company, a process that has been under way since the fall of 2016.

Therapure said in a statement on Wednesday that it had already filed a draft registration with the U.S. Securities and Exchange Commission for a proposed IPO of its Evolve Biologics division.

Therapure is being split in two. Its contract development and manufacturing division is being sold for US$290-million to a joint venture of China’s 3SBio Inc. and CPE Funds, a transaction that was announced last September. In the letter to investors, Catalyst said the remaining business could raise US$100-million on the NASDAQ stock exchange, a transaction that would value the entire company at US$400-million to US$500-million.

Catalyst says it is also nearing the filing of a preliminary prospectus to float B.C.-based Gateway Casinos on the Toronto Stock Exchange. It identified the lead underwriters as Morgan Stanley and Canadian Imperial Bank of Commerce.

The move follows a recent debt restructuring for Gateway that included a sale and leaseback of Vancouver-area real estate properties that generated proceeds of $483-million.

In the letter, Catalyst said Advantage Rent A Car, which has single-digit market share in the U.S. car-rental industry, is in negotiations with several potential buyers. While the company did not give a potential price for the business, in its 2016 report to investors Catalyst valued the car-rental company at US$554-million.

Television content producer Sonar Entertainment has begun a review of its strategic alternatives, a process that often results in the sale of a company owned by a private-equity fund, the letter said. Again, Catalyst did not estimate how much the company could fetch, but it valued Sonar at US$235-million in its last annual report to investors.

The Reuters article quoted a U.S. fund manager and others as saying that various of Catalyst’s major assets have struggled to attracte buyers at the firm’s valuations.

In a response to the article issued last week, Catalyst said it was “dumbfounded” by the authors’ failure to understand its strategies for wresting value from its holdings. “Our process for valuing current investments is rigid, conservative and has been proven out repeatedly,” the firm said. 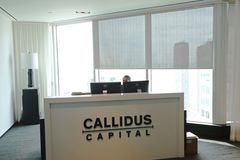 Follow Jeffrey Jones,  on Twitter @the_Jeff_Jones
Report an error Editorial code of conduct
Due to technical reasons, we have temporarily removed commenting from our articles. We hope to have this fixed soon. Thank you for your patience. If you are looking to give feedback on our new site, please send it along to feedback@globeandmail.com. If you want to write a letter to the editor, please forward to letters@globeandmail.com.
Comments are closed