This week, China injected US$84-billion into its banking system in an attempt to boost lending in its decelerating economy. Germany revealed its output barely grew in the fourth quarter of last year, Britain stumbled through yet more Brexit-related chaos and the U.S. government remained largely shuttered as President Donald Trump continued to butt heads with Congress.

Broad measures of what lies ahead for the global economy paint a downbeat picture. A gauge of leading indicators maintained by the Organization for Economic Co-operation and Development has slid to its lowest level since 2012, suggesting even more weakness is likely over the next few months. Meanwhile, 60 per cent of money managers surveyed by Bank of America Merrill Lynch expect growth across the world to weaken this year, the most pessimistic such reading since 2008.

“We now think that global growth will fall by 2020 to its slowest pace since the financial crisis,” Jennifer McKeown of Capital Economics wrote in a report this week. She foresees a broad slowdown in North America, the euro zone and China, with growth in advanced economies tumbling from 2.2 per cent last year to a mere 1 per cent next year.

So time to stock up on tinned food and hunker down? Maybe not quite yet. While there is broad agreement that the global economy is slowing, the smart money is still betting on a relatively modest downshift in global growth. Only 14 per cent of the professional investors in the Merrill Lynch survey see a global recession in the cards for 2019.

One reason for the muted optimism is the belief that policy-makers still have lots of ammunition to fight any serious downturn. For instance, central banks could slow the rate at which they are raising interest rates or even go back to cutting rates. The White House could also back off on its trade showdown with China. Any of these measures could help counteract any potential weakness.

For now, employment is booming in Canada and the United States and corporate earnings are still strong. The current ratcheting down in overall growth was predicted and simply reflects the fading boost from U.S. tax cuts and stimulus a year ago, according to Robin Brooks, chief economist at the Institute of International Finance, a financial-services organization in Washington. The glass is still half-full, he argues.

A similar viewpoint comes from Andrew Hollenhorst at Citigroup. He expects U.S. growth to slow slightly this year but still tick in at a healthy 2.6 per cent, down only marginally from 2.9 per cent in 2018. He largely dismisses talk of a recession any time soon and expects the U.S. Federal Reserve to hike interest rates a couple of times over the course of the year. “While a recession scenario that would involve Fed cuts in 2019 is certainly possible, it is not probable,” he wrote in a report.

The challenge for forecasters is that many of the largest risks fall into the category of politics, not economics. Nobody knows how Mr. Trump’s shambolic administration will proceed on the government showdown or on broader matters of trade and tariffs. It’s equally difficult to predict the Brexit soap opera or euro zone policy as a whole.

The biggest enigma of all is China, which has accounted for roughly 30 per cent of global growth in recent years. The Asian giant has engineered its rapid expansion by directing vast amounts of capital into infrastructure projects, real estate and heavy industry. The limits of that approach are now apparent.

China’s working-age population is declining and productivity gains have slowed as the incremental payoff from building even more apartments, railways, roads and airports begins to wane. Diminishing returns from investment are combining with large amounts of debt as well as trade tensions with the United States to discourage Chinese consumption and drag on growth.

The measures unveiled by Beijing this week to stimulate its economy are welcome, but at best will stabilize the situation, according to Capital Economics. Whether China will go further to reignite growth, or how, is anyone’s guess.

The United States, the other pillar of global prosperity, offers a more transparent case of an economy going through a difficult transition. In its case, the transition involves weaning consumers and businesses off a decade of remarkably low interest rates.

Car sales and home construction have plateaued since the Fed began raising rates two years ago. In recent weeks, the stock market has developed a bad case of the jitters as mounting trade tensions and sliding oil prices offer more reasons for worry. The government shutdown is only adding to the anxious mood.

Many of the same factors are also casting shadows over the Canadian outlook. In its most recent Monetary Policy Report, released earlier this month, the Bank of Canada trimmed its forecast for growth in gross domestic product this year to a mere 1.7 per cent from the more robust 2.1 per cent it had predicted a few months previously.

The central bank expects growth to rebound in 2020, but it acknowledges several risks. Most notably, a sharp decline in home prices could depress consumer spending and construction activity.

Recent readings on that front are not encouraging: Home prices are sliding in several Canadian cities, according to the Teranet-National Bank House Price Index. In December, the percentage of local markets with rising prices fell to its lowest level in five years.

The message here? Investors and executives should not assume a global slowdown is inevitable, but should be vigilant for further signs of weakness. One key indicator will come on Monday, when China reports on how fast its economy grew in the fourth quarter.

In the third quarter, the Asian giant’s GDP growth declined to 6.5 per cent, the lowest quarterly figure since early 2009. Any evidence that the situation has deteriorated further in the final three months of the year could spook markets. Most analysts expect a reading of 6.4 per cent for the fourth quarter. If the number on Monday ticks in substantially below that level, brace for some fireworks. 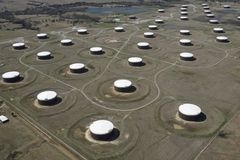 Market rally ahead, investors should sell into it: Credit Suisse
Subscriber content
January 17, 2019 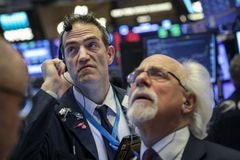 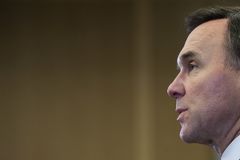