Jaren KerrMergers and Acquisitions Reporter
Published May 18, 2021 Updated May 18, 2021
For Subscribers
Comments
Text Size
Please log in to listen to this story. Also available in French and Mandarin. Log In Create Free Account

John Levy’s chief operating officer had to persuade him to sell his television network in 2012. TheScore, a small-but-punchy sports channel, had attracted a takeover bid from Rogers Communications Ltd. , which owned Sportsnet, a larger broadcaster.

“Then the next time they knocked, Benjie said, ‘Dad, the price is right,’ ” he recalled.

Mr. Levy took the advice of his COO Benjie Levy – who is also his son – and sold Score Media and Gaming Inc.’s television assets to Rogers for $167-million. TheScore pivoted to focusing on its mobile app, which now has about four million monthly active users, making it one of North America’s most popular sports apps.

“I never had to worry about introducing [Benjie] as my son because after one or two meetings, everybody understood exactly why he was there: He was smarter than me, unfortunately,” John said with a laugh.

Nine years later, Mr. Levy is still trusting his son’s business instincts. Benjie, 41, is leading theScore’s foray into sports betting, where dozens of operators are vying to take the wagers of fans with an appetite for risk. TheScore is now decades old, with more than 350 employees, but the Levys still see theScore as an underdog in sports media, and they’ve carried that scrappy attitude into their newest venture. However, it could be an uphill battle to carve out a piece of a market full of well-established U.S. operators as theScore continues to work toward profitability.

As more U.S. states legalize sports betting, the company has pushed into a crowded market, competing with land-based casino operators and venture-backed digital players. In Canada, the legalization of single-game sports betting is likely on the horizon, and theScore believes Canadians will place their bets with a company they’ve known for decades, and on an app many sports fans already use.

ScoreBet, the company’s betting product, which exists on its app, launched in 2019 in the state of New Jersey. It has since expanded to Iowa, Indiana and Colorado. It competes with online sports betting behemoths such as Boston-based DraftKings and New York-based FanDuel, which are household names that constantly market themselves on sports broadcasts and podcasts.

“We’ve never shied away from competition,” John said. “The fact that the big boys are out there is more of a driver for us than something that we are worried about.”

TheScore is also up against major casino operators that have online sportsbooks such as BetMGM and Penn National Gaming Inc., the latter of which bought a 4.5-per-cent equity stake in theScore in 2019.

What theScore lacks in marketing firepower in the U.S., it makes up for in a seamless user experience, according to Mr. Levy. TheScore prides itself on an “integrated approach” that allows users to use its media platform – where you can read articles, watch highlight clips and check the box score – in the same app as the betting platform. The Levys say that combination in a single app is unmatched.

“You’re going to see the ability to see your bet slip right from the box score,” Benjie Levy said. He says theScore is playing a long game, focusing on technology rather than flashy promotions.

“We’re going to pick them off one by one because every day [users are] coming to our media app, engaging with us, and we’re going to leverage that relationship to drive success on the betting side.”

The integrated approach also allows them to tailor promotions to users whose habits they understand.

“We know what teams you follow, leagues you follow,” John said. “We can offer up some clever stuff that maybe some of the other guys either can’t or don’t give a crap about because all they really want is to make sure that you’re on their betting platforms, you’re betting as much as you can, and I’ll see you later.”

Many of the steps the company took to become a major competitor occurred during the pandemic, despite COVID-19′s interruption of professional sports. In September, it graduated to the Toronto Stock Exchange from the TSX Venture, and in February listed on the NASDAQ, raising US$186-million in its U.S. initial public offering, all while avoiding layoffs.

As it wrestles for market share in the U.S., the Levys are hoping a bill currently in the Senate will legalize single-game sports betting in Canada. Currently, sports bets in Canada must include at least two events in a single wager, commonly known as parlay betting.

Single-game betting in Canada currently exists in a grey market, where offshore companies can accept wagers from Canadian users, but Canadian operators can’t take bets from their own country. The new law would allow provinces and territories to select private operators to enter their respective markets. The Canadian Gaming Association estimates that Canadians wager about $10-billion through offshore and illegal bookmakers annually.

“We’re standing on the shoulders of a brand that’s 25 years old and resonates with sports fans,” Benjie said, arguing that Canadian bettors will gravitate to theScore’s betting platform because they likely already use the app, even though offshore competitors have laid down roots in the country.

John Albright, a member of theScore’s board and managing partner of Toronto-based Relay Ventures, says the company is in pole position to dominate the Canadian market.

“I don’t see any reason why we wouldn’t win,” he said. “The product works, the brand works, we know how to acquire customers. We have a lot of Canadian customers ... we should be able to convert them at a lesser cost than anybody else in Canada.”

Mr. Albright, whose firm invested in theScore in 2013, believes that the company’s structure, which gives John all of theScore’s special voting shares, has angled it for success.

“It’s really a family company to be honest, even though it’s public,” Mr. Albright said. “[John] has multivoting shares and as a result of that, the company is very founder driven. And if you look over the history of startups and their returns, you’ll find out that where the founder gets to live with the company the longest and doesn’t get displaced by shareholders, are where the biggest returns are.”

John, 67, also takes pride in theScore being a family business. Of his four children, three of them work there. His son Aubrey is the senior vice-president of marketing and content, and his youngest son Noah is the vice-president of product management.

“I can’t tell you it’s always fun and games and roses,” John said. “As a family business, this is a non-stop discussion. I mean every phone call, every family get-together ... there’s some really good, take the gloves off, knock them down, beat-ups in terms of how this thing comes together, but it does come together.”

John hasn’t thought too much about succession planning. When asked when his COO may take over his spot, he said: “Benjie shouldn’t worry about taking my job. ... He should worry about the two brothers underneath him, so he better watch his flanks and not look in front of him.” 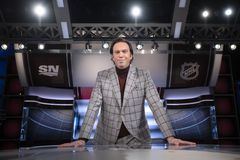 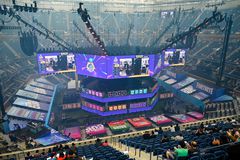 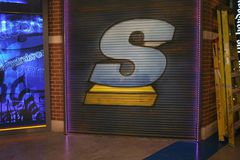