In a push to modernize the province’s court system spurred by the COVID-19 pandemic, Ontario is conducting a pilot project with a provider of digital court services, and plans to make a web-based search portal available to the public.

CaseLines, the U.K.-based digital court platform, was acquired last week by news and information provider Thomson Reuters Corp. for an undisclosed sum. Courts in Britain have been using the company’s document- and evidence-sharing platform for several years, and Toronto-headquartered Thomson Reuters said the deal is part of a strategy to offer legal solutions internationally.

The Ontario Superior Court of Justice, Canada’s largest trial court, with more than 50 locations, last week began a two-week test phase with the platform, which allows parties in legal proceedings to share materials of all formats online and lets judges and court staff access files electronically during court appearances. This reduces the need to exchange the material in person, and facilitates virtual proceedings. The trial started with a downtown Toronto court that handles primarily commercial cases, and the court plans to roll it out across the province by the end of the year.

A wide range of legal stakeholders have long called for Ontario’s court system to join the digital era, but the goal took on heightened urgency as the pandemic drastically limited physical access to courts.

Thomson Reuters profit better than expected despite drop in revenues

Judges and court staff scrambled to adapt with virtual hearings, accepted court documents filed online, and responded to information requests from media and the public by e-mail. Ontario authorized $1.3-million in April for costs such as the purchase of 600 laptops, digital recording devices and teleconference phone lines. The Superior Court of Justice says it conducted about 35,000 remote hearings (over telephone or Zoom) from mid-March to the end of July.

Now, the courts and the Ministry of the Attorney-General are planning long-term changes to add onto or replace the emergency measures. The government has awarded consulting firm PwC a contract for about $470,000 to conduct a study of the Superior Court’s operations, and while the report is expected by Sept. 11, the province has begun putting new digital-focused programs such as CaseLines in place.

In an interview on Friday, Attorney-General Doug Downey told The Globe and Mail the province will also launch an online search service next week to provide public access to information about court files. Previously, people wanting to look up court records had to use computers at courthouses, which often had long lineups and were available during business hours only.

Mr. Downey said people have wanted some of these tools for 20 years. “The appetite for change and the problems with the system were exacerbated through COVID,” he said. “So the appetite to fix it was phenomenal.”

After completing a free registration on the website, he said, members of the public will be able to search for records of civil and criminal court files at the Superior Court of Justice. The system won’t provide access to the actual documents, but will display information such as the case name, file number, names of the parties and lawyers, the most recent order made in the case, and dates of forthcoming court appearances as well as whether the case is subject to a publication ban.

Mr. Downey also said the CaseLines platform can provide public access to electronic documents while allowing judges or court staff to limit information that is not public or subject to a publication ban, for instance.

Family law cases will not be searchable at this point; Mr. Downey said the courts are considering how to balance public access with protecting privacy. The search functions could also expand to files at the Ontario Court of Justice, which handles provincial offences and family law matters that fall under provincial law.

Thomson Reuters said it hopes other provinces will follow Ontario’s lead and adopt the CaseLines product. “We are in discussions with other jurisdictions across Canada,” spokesman Dave Moran said, adding that it would be premature to disclose which ones.

Thomson Reuters sold a majority stake in its financial and risk division in 2018 and the business was spun out into a new company, Refinitiv. Its remaining core business lines serve professionals in the legal, corporate and tax sectors, and it has recently pursued small acquisitions to complement those divisions. The legal business generates more than half of the company’s revenue. 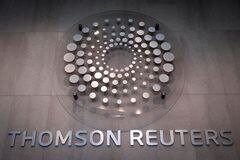 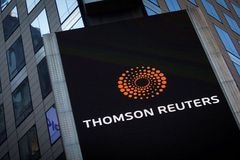 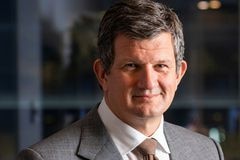