WestJet Airlines Ltd. pilots have not even completed a strike vote yet, but the possibility of a labour disruption in less than two weeks has caused a drop in bookings, chief executive officer Ed Sims says.

“What we’ve seen over the last two weeks is a significant deferral of bookings, while some guests will either postpone travel plans or make other decisions,” Mr. Sims told analysts.

There is “significant drift both in terms of postponement of travel and actual cancellation of travel,” he said on a conference call with reporters Tuesday afternoon.

As a result, WestJet is preparing contingency plans to deal with potential work-to-rule action by pilots, gradual work stoppages or a full strike, he said. “We will look to find a way of operating whatever capacity we can if there is a full strike.”​

The cancellation and postponement of travel will cause a hit to revenue in the second quarter and that combined with a forecast of soaring costs in the quarter and a drop in first-quarter profit sent WestJet’s shares plunging in trading on the TSX. They fell nearly 10 per cent to $19.94.

“We planned to come to the call with flat to positive RASM [revenue per available seat mile] guidance, but we’re now providing flat to negative RASM guidance on the basis of potential industrial action,” Mr. Sims said during a testy conference call.

WestJet pilots, who voted last year in favour of joining the Air Line Pilots Association, set up information pickets in Calgary during the company’s annual meeting on Tuesday.

The strike vote is expected to be completed later this week and if approval is granted, the pilots will be in a position to walk out on May 19.

At the same time, WestJet will be in a position to lock out its pilots.

Analysts expressed surprise about WestJet’s forecast for cost performance in the second quarter.

Costs, as measured by the airline industry equation of costs per available seat mile, are forecast to jump between 7.5 per cent and 8.5 per cent in the second quarter and that’s excluding the costs of fuel, which rose 14 per cent in the first quarter from year-earlier levels and show no sign of falling.

“I’ve never seen a number like this before,” David Tyerman, who follows the industry for Cormark Securities Inc., said on the call.

WestJet chief financial officer Harry Taylor said many of the items that will contribute to the increased costs are short-term and are expected, such as the costs of getting Swoop, WestJet’s ultra-low-cost carrier, in the air on schedule on June 20.

The costs of preparing for the arrival of Boeing 787 jets and expanding WestJet’s international presence beginning next January were higher than forecast, Mr. Taylor added.

Swoop and the international expansion via the 787s were begun by Gregg Saretsky, who retired in March and was replaced by Mr. Sims. WestJet displayed a 787 at its annual meeting in Calgary.

But the forecast led Hunter Keay, who follows the airline for New York-based Wolfe Research LLC, to wonder on the call “why WestJet would abruptly change the CEO but continue with the same strategy.”

Mr. Sims responded that “things that appear abrupt in the public domain are not always abrupt.”

He said what has changed is that WestJet intends to execute more quickly on initiatives begun by Mr. Saretsky, such as international flights with the arrival of Boeing 787 wide-bodied planes next year and the ramp-up of Swoop, WestJet’s ultra low-cost carrier, which is scheduled to begin flights on June 20.

Raymond James Ltd. analyst Ben Cherniavsky said he also does not understand the change in management without a change in strategy and urged WestJet to stop adding capacity so that it can increase prices to compensate for the rise in fuel prices and other costs.

WestJet Airlines severs ties with Hopper app due to confusion over ‘secret fares’
May 3, 2018 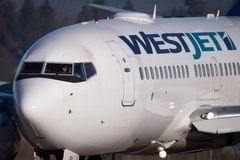 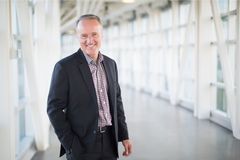 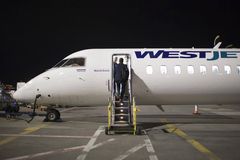