Microsoft Inc. appeared headed toward a whirlwind marriage with Chinese social-media app TikTok Monday after President Donald Trump threw his support behind a proposed deal that is likely to escalate U.S.-China tensions and shake up the social-media industry.

Mr. Trump publicly confirmed to reporters on Monday that he supported a last-minute plan by Microsoft to acquire TikTok, a video-sharing platform owned by Beijing-based ByteDance Ltd., giving the two sides until Sept. 15 to complete a deal. It was a reversal of a threat the President issued Friday when he told reporters he intended to ban TikTok in the U.S. over national security concerns.

TikTok, whose platform features short video clips of users performing stunts and lip-synching to hit songs, is among the fastest growing social-media networks in the world. Popular among teens, it is the first Chinese platform to achieve mainstream success in the U.S., where it has an estimated 50 million users, according to research firm eMarketer.

But the app has found itself at the centre of a standoff between the U.S. and China as lawmakers and rival social-media companies such as Facebook raised concerns that it was vulnerable to Chinese censorship and state surveillance.

Mr. Trump added uncertainty to the negotiations Monday by suggesting that any deal would require a U.S. company to acquire TikTok’s entire business and pay a “substantial portion” of the proceeds to the U.S. government. “We’re making it possible for this deal to happen,” Mr. Trump said. “Right now they don’t have any rights unless we give it to them.” Microsoft is in negotiations to acquire TikTok’s operations in the U.S., Canada, Australia and New Zealand in a deal that analysts estimated could be worth US$40-billion.

Microsoft confirmed Sunday that chief executive Satya Nadella had spoken with the President about plans to acquire TikTok’s operations in several countries. ByteDance would continue to operate TikTok in other parts of the world. It also offers a similar, but separate, app in China called Douyin.

The software giant based in Redmond, Wash., said it planned to invite other U.S. investors to bid for a minority stake in the deal, which it said would be subject to a full security review and a commitment to delete all data on TikTok’s U.S. users from servers outside the country.

“Microsoft appreciates the U.S. government’s and President Trump’s personal involvement as it continues to develop strong security protections for the country,” the company said in a blog post.

ByteDance has denied it takes orders from the Chinese government and has insisted that data on U.S. users are held outside China. It hired former Disney executive Kevin Mayer as TikTok’s chief executive in May and argued that it offers competition to social-media giants such as Facebook Inc. and Alphabet Inc.‘s Google at a time when tech giants are under increasing regulatory scrutiny in the U.S.

“TikTok has become the latest target, but we are not the enemy,” Mr. Mayer said in a blog post last week, promising TikTok would publicly disclose the data it gives to government regulators along with its content moderation policies.

News of Microsoft’s plans to strike a deal with ByteDance under pressure from U.S. authorities provoked a swift backlash in China, which is already locked in a standoff with the Trump administration over telecommunication giant Huawei’s access to 5G networks.

A Monday editorial in the Global Times, the newspaper run by the Chinese Community Party, accused the U.S. of “daylight robbery” and threatened unspecified retaliation by Chinese technology firms. “By slapping a deadline on the potential deal, Trump has effectively turned [the] transaction into a fire sale, further pressuring Beijing-based ByteDance to give up its business interests and intellectual property at a discounted rate,” the newspaper wrote.

In the U.S., Democratic lawmakers praised the proposed deal, even as Mr. Trump’s trade adviser issued a scathing criticism of Microsoft’s motives in pursuing TikTok.

“This is about privacy. With TikTok in China, it’s subject to Chinese Communist Party laws that may require handing over data to their government,” Democratic Senate leader Chuck Schumer said on Twitter. “A safe way must be found for TikTok to continue.”

But White House trade adviser Peter Navarro, a prominent China skeptic, told CNN Monday that Microsoft should be forced to divest any business it has in China before being allowed to acquire TikTok. “The question is, is Microsoft going to be compromised?” he said. “It’s clearly a multinational company that’s made billions in China.”

For Microsoft, the deal to acquire TikTok at a price that is likely to reflect the intense political pressure could be game-changing, analysts said.

TikTok could boost Microsoft’s consumer technology business and offer the software giant a significant foothold in the digital advertising industry now dominated by Facebook, Google and Amazon.com Inc. Microsoft has struggled to gain traction in online advertising. It once unsuccessfully tried to buy Facebook for US$24-billion before the social-media giant went public in 2012.

“Getting TikTok would give [Microsoft] another chance to get in on a fast growing, youth-oriented social-media property and be a way to try to get back at Facebook for spurning its advances,” eMarketer principal analyst Debra Aho Williamson said. 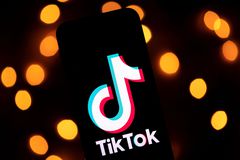 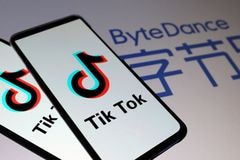