Shares of Tilray Inc. soared more than 25 per cent on Wednesday to $20.05, as the company reported its first quarterly results since its merger with Leamington, Ont.-based cannabis giant Aphria Inc.

The results were mixed, with Tilray reporting increased total revenue from cannabis, alcohol and hemp sales, while distribution revenue from its German pharmaceutical business, CC Pharma, dipped by 10 per cent in the quarter.

The newly formed company’s results for the full year and fourth quarter of fiscal 2021 reflected four weeks of legacy Tilray earnings and legacy Aphria’s earnings for the full year. The results were released a day before Tilray shareholders were scheduled to vote on diluting the company’s stock through the issuance of additional shares, which Tilray intends to use to finance potential acquisitions.

Tilray chief executive officer Irwin Simon told The Globe that he has compiled a list of mostly U.S.-based acquisition targets, but will only be able to execute a deal once the company issues the new shares. “We are going to do acquisitions, and they won’t get done with just the cash we have on hand. There are certain companies that want our shares and right now we don’t have any,” he said.

Tilray’s net revenue was US$142.2-million in the quarter ending May 31, a 25-per-cent increase from the prior year quarter, but lower than most analysts had predicted. Cannabis sales generated US$53.7-million for the quarter, while alcohol sales from Sweetwater Brewing Co. – an independent, Atlanta-based craft brewer that Aphria had acquired in November, 2020 – generated a further US$15.9-million in revenue.

The company charted a net income of US$33.6-million for the quarter, compared to a net loss of US$84.3-million in the prior year quarter. But for the full fiscal year, Tilray’s losses grew substantially to US$336-million, compared to a net loss of $100-million in 2020. This was because of transaction costs and fees related to the merger, as well as a US$170-million loss on convertible debentures that the company did not end up using.

Analysts were expecting a complicated quarter for the company, given the reconciling of financial statements after the merger, which closed in early May. Early commentary from some analysts on Wednesday indicated that the company’s results were perceived as neither positive nor negative, with its domestic cannabis sales stalling.

In a Wednesday note to clients, Stifel Financial Inc. analyst Andrew Carter pointed to data from cannabis intelligence firm Headset, which showed sales of the combined Aphria-Tilray portfolio of cannabis brands decreasing by 6.5 per cent in the past three months, in contrast to an overall increase in cannabis sales in Canada of 11 per cent. Mr. Carter said the trend suggested a “near-term difficulty” in driving underlying sales growth.

Tilray, however, blamed its weaker-than-expected cannabis sales on the COVID-19-related lockdowns that engulfed Ontario, British Columbia and Alberta during most of the late winter and early spring months. In most provinces, cannabis stores were closed and sales were limited to online orders. “We have lost more than US$100-million in revenue from cannabis sales during this pandemic,” Mr. Simon said. He added that he believes the company lost out on “impulse buying” that consumers would have engaged in had they been physically present in stores.

Cannabis companies have struggled to establish brand loyalty among their base of consumers, who oscillate between prioritizing price, quality and THC content. There are hundreds of different cannabis products in Canada, marketed under various brand names, so the average consumer does not necessarily associate with any specific cannabis company.

Mr. Simon and other cannabis company executives have for years been calling on the federal government to loosen advertising and marketing regulations for cannabis, but Ottawa has shown no sign of budging on the issue. “There is a lot that has got to change with regards to the way we sell cannabis in Canada,” Mr. Simon said. “Once there is federal legalization in the U.S., it will be hard for us to compete under the current rules.”

Tilray has a market share of about 16 per cent of the Canadian cannabis market, but intends to double that share over time, Mr. Simon told analysts during a conference call to discuss the earnings.

The company said it saved US$35-million last quarter primarily by shutting down a cultivation facility in Inniskillin, Ont., that belonged to legacy Tilray, and by laying off workers. The company also said it intends to find an additional US$45-million in savings over the course of the next year by implementing further cuts and streamlining its operations. 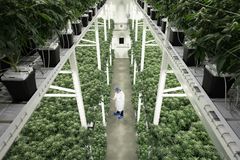 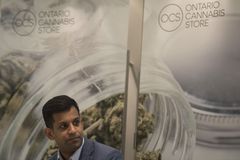 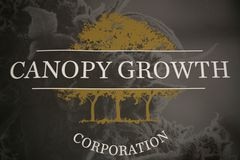