For years after the corporate roll-up that created Restaurant Brands International Inc., the company fought accusations that it was nickel-and-diming the franchisees at Tim Hortons, its major moneymaker. As it turns out, an awful lot of those nickels and dimes – a few hundred million – ended up in the pocket of CEO Daniel Schwartz.

Mr. Schwartz departed his executive roles at RBI at the end of September. It’s not a retirement, really, because he is 38 years old. In addition to serving as co-chairman of the RBI board, he is now giving more attention to being a partner at 3G Capital, the private-equity firm that formed RBI and gave him his executive role. And he has accumulated about $250-million from RBI stock awards in his nine years of work at the company.

You can see this as a story of extraordinary value creation: From 3G’s 2010 acquisition of Burger King, the company’s predecessor, the shares have increased 25-fold, and Mr. Schwartz’s pay package, heavily weighted toward equity, has reflected those gains.

Then again, it’s also a story about the mismatches and inequities of executive pay in the modern era.

Even in a time when the typical CEO makes hundreds times more than his subordinates, Mr. Schwartz’s pay stands out as more closely resembling the masters of the universe in the hedge-fund and private-equity industries. It’s even more conspicuous given how RBI’s front-line, customer-facing workers often make minimum wage.

And while the early Burger King shareholders have certainly gained, RBI stock, by contrast, has posted below-peer returns since its 2014 debut – undermining the argument that Mr. Schwartz has been paid for performance.

Mr. Schwartz joined 3G in 2005 as a 24-year-old analyst and became a partner in 2008. In October, 2010, 3G put him at Burger King, which it had just acquired, as deputy chief financial officer. He became CFO two months later, chief operating officer in April, 2013, and CEO two months after that, while still 31. He ceded the CEO role this spring and served as the company’s executive chairman until two weeks ago.

Here’s how Mr. Schwartz’s stock awards have played out, according to company documents and share-trading records.

In the four years Mr. Schwartz was an executive at Burger King, from 2011 to 2014, the company awarded him 2.6 million stock options. Nearly 1.6 million of those had an exercise price of less than US$4 a share.

In October, 2017, when the company’s New York Stock Exchange-listed shares were trading around US$64, he exercised them for a profit of US$95-million. (When he used the options, he sold fewer than half the shares on the open market and kept the rest.)

In May of this year, he used the remainder of his options granted in the Burger King years, making a profit of just more than US$47-million.

That left him with more than one million stock options and performance-share awards, all granted after the Burger King/Tim Hortons merger in 2014. While Mr. Schwartz cannot sell any of the shares at this point, at the US$71.74 closing price on Sept. 30, the stock is worth about US$50-million.

Sum all that, convert to Canadian dollars, and you’re looking at a quarter of a billion bucks.

Duncan Fulton, the company’s chief corporate officer, said Mr. Schwartz only sold enough of the shares acquired in 2017 to pay taxes, and a chunk of his profits from this May went to taxes as well. So, he argues, US$147-million in options gains only translated to US$16-million in pocketed cash. Mr. Fulton said Mr. Schwartz led an aggressive global expansion of Burger King to about 18,000 today from about 12,000 restaurants in 2010, while also leading the merger with Tim Hortons in 2014 and the acquisition of Popeyes Louisiana Kitchen in 2017. Jane Almeida, spokeswoman for Tim Hortons, said the company “has developed a much stronger relationship” with franchisees over the past year, including frequent meetings across the country and weekly discussions with an advisory board elected by restaurant owners.

Mr. Fulton said in an e-mailed statement: “Our growth story started around US$4 per share in 2010 and is more than than US$70 per share just 9 years later. US$30-billion of value has been created – in addition to returning more than US$4-billion to shareholders – so we would submit that our equity incentives have been entirely in line with the benefits our shareholders continue to realize in their ownership of Restaurant Brands.”

It depends, however, on which shareholders, and when. Burger King shareholders have certainly won, as noted, and Mr. Fulton suggests we look at stock returns since the day before the Burger King-Tim Horton’s deal was announced in August, 2014, an analysis that makes it a better performer than all five stocks in the S&P Restaurants sub-index.

RBI was born when the deal closed in mid-December 2014, though, and it’s that company’s currency that has paid out Mr. Schwartz’s gains. And since then, RBI has had a 120-per-cent dividend-inclusive return, according to S&P Global Market Intelligence. While that looks impressive, the stock has underperformed McDonald’s Corp., Darden Restaurants Inc., YUM! Brands Inc. and Starbucks Corp., which have all returned at least 130 per cent. Only Chipotle Mexican Grill Inc., which inadvertently poisoned its customers during the period, has done worse.

It’s a Whopper of a payout for Mr. Schwartz, for a Timbit of relative returns. 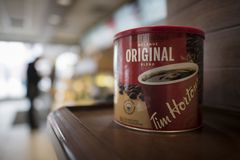 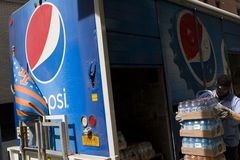 Opinion
Plant-based protein: Even McDonald’s is lovin’ it
October 1, 2019 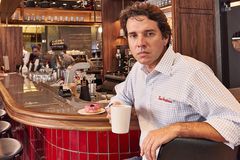