Tim Hortons has lost more than a third of its sales in recent weeks as people have been encouraged to stay home amid the COVID-19 pandemic, disrupting daily coffee routines and slowing traffic to restaurants and cafés.

The coffee-and-donuts chain saw the biggest impact in the last two weeks of March, when comparable sales declined by a percentage in the “high 40s” compared to last year, parent company Restaurant Brands International Inc. reported on Friday. By the end of April, those sales declines were in the “high 30s.”

The Toronto-based company commented on the impact of the pandemic on Friday as it reported financial results. It provided general percentage numbers for April in addition to the report for its first quarter, which was only partly affected by the spread of the virus because it represents the three months ended March 21.

Comparable sales is an important metric showing growth that does not include the impact of opening new restaurants. RBI also owns Burger King and Popeyes Louisiana Kitchen. Burger King saw comparable sales drop by a percentage in “the low 30s” in the last half of March. By the end of April, the decline was in the “teens.” Meanwhile, Popeyes recovered quickly and has returned to regular sales levels, helped by the popularity of its chicken sandwich.

Changes in behaviour due to COVID-19 have disproportionately affected sales of breakfast and snack items​, which hit Tim Hortons more than RBI’s other​ brands.

“Tims in Canada is a high-frequency breakfast, routine-based business. And we’ve seen throughout the industry that that’s been the hardest-hit business,” RBI chief executive Jose Cil said in an interview on Friday. Customers tend to stop by on their way to work or school, or while taking children to school and sports practices, he added. “That routine, that pattern in society, has been completely shut down in North America.”

Other fast-food companies have also been impacted by the pandemic even as they remained open. A&W Revenue Royalties Income Fund, for example, reported this week that sales at its A&W restaurants had fallen by 42 per cent since mid-March.

Things have improved in recent weeks, and Tim Hortons has adjusted its menu to scale back on certain items that were not selling as well, Mr. Cil said. RBI quickly changed its advertising plans in response to COVID-19, releasing new messages that emphasize the benefits of drive-through and home delivery.

Tim Hortons had already planned to introduce more digital features in this year’s Roll Up the Rim to Win contest to encourage downloads of its mobile app and loyalty program sign-ups that would allow it to advertise to customers more directly. As a result of the pandemic, the chain shifted to an all-digital version of the contest. Mr. Cil said the new sign-ups that generated could help the company send messages about safety and alternative purchasing options -- such as mobile ordering, contactless delivery and curbside pickup -- as communities re-open.

With customers staying home, the number of Tim Hortons franchisees signing up for delivery service from Skip the Dishes and Uber Eats has increased: Before the pandemic, 250 Tims locations had delivery, and now more than 1,000 offer it. Recently, restaurateurs across the industry have criticized​ third-party delivery apps for eating into profit margins that were already slim. Asked whether franchisees have had similar complaints, Mr. Cil said the company works with delivery partners closely, and the economics have improved dramatically in the past two years. RBI is also working on building delivery orders through its apps and websites, using third-party services only to take them to the customer, which typically results in lower fees, he said.

The company is monitoring disruptions in the food supply chain on an hourly basis, Mr. Cil said, as some meat processing plants in the United States and Canada have been forced to shut down due to COVID-19 cases. The company’s supplies of beef, pork or poultry have not been disrupted in North America, he said. 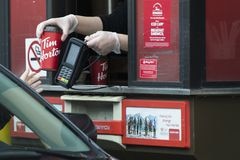 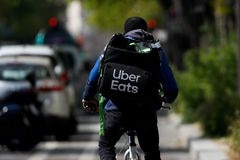 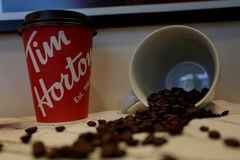