Tim Hortons is suspending a plan to give away 1.8 million reusable cups as part of its Roll Up the Rim to Win promotion, and will not serve beverages in reusable containers that guests bring themselves, amid concerns about the coronavirus.

The coffee-and-doughnuts chain had scheduled the giveaway for next Tuesday and intended it to be a symbol of the company’s commitment to reducing the amount of single-use packaging it employs, including the plastic-lined hot beverage cups that are not accepted for recycling in many jurisdictions. Tim Hortons manufactures approximately two billion disposable cups a year.

“Though health officials have not recommended any changes to current procedures, after listening to our restaurant owners and comments from our guests, we are going to pause on accepting reusable cups at this time,” Tim Hortons parent company Restaurant Brands International wrote in a statement released Friday morning. “We are continuing to reinforce proper health and sanitization procedures at our restaurants and our supply chain is sourcing extra gloves, hand sanitization gel and other essential cleaning materials should we need them in the coming months.”

The announcement comes just two days after Starbucks also said it was “pausing” its policy of filling customers’ orders in reusable mugs and a day after Second Cup made the same move. Those who show up with a reusable mug will still receive the usual 10-cent discount at Starbucks and 20 cents at Second Cup, but will be served in a single-use cup. McDonald’s Canada also said on Friday that it would not accept reusable cups for the time being.

None of the companies said how long the policies would be suspended.

Tim Hortons planned the reusable-cup giveaway in order to help revamp the image of its annual Roll Up marketing campaign. The contest, which hides prize coupons in the rim of single-use cups, attracted criticism last year for being wasteful by promoting the use of disposable packaging. The contest runs March 11 to April 7 and will still use paper cups for the first two weeks, but it will also allow contest participation through the Tims mobile app. It planned to encourage customers to bring in reusable cups by offering an extra chance at a prize for those who do so. The company said in its statement that it still plans to offer the extra 'digital roll’ for a chance at a prize for those who bring their own cups, but will only fill orders in disposable cups.

For high-traffic retailers however, particularly those in the foodservice sector, reusables are only one area of concern about the potential to spread viruses. Cashiers handle cash multiple times per hour, for example. Many of the coffee chains that suspended reusables also said they are stepping up other health measures. McDonald’s Canada is encouraging staff to clean “high-touch areas” more often throughout the day, including ordering kiosks, credit and debit card pin pads, and door handles and Second Cup has been providing extra sanitizing supplies to staff and customers. 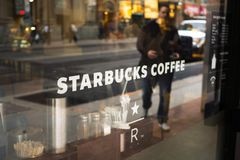 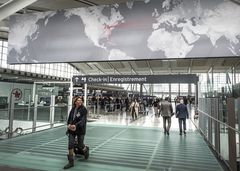