Tim Hortons warned six restaurant-owner activists last fall amid a rising franchisee protest that they should stop speaking out about their concerns or risk violating the terms of their licences.

The six franchisees, who make up the board of directors of the Great White North Franchisee Association (GWNFA), which was formed two years ago to represent restaurant owners’ grievances, were served with notices on Sept. 4 that the company believed they had breached corporate policy by contributing to negative media stories about Tim Hortons. The company issued similar types of warnings to them on Oct. 25.

The Sept. 4 notices were delivered a few days after the company revoked the licences of David Hughes, who was president of the GWNFA, and locked him out of his restaurants in Lethbridge, Alta., for violating his franchisee agreement by speaking to the media about the company.

The warnings, referred to as “brand protection” and “breach of media policy” notices, were revealed in documents filed late on Thursday in Ontario Superior Court to outline a proposed settlement of two lawsuits between franchisee Mark Walker, the current GWNFA president, and Tim Hortons.

The agreement, which gives all franchisees in Canada until April 26 to opt out, would withdraw the notices against the six franchisees, including Mr. Walker. It would also ensure they can renew their restaurant licences for another 10 years.

It also calls for the company to spend $10-million over two years for regional and local marketing to build the brand. And it provides for the company to pay $2-million toward the association’s legal and administrative costs. The settlement still needs to be approved by the court.

The notices came as the company became increasingly determined to reach a settlement with the franchisees to end a public battle that had dragged on since early 2017. The group of franchisees had complained that the company’s cost-cutting and management style were hurting the brand and their bottom line.

Mr. Walker said in an interview on Friday he has signed a non-disclosure agreement and could not speak about the warnings he and the five other franchisee leaders had received. But he said he was optimistic most franchisees would accept the settlement.

In an e-mail, Mr. Walker said the GWNFA “is very happy with the settlement agreement and we believe that it will be very positive for all Tim Hortons franchisees moving forward.”

Duncan Fulton, RBI’s chief corporate officer, who arrived last spring with a mandate to improve Tim Hortons’ damaged reputation, said in an interview: “The success of a good franchise business is that everyone pulls in the same direction. … That’s where we need to be as an organization.” He said the settlement allows the two sides to focus on a “positive, constructive relationship.”

Under the agreement, Tim Hortons will waive $88,000 that the court last fall ordered Mr. Walker to pay when he lost his bid to sue company executives individually as part of his lawsuits. The settlement allows franchisees to opt out of the company’s dairy and insurance contracts and find suppliers that can give them better rates.

Other franchisees were involved in the lawsuits, including Mr. Hughes, but they left the company last summer after RBI negotiated settlements with them for undisclosed amounts. The departures paved the way for talks between RBI and Mr. Walker that got the internal dispute out of media headlines.

In the past year or so, other franchisee activists accepted buyouts from the company and left, also signing non-disclosure agreements. Company executives have said they took advantage of recent changes that improved the value owners would receive if they sold their restaurants back to RBI.

RBI also named new executives at Tim Hortons, including president Alex Macedo, who came from RBI’s Burger King and had a reputation there of smoothing frayed franchisee relations. Tim Hortons has since rolled out new initiatives, such as all-day breakfasts and children’s menus, that are helping improve its financial results. 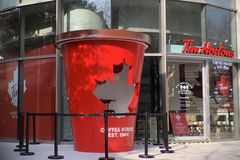 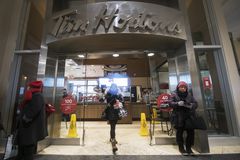 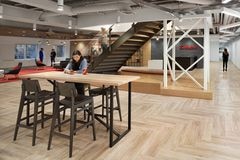