As Shopify Inc. ’s stock continues its run, crossing the $2,000 mark on the Toronto Stock Exchange for the first time this week, founder and chief executive officer Tobias Lutke has never been richer.

Mr. Lutke’s stake in the e-commerce software provider is now worth US$13.3-billion, or $16.7-billion in Canadian dollars. In addition, stock sale records show Mr. Lutke has generated gross proceeds of US$490-million since the beginning of 2020 by selling Shopify shares.

His ownership stake likely makes Mr. Lutke the richest Canadian, and it certainly makes him the wealthiest Canadian company founder who has created his own fortune. It has taken Shopify and 40-year-old Mr. Lutke just 16 years to amass his billions. His stake was worth around US$2-billion just over two years ago.

The stock’s recent run – it’s up more than 12 per cent this week alone – is due to increasing optimism over the company’s second-quarter earnings, to be released Wednesday morning.

Analysts were worried early this year that the company would struggle to repeat its scorching growth pace of the past year, which resulted from the shift to online commerce during the pandemic. But recently many have backtracked from that view and upped their forecasts and price targets for Shopify stock.

The consensus view is that Shopify will disclose that its June 30 quarter was the first in which it topped US$1-billion in revenue. It’s estimated about 10 per cent of all e-commerce traffic in the U.S. goes through stores hosted by Shopify, second only to Amazon.com Inc.’s 39 per cent.

Richard Tse, an analyst with National Bank, this month raised his estimates and target share price to US$2,000 from US$1,650. He expects Shopify to report that the number of merchants it serves grew at one of its highest rates of the past two years.

Paul Treiber of RBC Dominion Securities Inc. raised his target price on Friday to US$1,800 per share, from US$1,700, saying “the rally reflects improving investor sentiment that Shopify’s growth in the near-term would decelerate less than feared and greater confidence in Shopify’s long-term opportunity.”

Netherlands-based Privium Fund Management B.V., which has more than US$2.5-billion in assets and says Shopify is one of the key holdings of its Guardian Fund, told clients in its second-quarter letter to investors it believes Shopify will have a US$1-trillion market capitalization before 2030, up from about US$200-billion today. (Apple Inc., Microsoft Corp., Amazon and Alphabet Inc. are the only companies with that value today, with Facebook Inc. dancing around the mark.)

Mr. Lutke owns just under 7.5 million of Shopify’s special Class B shares, which allow their holders 10 votes per share. He also owns about 80,500 of the Class A shares, which trade on the New York and Toronto stock exchanges. Together, those holdings are worth about US$12.4-billion at Friday’s closing price.

Mr. Lutke also has about 580,000 stock options worth about US$850-million, assuming they were exercised now (although some haven’t vested and are not available for sale). Of those, 403,348 were granted prior to the company’s 2015 IPO, are linked to the Class B multiple-voting shares and have an exercise price of US$6.22 apiece. They must be used by December, 2024.

Mr. Lutke’s $490-million in stock sales since the beginning of 2020 have largely come from the exercise of stock options, meaning his pre-tax net proceeds were less than $490-million.

He has been using a stock-sales plan that allows him to execute regularly scheduled transactions. Each week this month, he exercised 3,210 options for US$180.38 per share – a cost of US$579,019 – and sold the stock for gross proceeds of more than US$5-million.

Trackers of the world’s wealthiest individuals list industrialist Jim Pattison; Anthony von Mandl, the creator of Mike’s Hard Lemonade; and Lululemon Athletica Inc. founder Chip Wilson among Canada’s richest. Joseph Tsai, a Taiwan-born Canadian citizen who lives in the United States and is a co-founder of Chinese e-commerce giant Alibaba Group Holding Ltd., has an estimated personal wealth of about US$10.5-billion, according to the Bloomberg Billionaires Index.

Editor’s note: An earlier version of this story said Netherlands-based Privium Fund Management B.V., which holds Shopify in its Guardian Fund, owned US$117-million of Shopify as of its most recent disclosures. In fact, it is Guardian Capital LP that owns that amount; Privium does not disclose its exact holding. Also, the story said Shopify will report its second quarter earnings on Tuesday. In fact, the earnings release is scheduled for Wednesday. Why Shopify’s Tobi Lutke is wary of U.S. tech giants setting up shop in Canada
September 25, 2018 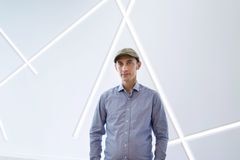 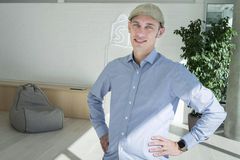