The managing director of the Canadian division of France’s Ubisoft Entertainment, one of the world’s largest producers of video games, has resigned amid a widening sexual harassment scandal that ignited a few weeks ago with many complaints on social media.

Ubisoft, which has benefited from government subsidies that have helped make it the crown jewel in Quebec and Ontario’s video game industries, announced in a statement Sunday that Yannis Mallat was stepping down and “will leave the company, effective immediately.”

The statement made no allegation of any harassment on the part of Mr. Mallat, but his departure comes on the heels of a series of reports – on social media and later in traditional publications – about systemic sexual misconduct by other Ubisoft officials, including two officials who played roles at the Toronto studio.

“The recent allegations that have come to light in Canada against multiple employees make it impossible for [Mr. Mallat] to continue in this position,” Ubisoft said in a statement.

Mr. Mallat did not respond to a request for comment sent through LinkedIn.

Ubisoft has developed many popular video game titles, including the Assassin’s Creed series, and holds a prominent place in Canada’s video game sector. Aggressive tax breaks introduced by the Quebec government more than two decades ago helped make it a leader in the province. In 2009, the then Ontario Premier Dalton McGuinty’s government leapt into the incentive fray, promising the company $263-million over 10 years.

The result was the launch of a Ubisoft studio in a redeveloped factory in Toronto’s west end – one that is now a focal point for the company’s woes.

The scandal first erupted more than two weeks ago, in late June, when many video game enthusiasts spontaneously began posting stories on social media about sexual misconduct in the industry. Before long, the US$150-billion global business, which has long fended off allegations of misogyny, was fully engaged in a #MeToo-type reckoning. Ubisoft was at the forefront of allegations as gamers – some alleging direct knowledge and some speaking on behalf of others – complained about a history of sexual misconduct at the company.

Within days, the Paris-based daily newspaper Libération as well as Kotaku, a video game news site, produced investigative reports detailing the experiences of women who complained about unwanted sexual advances and a company culture that discouraged whistle-blowing.

The Kotaku story focused on Maxime Béland, who was one of the founders of the Toronto studio and was named vice-president of editorial for the parent company earlier this year.

The piece quoted several women, who were granted anonymity, alleging Mr. Béland used lewd language and touched them inappropriately. One woman alleged that, at a launch party, Mr. Béland put his arms around her neck to demonstrate how another colleague liked to be choked during sex.

Mr. Béland did not respond to a request for comment from The Globe and Mail, nor did he comment for the Kotaku story.

On July 3, Ubisoft announced that Mr. Béland had resigned, but said the company continued “to investigate the allegations made against him.” In the same statement, Ubisoft said a Paris-based vice-president, Tommy Francois, had also been put on disciplinary leave pending the outcome of an investigation. Another Toronto-based employee, who the company declined to identify, was terminated “for engaging in behaviours that do not align with what is expected of Ubisoft employees.”

Ubisoft chief executive Yves Guillemot, who pledged a “structural shift” rather than a “quick fix” at the outset of the scandal, has continued to shake up the company’s executive ranks. In addition to the departure of Mr. Mallat announced Sunday, Ubisoft said its chief creative officer, Serge Hascoët, has chosen to resign from his position. In the same announcement, the company said it was replacing its head of global human resources, Cécile Cornet, who stepped down because she “believes it is in the best interest of the company’s unity.”

Ubisoft has retained an external Montreal human resources firm, Relais Expert Conseil, to investigate the allegations about the Toronto studio, Michael Burk, the company’s senior director of corporate communications, said in an e-mailed statement to The Globe.

Not only has Ubisoft won support of Canadian politicians in the past, it has also attracted capital here. In 2018, the Ontario Teachers’ Pension Plan invested $400-million in the company, which at the time was a 3.4-per-cent stake. 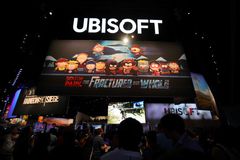 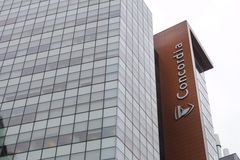