The Toronto Region Board of Trade is calling on the Ontario government to introduce a vaccine passport system for non-essential business activity, as European nations like France begin to make vaccine passports a part of daily life.

Quebec has signalled it will require vaccine passports for non-essential activities by September if COVID-19 rates increase, and Manitoba is already issuing vaccine cards to fully immunized people.

Jan De Silva, CEO of the board, says vaccine passports are the only way to safely reopen larger events like business conferences and will help revive tourism.

“The EU as of July 1 has gone live with the digital pass, and the reason why we’re so pro using that tool is that we’ve worked so hard and our small businesses have gone through multiple lockdowns that have had a devastating affect to them,” said De Silva.

“Now that we’ve got sufficient vaccine, it’s a way to start resuming a more normal form of day-to-day living.”

She said it’s a personal decision to get vaccinated, but accessing major events and indoor dining requires moral responsibility.

The board of trade says it is having discussions with the Ontario premier’s office about introducing a vaccine passport system.

She said a digital proof-of-vaccinations system could look similar to one implemented in Europe and some Asian countries, where people’s information is protected and anonymized, but can easily be displayed on a phone.

In Quebec, the Chamber of Commerce of Metropolitan Montreal said it is pleased the government has announced the use of a QR-code system for use as a vaccine passport, but said it could also be more widely used.

Michel Leblanc, President and CEO of CCMM, said he would have liked businesses like bars and restaurants to have the option to use the QR code system now to increase their capacity limits.

He said venues are still being hurt by capacity limits, and should be able to choose to reopen fully to vaccinated people.

“We’re missing the chance to create a very strong incentive for people to get their second dose,” said Leblanc, who said similar QR systems have been proven to work in countries like Israel.

“We’re not reinventing the wheel here, it’s happened elsewhere before and it worked.”

However, not all provinces are friendly to the idea. Alberta Premier Jason Kenney said Monday the province will not be issuing vaccine passports.

Prime Minister Justin Trudeau said Tuesday that decisions on domestic vaccine passports will be up to the provinces.

“Different provinces will be doing different things,” said Trudeau, who appeared virtually at a news conference in Nova Scotia Tuesday.

He said the federal government’s responsibility lies in standardizing proof-of-vaccination for international travel.

“In terms of domestic reflections (of vaccine passports) that’s something the provinces themselves will establish as what is right for them,” said the prime minister.

Dr. Soumya Swaminathan, chief scientist at the World Health Organization, said on July 12 that the WHO is a week to 10 days away from publishing guidelines for countries on digital certification of vaccine status, or the use of vaccine passports for international travel.

“That is something that is good to have, a digital certification, and we want to make sure that these certificates are interoperable between countries across national borders. It’s in the final stages. It’s almost ready now,” Swaminathan said at a WHO media briefing.

With files from Mia Rabson 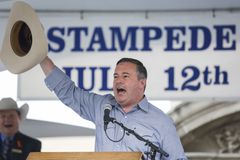 July 5: ‘How can an AstraZeneca vaccine … the one in my arm … be viewed as unacceptable?’ Vaccine passports, plus other letters to the editor
July 5, 2021 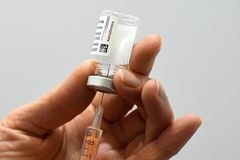