Home buyers in the Toronto region are paying significantly more in taxes and development charges on newly constructed homes than purchasers in other major Canadian and U.S. cities, according to a new study released Monday.

A report from the Building Industry and Land Development Association (BILD), which represents builders in the Greater Toronto Area, said government fees and taxes on new low-rise homes are 73 per cent higher in the GTA than in the average of four other major Canadian cities, and are more than 200 per cent higher than the average of six major U.S. cities.

BILD chief executive David Wilkes said the review suggests Toronto-area municipalities are imposing excessive fees on new developments as an alternative to raising property taxes on existing homes, and the policy decision is a contributing factor in rising home prices in the region.

“We think this just adds more concrete knowledge that the GTA is an outlier, that the GTA is taxing more, and that is one of the root causes of affordability challenges that we are facing,” he said. “And we need to look for solutions on this or we will never get to a solution on affordability."

The report, prepared by data firm Altus Group, looked at comparable costs for a hypothetical new housing subdivision with 125 detached homes in each of the metropolitan areas studied.

The report said an average detached home in the GTA includes $222,652 worth of government-imposed taxes and fees, including HST, GST, land-transfer taxes and various development charges charged by municipalities on builders. Development charges are used to pay for infrastructure such as sewers, roads, schools and parks, and are passed along in the sale price of a new home.

Four other Canadian cities studied – Vancouver, Calgary, Ottawa and Montreal – include an average of $128,788 in government taxes and fees on a new house, while six U.S. metropolitan areas – New York, Boston, Chicago, Miami, Houston and San Francisco – charged an average of $69,347. (U.S. dollars were converted to Canadian to permit a comparison.)

A main cost difference in costs between Canadian and U.S. cities is that the U.S. cities studied do not impose sales taxes on new homes, whereas all the Canadian regions studied impose taxes such as HST or GST. Government fees in the study also included other costs paid directly by buyers, such as land-transfer taxes and CHMC mortgage insurance.

However, the report also looked only at the fees paid directly by builders – primarily municipal development charges – which averaged $92,155 in the GTA, almost 2.4 times more than the average of $38,870 in other Canadian cities. Developer fees in the GTA were 70 per cent higher than the U.S. average of $54,262 in the cities studied.

Excluding taxes and fees paid directly by consumers, the developer-incurred fees for condominium units averaged $68,370 in the GTA, about double the average of $34,264 in other Canadian cities. Developer fees for condos averaged $57,725 in the U.S. markets included in the report.

Mr. Wilkes said developers support the idea that they should pay significant fees to fund infrastructure such as sewers, roads and schools, and that “growth should pay for growth.” But he said municipal politicians are loading too much burden on future buyers because there is no political pressure from people who haven’t moved to a region yet.

After new development fee increases take effect in the City of Toronto on Nov. 1, development charges in the city will have risen almost 1,000 per cent since 2004, while property taxes have climbed just 50 per cent in the same period, Mr. Wilkes said.

“There obviously is and always will be more resistance to property tax increases because of the voices that will be affected by it,” Mr. Wilkes said. “I think because of that, development charges have been skewed inappropriately, and growth is now paying for more than growth.” 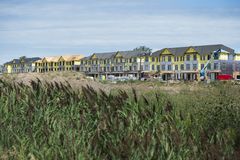 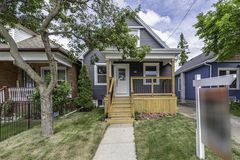