Toronto’s housing market eased further in June, with the average selling price declining 2 per cent over May and sales dropping for the third straight month.

There were 11,106 home resales in the Toronto region in June, up 29 per cent over the same month last year but 7 per cent lower than in May, according to the Toronto Regional Real Estate Board, or TRREB. That followed two consecutive months of double-digit percentage sale declines.

Across the Toronto area, the average selling price was $1,089,536, a jump of 17 per cent over last year but down 2 per cent from the previous month.

TRREB’s home price index, which adjusts for luxury home sales, hit $1,050,300, an increase of nearly 20 per cent year over year. But compared with May, the price index was flat after rising as much as 5 per cent from January to February.

Realtors said at the beginning of the year that virtually every property was selling but now buyers are pickier.

“Buyers are more selective. They have more choice,” said Paul Singh, a realtor with Justo Brokerage.

Mr. Singh said homes that would have fetched $1-million in the first quarter of the year are now selling for between $970,000 and $980,000. At the same time, he said other properties continue to be high in demand and are going for well over the asking price.

In the Simcoe region, north of Toronto, and in Halton, to the west, the home price index was essentially flat after declining in the previous month. The pandemic’s real estate boom was led by homebuyers seeking bigger properties outside of Toronto, which led to price inflation across smaller cities and rural areas that were not accustomed to bidding wars and multiple offers on properties.

With houses selling above $1-million in the Toronto region, more buyers have been priced out of the market or have considered condos. Last month, resales fell for every type of property except condos, which rose by 4 per cent over May. The average selling price of a condo was $683,479 across the Toronto region, which was flat over the same period.

The number of new listings of all types of homes continued to decline in June and TRREB renewed its call on policy makers to help real estate developers build more homes. “The only long-term solution to affordability is increasing supply to accommodate perpetual housing needs in a growing region,” TRREB president Kevin Crigger said in a news release.

Mr. Crigger and most of the real estate industry has said the federal government’s higher immigration targets will continue to fuel sales and prices.

Zaynah Marani, an immigration lawyer with her own firm, Marani Law LLP, said that she has seen more new permanent residents this year. Ms. Marani said that while most of the new immigrants are already in Canada, becoming a permanent resident allows them to buy real estate without paying the 15-per-cent foreign real-estate buyers’ tax that is in place in the Toronto region. She said that motivates new immigrants to buy property.

June was the first month under the federal government’s stricter mortgage stress test. It is unclear whether this contributed to the slowdown in activity.

In the country’s most expensive real estate market, sales were also down in June. In the Vancouver region and B.C.’s Fraser Valley, the volume of sales fell 12 per cent and 24 per cent, respectively, according to their local boards. However, prices for all types of properties were higher than in the previous month. In the Vancouver region, the home price index for a detached house hit $1,801,100. In the Fraser Valley, it reached $1,324,400. 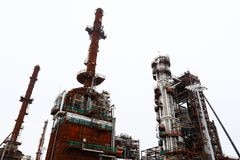 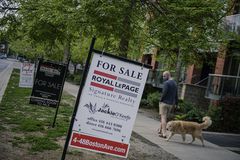