It’s rare to see a business run into credit difficulties these days, as interest rates remain low by historic standards and corporations enjoy easy access to debt. But Infor is betting North America’s decade-long credit-fuelled party is about to end and a nasty hangover is coming.

Toronto-based Infor hired Paul Liebovitz, who has worked on many of Canada’s largest corporate meltdowns, in early February as head of a newly established recapitalization and restructuring group. Over a 30-year career, Mr. Liebovitz has both advised troubled companies and invested in distressed debt.

Infor was founded in 2015 and focuses on providing merger and acquisition and financing advice to growth companies in the mining, financial services, cannabis and technology sectors. The employee-owned firm is home to two dozen bankers and has advised on 1,800 transactions valued at $250-billion. Chief executive officer Neil Selfe said the decision to move into restructuring reflects a view that a downturn is overdue in credit markets.

“We believe the current economy cycle, bolstered by extended periods of low interest rates and excess leverage, is in its final stages and a substantial corporate restructuring pandemic is nearing,” Mr. Selfe said. Infor is well positioned to advise distressed borrowers, he said, because “as the largest providers of debt, Canadian banks are conflicted in helping corporations navigate this environment.”

Ratings agencies are sounding a similar warning on debt levels. Corporate borrowing is at a record high as a percentage of GDP. Standard & Poor’s Financial Services LLC projects US$4.88-trillion of corporate debt will come due at North American corporations over the next four years, including US$1.55-trillion of high yield debt. In a report issued in August, S&P said there are “concerns that highly leveraged companies could be squeezed by the rising costs of borrowing in increasingly volatile credit markets.”

Infor’s Mr. Selfe said his firm’s research shows Canadian banks have already begun pulling back on lending to non-investment grade companies. He said it’s likely that in the near future, “issuers have to roll over debt at higher rates, and potentially in a recessionary environment.”

The next downturn in credit markets will be the first test of a new breed of non-traditional lenders such as private equity funds that took advantage of easy access to capital over the past decade and began competing with banks by making loans in what’s known as the private debt market. These lenders have advanced a significant amount of money – data service Preqin estimates the 100 largest private debt funds have raised US$686-billion since 2009 – and a recession will reveal who really understands covenants, collateral and the other characteristics that separate reliable borrowers from corporate deadbeats. Mr. Liebovitz said Infor plans to build strong relationships with private-debt funds.

When the next credit crunch plays out, corporations will find some of the bankers they looked to during the last credit crisis in 2008 have moved on. There are relatively few specialists in distressed situations and two seasoned advisers – former Canaccord Genuity Group Inc. executives Barry Goldberg and Phil Evershed – left the independent dealer in 2015 to work for private equity firm PointNorth Capital Inc. BMO Nesbitt Burns Inc. also has an experienced restructuring group, but can run into conflicts when advising on the fate of troubled loans made by the parent bank.

Mr. Liebovitz joined Infor after serving as chief operating officer at credit-focused hedge fund Fiera Quantum Limited Partnership, which was formerly GMP Investment Management. The fund was a central player in the restructuring of Canada’s asset backed commercial paper market following the global financial crisis. Prior to that, he ran a mezzanine debt fund at Toronto-Dominion Bank.

Earlier in his career, Mr. Liebovitz was at Bank of Nova Scotia and worked on some of the country’s most complex restructurings, including workouts of Unitel Communications Inc. and real estate company Olympia & York Developments Ltd. 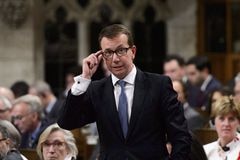 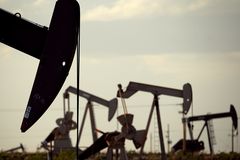 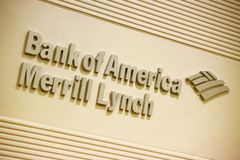