Rogers Communications Inc. is exiting the magazine business after a months-long search for a buyer ended with a deal to sell Maclean’s and six other titles to Toronto Life owner St. Joseph Communications.

The companies announced the agreement on Wednesday, saying the deal is expected to close next month. They did not disclose financial terms but said St. Joseph would offer employment to about 125 current Rogers Media publishing employees.

Rogers earns more than 85 per cent of its revenue from its wireless, internet and cable TV operations and in recent years has shifted its media division to focus more on sports, which still draws live-TV viewers. It operates the Sportsnet broadcast properties, has a $5.2-billion, 12-year contract for National Hockey League broadcast rights and also owns the Toronto Blue Jays.

In mid-2018, Rogers laid off 75 full-time employees, cutting the size of its digital content and publishing staff by one third amid steadily declining advertising revenues. Around the same time it hired investment bankers at Canadian Imperial Bank of Commerce to find a buyer for the magazine business. The Globe and Mail reported that Rogers was near a deal in November to sell the titles to Roustan Media Ltd., the publisher of The Hockey News, but the agreement fell apart at the last moment.

“In today’s changed media environment, we felt the magazine brands would best flourish in a well-established company dedicated to publishing,” Andrea Goldstein, a spokeswoman for Rogers Media, said in an e-mail on Wednesday.

“We see this as an incredible opportunity. The titles we’re acquiring from Rogers are iconic Canadian brands. They have proud histories, huge audiences, devoted readers and a nationwide base of subscribers,” he said in an interview. “It would be nearly impossible to build anything like this from scratch.”

Mr. Gagliano said he wouldn’t have made the deal if he didn’t see a long-term business case for the magazines. He also said his father inspired him to use the business to “make community better.” The post-Second World War immigrant from Italy, who founded the printing company in his basement six decades ago, committed early on to making regular charitable donations, and Mr. Gagliano said publications that foster public engagement are “another way to help communities.”

“Maclean’s can help make Canada better if it’s managed well. I think we have an obligation and a duty with these brands to help make our country just a little bit better.”

He said St. Joseph’s dedicated focus on printing, content and magazines will help it succeed with the publications in a way that Rogers could not, adding, "At the end of the day, this has to be sustainable.”

St. Joseph was completing a different acquisition when Rogers put the magazines up for sale – it bought custom-content agency Totem in June – and “it wasn’t an ideal time for us," Mr. Gagliano said, adding that his company has “been engaged with Rogers over the last several months.”

In November, a group of Rogers Media employees put forth a proposal to purchase the magazine publishing assets. The group was spearheaded by Alison Uncles, editor-in chief of Maclean’s magazine, and entrepreneur Scott Gilmore, a former diplomat who is a Maclean’s contributor.

The Globe reported in late December that the employee offer was designed to provide staff with equity in the business, as well as the opportunity to purchase stock over time. A key feature was a commitment to maintain the staff headcount of nearly 150 people at the digital-content and publishing business until at least 2021, with no reductions in pensions or benefits and following existing union agreements.

“St. Joseph Media is a great company, and if they are able to honour their commitments to keep all the brands and all the staff, then we are happy to see these important publications go to a new and stable home," Mr. Gilmore said in an e-mail Wednesday. "Obviously, we are disappointed that our bid, which would have provided the employees with a meaningful ownership stake, was not successful. But, if there is anything we can do to help St. Joseph’s succeed, we will do it.”

Mr. Gagliano would not comment on any specific commitments St. Joseph made with respect to employees beyond offering them ongoing employment at this time. He said St. Joseph will not take on any employee pension liabilities as part of the agreement. Ms. Goldstein said for employees with defined benefit pension plans who “elect to defer their pension with Rogers, then the pension liability will stay with Rogers.”

Sarah Trimble, senior vice-president of publishing at Rogers, will continue to manage the Rogers magazine brands. Both she and Doug Kelly, president of St. Joseph Media, will report directly to Mr. Gagliano.

According to information Rogers provided to potential buyers, the magazines had $12-million in print advertising revenue last year, and $9.5-million in digital ad sales; print circulation accounted for $16.5-million in revenue while digital circulation was roughly $600,000. 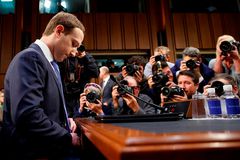 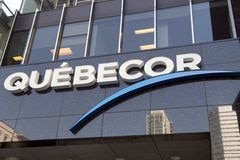