The company launched in 2017 with just four employees and says it now has more than 500 serving the Vancouver, Toronto, Ottawa and Montreal regions, largely working in warehousing and delivery. Its proprietary software helps manage orders, warehouses and delivery routes and overall logistics operations. This system has helped tens of thousands of Canadians hand off, store and retrieve their bikes, furniture and other space-consuming stuff, chief executive officer Mark Ang said.

But a couple of years ago, Second Closet’s executives realized something about what they’ve built: “The rhythm of that operation is almost exactly the same as the traditional logistics provider for a brand,” the CEO told The Globe and Mail. With a team, culture and warehousing space already equipped to help brands store goods and ship them directly to consumers, they mostly had to revise their software.

So that’s what they did. The first year of helping brands with logistics had strong uptake, helping it triple revenue from the prior fiscal year. But the pandemic-driven surge in e-commerce helped Second Closet’s brand division soar, with revenue expected to quadruple, Mr. Ang said.

The company is changing focus just as it secures $20-million in venture financing, announced Tuesday, bringing its total funds raised to $35.2-million. Second Closet said it would will use the funding to expand within the business-to-business market in Canada and boost its staff, including its executive ranks and product team.

The company stopped taking new consumers storage orders on Sunday, but will continue to work with its existing consumers as it seizes its new opportunity working with brands. It’s a change that serial entrepreneur Michael Hyatt, who supported the original business model as a founding investor, said would greatly widen the company’s reach.

“Second Closet is where retail would have been in 10 years, but the pandemic teleported us there,” Mr. Hyatt said in an interview. It now works with brands ranging from mattress provider Endy to the fashion house Chanel. “They couldn’t be more different, but the company works with both,” said Mr. Hyatt, who returned as an investor in this round.

Whitecap Venture Partners, which spearheaded Second Closet’s Series A financing in late 2019, co-led Tuesday’s investment round. Whitecap partner Shayn Diamond remembers first meeting Second Closet’s executive team that year and learning that about 20 per cent of its business was already brand-related – something that had great potential. Over time, he said, the economics of working with brands made more sense. The relationships can be deeper and the orders have more frequency.

Soon, the startup began beating incumbents in the storage and logistics sector for contracts with brands – which he said was a crucial vote of confidence, given they then depend on Second Closet for the highly scrutinized “final mile” of getting products to buyers. “You’re representing the end brand in their consumer relationship,” he said. “Which is an amazing degree of trust for these brands to have in Second Closet.”

The funding round was co-led by Intact Ventures, an investment wing of insurer Intact Financial Corp. MIG and Cowie Capital Partners also participated in the round.

When brothers Ben and Mark McLean launched their direct-to-consumer bedsheet startup Benji Sleep in 2018, they began shipping products from their parents’ basement. That soon became untenable – until Second Closet stepped in and took that work over for them.

“As we grew, they were able to grow and tailor their services and processes to what we needed as a company,” Ben McLean told The Globe. “They allowed us to focus on building and scaling our business.”

The pandemic struck the office-furniture supplier Branch Furniture particularly hard – especially given that it first expanded to Canada in January, 2020. Within weeks, millions of dollars in its sales pipeline disappeared, forcing it focus on home offices, said its Toronto-raised co-founder, Verity Sylvester.

In its brief prepandemic honeymoon in Canada, Branch had used Second Closet for deliveries and office setups. When Branch had to change gears, Ms. Sylvester said Second Closet set the company up with a new cost structure, arranged home deliveries in key markets and gave access to its other delivery networks. “They really saved our behinds through our pivot,” Ms. Sylvester said.

Mr. Ang said Second Closet will be happy to keep serving its existing individual customers who have long supported the company. But he said the company found it was easy to hit a ceiling in the value it provided customers, who would often use the company just once or even forget their stuff in a Second Closet warehouse. But by helping companies get their products to consumers, “you can make thousands of memorable experiences daily, and that relationship is ongoing.” 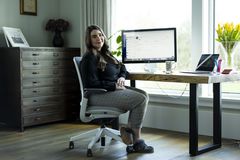 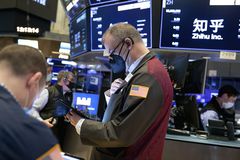 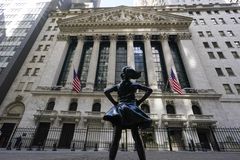