Toronto video-hosting startup Rumble Inc., which has recently become a destination for right-wing content creators, has launched an antitrust lawsuit against Google LLC accusing it of “rigging” search results to give preference to YouTube videos.

Filings dated Jan. 11 from a U.S. federal court in California allege that Google’s search engine is “able to wrongfully divert massive traffic to YouTube, depriving Rumble of the additional traffic, users, uploads, brand awareness and revenue it would have otherwise received.” Rumble’s legal team wrote that this is exacerbated by the inclusion of preinstalled YouTube apps on Google’s Android phones.

The suit claims damages “in excess of” US$2-billion.

None of the allegations have been proven in court. Asked to comment on the suit, Google spokesperson Lauren Skelly said by e-mail: “We will defend ourselves against these baseless claims.”

Rumble launched in 2013 and built a revenue model based on licensing agreements with video content creators. The company posts those videos on its own streaming site while also licensing them to other platforms such as YouTube, sharing advertising income with creators.

The company claims its videos have received 9.3 billion views on YouTube alone since 2013, but alleges that because YouTube videos appear higher in Google search results, Rumble makes less money than it would if people watched the videos on its own platform.

Rumble’s filing said it only receives US$0.48 per thousand views on YouTube compared with US$10 to US$30 per thousand views on its own platform. “It is Google’s unlawfully acquired monopoly power in the relevant market that has allowed it to pay so little, and keep so much, of the advertising revenue,” it states.

The lawsuit comes as Google and its fellow Big Tech giants face increasing scrutiny for their market power – including antitrust lawsuits against the search giant led by dozens of U.S. states and the federal Justice Department, and several investigations by the European Commission.

Rumble describes itself as a platform for the “little guy/gal” and has historically hosted viral style videos such as “Pup goes bonkers after two weeks apart from owner” and “Super friendly rabbit incredibly plays with wild deer,” mixed in with uploads from news sources such as Reuters.

It has also long framed itself as a creator-friendly alternative to YouTube, in which the “little guy” has a greater chance to have content seen by a wide audience. In the past year, that has helped drive numerous conservative content creators to join Rumble as part of a broader migration away from traditional social-media and video platforms.

Those creators include far-right cable channel One America News Network and radio host Dan Bongino – who claims to have ownership stakes in both Rumble and Parler, the social media-platform that was blocked this month by Google and Apple Inc. app stores and removed from Amazon.com Inc.’s servers over threats to public safety.

Rumble did not make a representative available for an interview this week, citing continuing litigation. But chief executive officer Chris Pavlovski told Buzzfeed News late last year that, for content creators, “We’re the clean YouTube competitor, the place they can feel safe.” He added that the company does not get many reports of misinformation, but that Rumble has a “pretty strict policy” around certain illegal material.

In its filing, Rumble says it hosts content from more than two million creators and that its videos get more than 100 million streams each month. It alleges that since Google bought YouTube for US$1.65-billion in 2006, “the number of competitive video-sharing platforms has dwindled dramatically as other platforms were not able to survive as a direct result of [Google’s] unlawful and exclusionary conduct.”

The Wall Street Journal first reported on Rumble’s lawsuit filing this week. In it, the company cites an October, 2020, report from the U.S. House of Representatives that said “numerous market participants noted that Google’s favouring of its own sites and demoting those of third parties has effectively increased their cost of distribution.”

Rumble claims it has received just US$4.3-million from Google, but says it would have received an additional US$180-million had it brought in US$20 in revenue per thousand video views it receives, on average, from views on its own platform.

But Rumble also claims that because “industry reports” say YouTube viewers watch 11 videos per visit to the site, “Rumble would have had an additional 93 billion video views, on top of the 9.3 billion views, which translates to damages of [US]$1.98-billion.”

The company’s counsel, from the firm Burke, Williams & Sorensen LLP in California, is requesting a jury trial. 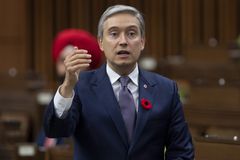 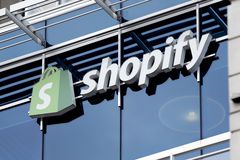 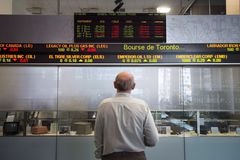