SnapTravel, formally registered as Wise Travel Technologies Inc., helps consumers book hotels over services such as text messaging, Facebook Messenger and WhatsApp, and claims to offer savings of between 30 per cent and 50 per cent for each booking. Its “travel assistant” software uses machine learning and language-processing algorithms to make offers to consumers and guide them through booking. The company likens the experience to booking a hotel by talking to a friend or travel agent, as opposed to navigating a sea of websites and pop-up ads online.

Two-year-old SnapTravel says it has served more than two million customers in at least 150 countries, and has processed more than US$50-million in sales in 2018, amounting to 450-per-cent year-over-year growth. The company takes a cut of revenues from the bookings they make.

Adding to funding announced in 2017, the announcement marked a total of US$21.2-million for SnapTravel’s first major round of venture-capital financing. New investors in the tranche announced on Tuesday include Mr. Curry’s investment business SC30, as well as Telstra Ventures, which is co-owned by the massive private-equity fund HarbourVest and the Australian telecom Telstra Corp. Ltd. Montreal-based iNovia Capital is also an investor.

A report last year by Arizton Advisory & Intelligence forecast the global “chatbot” market to grow to US$800-million between 2017 and 2022, with a compound annual growth rate of 28 per cent. Demand for the technology is growing: The Boston-based e-commerce platform Salsify just last month acquired Austin, Tex., startup Welcome Commerce Inc., bringing with it chatbot technology used by such brands as Walmart Inc. and Office Depot Inc.

SnapTravel was co-founded in 2016 by two serial entrepreneurs, chief executive Hussein Fazal and chief technology officer Henry Shi, who had been exploring technology ideas in the travel sector. Around that time, Facebook had opened a platform for businesses and coders to build on top of its Messenger service, leading to a rise in “chatbots” for e-commerce. Here, the co-founders saw an opportunity.

“A lot of people, instead of wanting the standard search experience, wanted the travel-agent experience,” Mr. Fazal said in an interview.

At first, Mr. Fazal said, SnapTravel’s service was “100 per cent human” – that is, he and Mr. Shi would respond to chat inquiries themselves in order to prove there was demand for their service. After a few dozen successful bookings, they believed they had a business.

That’s where the machine-learning and language-processing technology came in. SnapTravel’s software now scours the web for deals by responding to its users’ inquiries, learning more each time. If the software alone can’t swing it, a real human logs on and will dig up the information personally, in turn training the software to respond to similar queries in the future. “You’d be shocked at how many people say things in different ways,” Mr. Fazal said.

That kind of technology, however, requires deep investment. Mr. Fazal and Mr. Shi plan to use the venture capital announced Tuesday to double their present headcount over the next year from its current 80, 35 of whom are in Toronto.

This year, Mr. Patel and Telstra had been interested in investing in consumers' growing desire to do business over instant messaging and wanted to buy into a company that was aiming to disrupt the travel booking experience.

SnapTravel offered Telstra Ventures both, Mr. Patel said, with plenty of room to grow within the travel industry once it built its expertise in hotel-booking. “Hotel bookings do tend to be a higher-margin business than airfares or car rentals, so I think that’s a great place to start, and they can look at a few other areas over time,” Mr. Patel said in an interview.

Mr. Curry is also an investor in Palm, a California startup that makes minimalist phones using the brand name of the once-popular Palm Pilot. He was unavailable for an interview Tuesday. But on his Twitter account on Tuesday, he posted that “Conversational commerce is the future. ... Hyped to invest in a company disrupting the travel industry.” 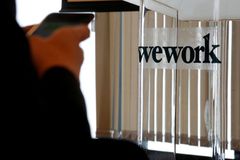