The bidders for Torstar Corp. plan to push the struggling newspaper publisher’s transformation into a digital news and information provider, which they say is an effort best accomplished outside the glare of public markets.

Jordan Bitove and Paul Rivett, who have offered just over $51-million for Torstar, say the publisher of the Toronto Star has lagged its competition in generating revenue from internet-based offerings.

The duo plan to concentrate on boosting Torstar’s large subscriber base, and will evaluate whether to hang onto or sell interests in other companies such as online consumer media provider VerticalScope Inc. and video content producer Blue Ant Media.

The deal follows a long and steady drop in Torstar’s share price amid the industry’s sharp fall in print advertising revenue, as well as some strategic missteps. Those included a costly attempt to create a tablet-based newspaper and a national expansion of the Star brand, from which the company has since retreated.

Toronto Star owner Torstar to be sold, taken private in deal worth $51-million

Did the Toronto Star just sell its soul for survival?

Torstar’s family trust settles to sell at the bottom

“We spent a lot of time with [Torstar chief executive] John Boynton and senior management, and then looking at peers in the industry, and what we realized is, really, that the Star is a little behind the times in their digital strategy,” Mr. Bitove said in an interview. “We saw that as an opportunity, and our feeling on it was this is why it’s important we take it private. You can’t be quarter-bound and caring about the stock price day to day. You have to have a long-term view of the business and commit to the team.”

He said NordStar supports Mr. Boynton’s digital plan and will help the CEO put it into operation. The company has said the transformation is a multiyear initiative.

Mr Rivett said the new ownership would add “speed and expediency in getting behind management. They want to go and they want to go faster.”

NordStar will offer 63 cents per Torstar class A and class B share, a 58-per-cent premium from Tuesday’s closing price on the Toronto Stock Exchange. Ten years ago, Torstar stock was worth more than $10.

Mr. Bitove and Mr. Rivett declined to discuss any funding partners or how the financing would be structured, saying they would wait until the deal closes in the third quarter of this year. NordStar has said it is supported by private equity firm PointNorth Capital Inc., whose co-founder is Mr. Bitove’s brother, John Bitove.

The deal has the blessing of Torstar’s board and a majority of the class A voting shares, which are held in a trust for five families. They comprise the Honderich, Hindmarsh, Campbell and Thall families, as well as the family of longtime publisher Joseph Atkinson, who died in 1948.

It also has the backing of Fairfax, which has 40 per cent of the class B shares. Fairfax and Torstar had discussed a takeover deal as recently as 2016, but the talks broke off after some of the controlling families resisted the idea of a sale.

Since then, the outlook has become more uncertain. Torstar has posted losses for five straight years. In addition, revenue had skidded by about 12 per cent annually before the novel coronavirus pandemic, and the numbers have worsened in the past few months, Tim Casey, analyst at Bank of Montreal, said in a research report.

The company, which also publishes The Hamilton Spectator, the Waterloo Region Record and the St. Catharines Standard, among others, has tried to cope through asset sales, newspaper closings and staff cuts.

By February, Torstar chair John Honderich and the controlling families were ready to talk after Torstar suspended its dividend, and as it became clear that the digital transformation would be long and costly, said Mr. Bitove, who speaks fondly of being a Star carrier as a kid.

“I think they were seeing that the best way to protect the legacy of the 128-year-old franchise and the Atkinson Principles, the guiding light of the organization, was to bring in some new blood who could commit to having the wherewithal and the commitment to being able to keep it alive,” said Mr. Bitove.

The Atkinson Principles are the socially minded values behind the chain’s journalism, focusing on social justice, individual liberties, workers’ rights and the necessary role of government. The bidders have brought in former Liberal Ontario premier David Peterson as part of the effort to maintain the principles. He will be appointed vice-chair of the Toronto Star.

“I don’t discount its value. I understand the progression of the right-wing media and where some have come from, but we’re not in the business of just making the rich richer,” Mr. Peterson said. “That is not the value system that we’ll be espousing, and I’m delighted to be part of this very progressive movement.” 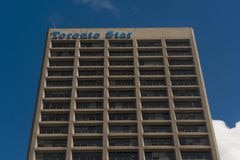 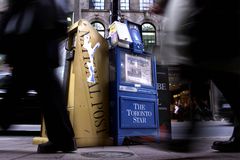 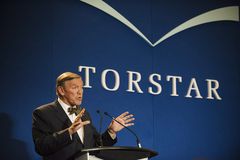