The company said Tuesday it will offer single-game sports betting as one of the options from its new online casino, which is slated to launch at the end of this year, pending approval from the Alcohol and Gaming Commission of Ontario (AGCO).

The casino’s working name is GameCo, according to a source with knowledge of the venture. The Globe is not identifying the source because they are not authorized to speak publicly about the matter.

The announcement comes two weeks after Ottawa passed Bill C-218, allowing Canadians to place wagers on individual sporting events. Before the bill passed, sports bets in Canada had to include at least two events in a single wager, commonly known as parlay betting.

Last November, the Ontario government announced plans to create an online gambling market, which would allow private operators to participate and be regulated by the AGCO.

The source said Torstar will register in September for a licence with iGaming Ontario, an AGCO subsidiary that will regulate private gambling operators. GameCo is expected to launch in December, concurrent with the Ontario government’s plans to launch the online gambling market, according to the source.

The online casino is part of Torstar’s broader plan to fund journalism with new revenue sources. When the casino was announced in March, Torstar chair and co-owner Paul Rivett said the venture would “help support the growth and expansion of quality community-based journalism.” A Torstar spokesman said the gambling initiative would also create call centre and IT jobs in Ontario.

Also on Wednesday, Torstar said it is launching a video-driven news operation aimed at Generation Z viewers – people in their teens and early 20s – by partnering with Toronto-based Enthusiast Gaming Holdings Inc. on a project called AFK.

Enthusiast’s CEO Adrian Montgomery told the Globe that he has a close relationship with Torstar’s owners, Jordan Bitove and Mr. Rivett.

“From the moment they bought Torstar, I was talking to them and I was saying, ‘Guys, old media and new media need to come together. ‘Gen Z, they’re not consuming traditional media, they don’t watch television, they don’t read the newspapers.”

The joint venture will leverage Enthusiast’s 300 million active users worldwide, most of whom are teenage boys and men in their early 20s. Enthusiast owns more than 100 websites and more than 1,000 YouTube channels about esports.

When AFK – a popular acronym that stands for “away from keyboard” – launches this fall, it will primarily engage with its audience on YouTube. While Enthusiast will leverage its gamer audience, the content won’t solely focus on video games.

“The issues that are important to Gen Z and millennials are very different than your average Washington Post readers. They place more emphasis on issues such as climate, on mental health, on social justice,” said Thamba Tharmalingam, Enthusiast’s chief operating officer. “This will be a platform where you can actually talk about news in a very different way.”

Enthusiast has been listed on the Toronto Stock Exchange since January, 2020, and cross-listed its shares on the Nasdaq stock exchange in April.

The two ventures continue Torstar’s investments outside of traditional media. The company was taken private last August by NordStar Capital, an investment firm owned by Mr. Rivett and Mr. Bitove, who is now the Toronto Star’s publisher.

NordStar paid $60-million to acquire TorStar, a fraction of the $200-million Torstar paid for a majority stake in VerticalScope, its major non-journalism asset, in 2015.

VerticalScope operates online message boards for various enthusiast groups. In June, VerticalScope shares went public on the Toronto Stock Exchange in an initial public offering that was upsized from $100-million to $125-million to meet strong investor demand. An overallotment option was exercised in full, and the IPO raised $143.8-million in gross proceeds. In June, Mr. Rivett told the Star that proceeds from the IPO would be used to fund acquisitions to accelerate the company’s growth.

All Torstar employees were allotted 46 Verticalscope shares at the time of the IPO. They will be able to sell them on June 14, 2024, even if they leave the company or retire. Those shares were worth approximately $1,000 at VerticalScope’s opening share price. 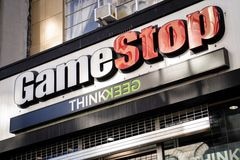 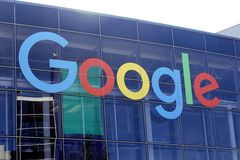 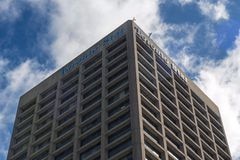