Looking back, Tourmaline Oil Corp. founder and chief executive Mike Rose describes the winter of 2020 as period marked by “dual crisis” in the energy industry.

COVID-19 hit, and the resulting fears of an economic slowdown knocked down natural gas and oil prices. In Calgary, “For sale” signs quietly went up at a number of privately owned energy companies.

Tourmaline, however, was flush with cash after spinning out part of its business. Mr. Rose saw a once-in-a-generation opportunity to acquire properties.

“In the early stage of the pandemic, no one was travelling, there were no sports to watch and we looked at each other and said, ‘We might as well work extra hard,’ ” he said in a recent interview.

In the months that followed, Tourmaline spent $2.3-billion – in cash and its own stock – to snap up five natural gas plays. As the company bulked up, gas prices began to rise. They’ve doubled over the past year. In response, Tourmaline’s share price took flight, increasing six-fold since the pandemic hit in March, 2020.

That’s made the company a $14-billion stock market darling, and the founder’s stake is worth more than $700-million.

When it comes to fossil fuel subsidies, Canada is not the problem

Tourmaline now ranks as Canada’s largest natural gas producer and the fifth-largest player in North America. The Calgary-based company produces roughly half as much gas as industry leader EQT Corp., based in Pittsburgh. Looking ahead, Mr. Rose said, “Our goal is to control the largest, lowest- 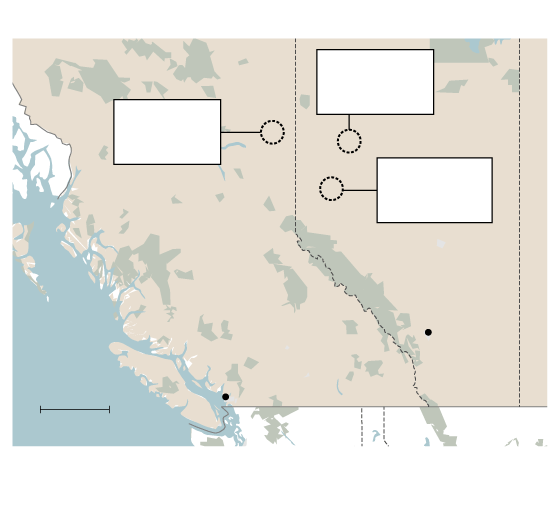 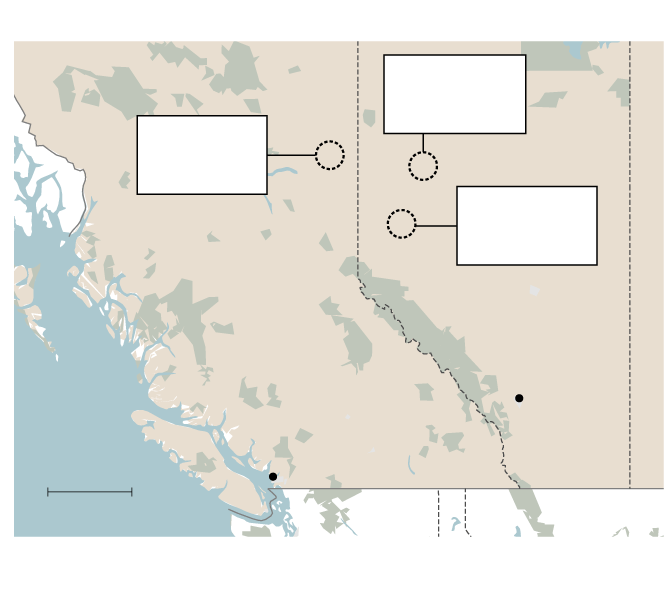 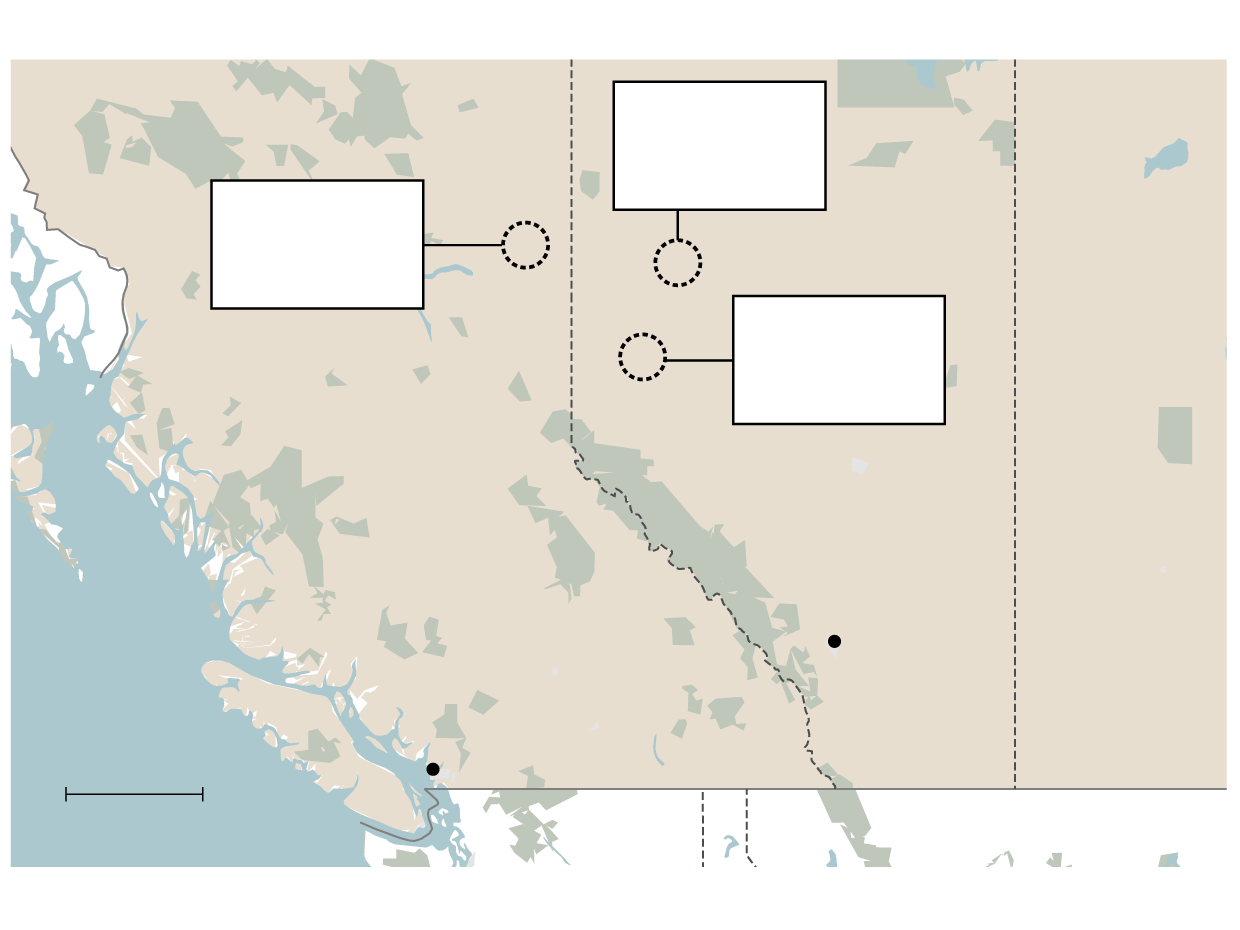 Two key words in Mr. Rose’s vision are “lowest emissions.” It sounds like a contradiction, but Mr. Rose is building a leading oil and gas company for a postoil and gas era.

“We see growing anti-fossil fuel sentiment,” he said. “However, the pendulum swings back and forth. Look at what’s happened recently with gas shortages in Germany, the U.K. and California. Their experience showed gas will play a critical role in our future.”

Long before activist Greta Thunberg began hectoring leaders to take action on climate change, Mr. Rose was retooling a sprawling portfolio of wells and processing plants to lower Tourmaline’s greenhouse gas emissions, while at the same time cutting costs. Tourmaline’s CEO calls natural gas “the great enabler,” the environmentally friendly, low-emission fuel that will continue to power much of the global economy, even as we increase dependence on renewable energy sources.

“Mike talks about natural gas as a long-term solution to our energy needs, in a transition to renewables that will play out over many decades,” said Chris Potter, chief executive at Calgary-based investment bank Peters & Co. Ltd. and a long-time adviser to Tourmaline.

“I would argue natural gas is a clean and permanent solution to our energy needs, because of the commodity’s utility, lower relative carbon footprint and availability,” Mr. Potter said. “That places Tourmaline in a very strong position given its production profile, significant reserves and strong ESG track record.”

Tourmaline is already the greenest of Canada’s large energy companies. To compare the environmental impact of oil companies and gas producers, the industry’s standard metric is to measure greenhouse gas emissions intensity per barrel of oil equivalent.

As part of its strategy to keep cutting greenhouse gas emissions, Tourmaline is one of 14 companies backing the Ottawa-based Natural Gas Innovation Fund, which has invested more than $100-million in 50 cleantech startups. As part of the NGIF partnerships, Tourmaline hosts a $35-million emissions testing centre at its gas processing plant near Edson, Alta. Here, 20 different companies are trying out emissions-reduction technology.

“Natural gas will be a long-term player in the energy market because everyone in the industry backs its evolution to a low emissions product,” said John Adams, chief executive of NGIF Capital Corp.

“The audience for my first fundraising pitch included Mike Rose, whom I have tremendous respect for,” Mr. Adams said. “He runs a highly efficient organization that sees innovation as key to a company’s long-term success.”

Doing right by the environment is helping to cut costs at Tourmaline. In recent years, the company replaced diesel fuel for its generators with natural gas-powered equipment. Natural gas is the cleanest of fossil fuels, producing half the greenhouse gas emissions of coal and 40 per cent less than diesel.

Mr. Rose said an $8-million investment in the project has already saved Tourmaline more than $25-million in fuel costs. “As technology evolves, we’re doing things we’ve never been able to do before, across our operation, on water recycling and emissions,” he said.

“I’ve always made sure we do a good job with respect to the environment, so it was not a shock to see ESG issues evolve as a pressure point in the industry,” said Mr. Rose, who founded and sold two large energy companies – Berkley Petroleum Corp., launched in 1993 and acquired for $1.5-billion in 2001, and Duvernay Oil Corp., which fetched $5.9-billion in 2008 – prior to launching Tourmaline.

As a kid growing up in Streetsville, Ont. (now part of Mississauga), Mr. Rose spent weekends playing baseball and exploring nearby limestone quarries, looking for celestite crystals. He gave up minor-league baseball to study geology at Queen’s University, then moved to Calgary after graduating in 1979 to work in the exploration arm of Shell Canada Ltd.

Working at Shell introduced Mr. Rose to natural gas fields in northern B.C. and Alberta, a region where he would go on to build three companies. At Shell, he was also introduced to a fellow Queen’s graduate who became his wife, Susan Riddell Rose. She is now CEO of Perpetual Energy Inc. and an established oil patch entrepreneur.

The couple have three sons, now adults, who all played in Alberta’s premier baseball development program with the Okotoks Dawgs, in games that routinely drew 4,000 fans. Mr. Rose joked: “My sons are fortunate. None of them inherited my swing.”

“Mike excels at understanding how little things fit into the big picture, and how your tactics need to change during a game,” Mr. Ircandia said. “He puts people in a position to succeed, to make the best use of their talents, which is not easy when you’re dealing with 12-year-olds with very different skill levels, and different stages of development.”

For his part, Mr. Rose said his sons’ former team helped shape the values at Tourmaline. “The Dawgs slogan is ‘Get better every day.’ That’s become part of the DNA of our company,” he said.

A lifetime spent around baseball – childhood trips to Maine made him a Boston Red Sox fan – also helps keep him humble. Even the best batters only get a hit in one of three trips to the plate. “Baseball is unique as a sport because you have to learn to deal with repeated failure. That’s a good life lesson,” he said.

Last month, against a backdrop of rising natural gas prices, Tourmaline announced plans to step up debt repayment while giving shareholders an increasing share of its free cash flow, projected to be $2.5-billion next year. As part of the new approach, Tourmaline paid a $223-million special dividend earlier this month.

“Years ago, Mike realized the future could see investors stop buying equity in oil and gas companies, and access to debt shutting down,” said Allan Châtenay, president of Calgary-based seismic testing firm Explor. “He took steps to ensure Tourmaline could be self-financing, while moving aggressively to drive down emissions.”

Tourmaline’s plan to fund future expansion off cash generated from operations proved prescient. Many European banks have since cut back lending to fossil fuel producers in Alberta’s oil sands. And last month, the Caisse de dépôt et placement du Québec announced plans to divest all oil company holdings by the end of next year. Regulatory filings show the Caisse sold a 3.9-million-share stake in Tourmaline earlier this year.

Mr. Châtenay first met Tourmaline’s CEO in 2008, when he was coaching his son’s little-league baseball team and Mr. Rose was on the other side of the diamond, running the squad for one of his sons.

“Mike’s team thumped ours,” said Mr. Châtenay, who went on to run Calgary’s little league. “I came away amazed at the way Mike organized the team, how his strategy evolved as the game unfolded.” The next season, Mr. Châtenay’s son played on the Tourmaline CEO’s team.

Mr. Châtenay said Tourmaline’s tactics in ESG, infrastructure and marketing have all evolved over time, reflecting the coach’s ability to make critical in-game adjustments. When it comes to environmental issues, he said, “Mike’s goal is to run a responsible energy producer.”

As one of North America’s largest producers, Tourmaline has the scale needed to take advantage of the natural gas market’s dynamics, which see prices of the commodity vary widely, depending on where it is sold. In Alberta, with a plentiful supply of gas, producers receive far lower prices than they get in jurisdictions such as California or Asian markets, which are increasing imports of liquefied natural gas (LNG) on tankers. However, customers in these markets want to sign long-term supply contracts with reliable gas producers.

“Tourmaline is the preferred counterparty for many of largest U.S. buyers of natural gas, including major utilities west of the Rockies. The benefit of that status is premium prices,” said Patrick O’Rourke, managing director at investment bank ATB Capital Markets.

Tourmaline currently sells 28 per cent of its gas in California and other U.S. states. The company projects U.S. exports will rise by a third over the next two years, as production kicks in at recently acquired properties. In July, Tourmaline announced that in 2023, it will start shipping LNG to Asia through a facility in Corpus Christi, Tex., under a 15-year contract. ATB’s Mr. O’Rourke said, “The LNG market holds enormous potential. Tourmaline is on a path to be North America’s most important gas company.”

Three decades after quitting Shell to launch his first venture, the 64-year-old Mr. Rose said he’s never been more optimistic about the future of his company. “Once the oil and gas exploration business gets into your veins, there’s no vaccine,” Mr. Rose said: “Building a business is fun, I’m really enjoying myself.”