Tourmaline Oil Corp. shares jumped 15 per cent on Friday after it said it will spin off some of its assets into a royalty and energy infrastructure company worth $775-million, with the aim of taking it public.

Tourmaline will own 75 per cent to 81 per cent of the new entity, called Topaz Energy Corp., and unnamed private investors will own the remainder, paying $150-million to $200-million for their stake. The company said it could launch an initial public offering for the unit next year.

Shares in Tourmaline surged $1.66 to $12.38 on the Toronto Stock Exchange as investors applauded chief executive Mike Rose’s plan to help the market recognize value not currently reflected in the company’s stock price. The move comes after a more than 50 per cent drop in the stock in the past six months.

Topaz’s assets will initially comprise a gross overriding royalty on all of Tourmaline’s oil and gas production, a 45-per-cent interest in two of its natural gas plants and a portion of third-party revenue from gas processing.

Tourmaline is among several natural gas producers that have been hit by depressed prices for the fuel through the spring and summer, and waning investor interest in the sector as a whole. Last month, eight energy companies were dropped from the S&P/TSX Composite Index because their market value had dropped below the required threshold. They were Birchcliff Energy Ltd., Ensign Energy Services Inc., Kelt Exploration Ltd., NuVista Energy Ltd., NexGen Energy Ltd., Precision Drilling Corp., Peyto Exploration & Development Corp. and Torc Oil & Gas Ltd.

The creation of Topaz, known as a drop-down, shows energy companies are looking for ways to shake the funk that enveloped even those producers considered to be well run with manageable debt, such as Tourmaline. It’s in the same vein as two similar spin-offs by U.S. Permian oil producer Diamondback Energy Corp. – Viper Energy Partners LP, which acquired mineral interests from Diamondback; and Rattler Midstream LP, which bought infrastructure assets. Rattler completed a US$632-million IPO in May.

“They have to evaluate it, because there’s zero differentiation between the stocks,” said Robert Fitzmartyn, analyst at GMP FirstEnergy. “Companies with long-life inventories [of gas reserves] are trading at the same levels as those without that. We keep hearing that the market wants consolidation but the ones that deserve to be the acquirers, the superior deployers of capital, don’t have a cost of capital to do so, so they need to explore alternative avenues.”

Mr. Fitzmartyn, who rates Tourmaline as a buy, increased his 12-month target price to $23.25 from $21. He SAID Topaz’s equity value could be assessed in public markets at more than $1-billion, if investors assign similar financial metrics as royalty and energy infrastructure companies receive, such as PrairieSky Royalty Ltd. or Keyera Corp.

Tourmaline said it will use cash proceeds, estimated at $135-million to $185-million for potential acquisitions in its main operating areas, as well as debt reduction and to buy back shares. The transaction is also expected to boost its forecast cash flow per share by 5 per cent, it said.

“Overall we view this event positively, with the company demonstrating clear hidden asset value from its infrastructure and large asset base not currently reflected by the market in its equity valuation,” AltaCorp Capital Inc. analyst Patrick O’Rourke wrote in a research note.

Oil patch executives are stepping up purchases of their own shares, sparking hopes of a rebound
Subscriber content
October 4, 2019 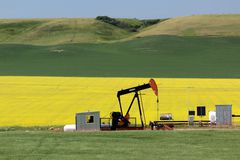 Enbridge to keep Kentucky pipeline shut for at least another week in wake of explosion
Subscriber content
August 7, 2019 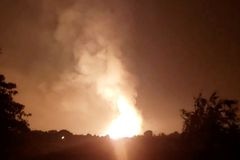