In Fort Collins, Colo., a vacant Toys 'R' Us store is being turned into an adventure park, with trampolines and dodge ball courts. Scandinavian furniture has replaced Fisher-Price baby gear at a location in Sioux Falls, S.D.. In northwest Atlanta, a Hobby Lobby is moving in.

At shopping centres where Toys 'R' Us was a key tenant before its messy liquidation last June, traces of the bankrupt chain are steadily being erased. And with the industry’s main showcase in North America, Toy Fair New York, now under way, many in the fun-and-games trade are trying to move on as well.

On the brink of imploding at this time last year, the retailer is now embarking on a revival set in motion months ago by the hedge funds that own its debt and control its intellectual property.

A new entity, Tru Kids, is “starting with a clean sheet of canvas,” said Richard Barry, the company’s chief executive and a former chief merchandising officer of Toys 'R' Us. Introduced last week, the company will manage brands that include Toys 'R' Us, Babies 'R' Us and Geoffrey the Giraffe, the Toys 'R' Us mascot.

So far, there are few details about Tru Kids’ plans. The company has no physical operations or e-commerce presence in the United States. Toys 'R' Us, unable to sustain its vast portfolio of huge stores and carrying US$5-billion in debt, closed all 730 of its locations last year. Any stores Tru Kids opens will probably be smaller than its predecessor’s, with an emphasis on what Mr. Barry described as in-store experiences and technology-enabled shopping.

“Nothing is signed, nothing is set in stone,” he said. “We absolutely don’t want to overpromise in any way what this is.”

Attempts at comebacks are not unusual among retailers. FAO Schwarz was reincarnated in modified form last year, three years after shutting down. Many companies, under pressure from Amazon and other online outlets, have learned to adapt in their own ways.

The Tru Kids leaders, most of them former Toys 'R' Us executives, plan to meet with dozens of vendors at Toy Fair to promote their new endeavor. Mr. Barry is set to help give out the industry’s equivalent of the Academy Award for best movie, the Toy of the Year award.

Mark Carson, a founder of the manufacturer and retailer Fat Brain Toys, is among those wary of Toys 'R' Us rising from the dead. He said he still has a “bitter taste” in his mouth after company shut down without fully repaying him. But the amount he was owed – less than US$100,000 – was dwarfed by the outstanding balances of many other vendors, he said.

“I’m not going to roll the dice on their new business,” he said. “I’m open to working with them, but it’s not like I’m desperately waiting for them to come back.”

“It was traumatic for the industry,” said Richard Gottlieb, founder of Global Toy Experts, a consulting firm. How traumatic? Mr. Gottlieb said that the last time he saw Geoffrey at an industry event, he “didn’t know whether to hug him or punch him in the face.”

The toy business is under plenty of pressure beyond the demise of Toys 'R' Us. Shoppers are defecting to mobile apps and video games. Birthrates are slumping, shrinking the market. Sears, another big U.S. seller of toys, narrowly escaped liquidation.

President Donald Trump’s trade war with China, where 85 per cent of the toys sold in American stores are made, is also a threat. Retailers are asking toy makers to deliver spring orders early, in case the White House adds more tariffs on Chinese imports. Representatives of Hasbro, Lego, Mattel and other toy companies were in Washington last week lobbying against escalating the trade war.

“If you are a manufacturer of toys, you are in a pretty tough position, and so are the retailers, because at this point in time, no one knows what’s going to happen,” said Lutz Muller, president of the consulting firm Klosters Trading.

In the most recent holiday season, the confusion caused by the absence of Toys 'R' Us was clear.

Sellers of all stripes tried to fill the void, often slashing prices to compete. Mass-market retailers like Target and Walmart made extra shelf space for popular toys that also popped up in supermarkets and electronics stores. Amazon.com mailed out a thick toy catalog, a first for the company. Shoppers ignored smaller impulse buys after loading up earlier in the year on bargain-bin items from closing Toys 'R' Us stores.

Many specialty retailers had hoped for a “huge boost” after the closings, said Richard Derr, who owns a Learning Express store in the Chicago area. It never came. Only a third of what would have been Toys 'R' Us sales during the holidays wound up going to other retailers, Wall Street analysts estimated.

“Most of it went ‘poof,’ ” said Mr. Derr, who leads a group of more than 100 Learning Express franchisees. “It’s the old buffet effect: If it’s right in front of them, people will eat. If not, they go without.”

Mr. Carson of Fat Brain, known for its Squigz suction cup building toys, said toy sellers hope to build a buffer of revenue in the spring and summer before rivals like Walmart and Amazon return in full force for what he called the “bloody” winter season.

“Toy specialists used to take for granted that the holiday season was easy money, but now it’s a knife fight,” he said. “We’re not just competing against other toy stores; now the largest retailers in the world are trying to duke it out.”

Despite a 2-per-cent drop in sales last year, the US$21.6-billion industry is hardly failing. Toys inspired by coming installments of the Star Wars and Avengers franchises and other movies are expected to provide a lift this year. (Mattel is going Hollywood, too, with a live-action Barbie film.)

Still, the Toys 'R' Us meltdown has trained those in the trade to be wary.

Crayola and other suppliers complained that the company continued to order products on credit long after it knew it could not pay for them. Others have accused the company of using bullying tactics in negotiating price, severe cost-cutting campaigns and being ignorant of digital innovation.

“There are very low levels of trust going into this – a lot of people were hurt, and they were never an easy company to deal with,” said Mr. Gottlieb of Global Toy Experts. “It cannot be business as usual.”

Tru Kids, which is based in Parsippany, N.J., said its licensing partners operated 900 stores in 30 countries, and that its brands generated US$3-billion a year in revenue. Its focus is the United States, where it hopes to be serving consumers by Christmas.

The liquidation was “extremely regrettable,” said Mr. Barry, the Tru Kids chief executive, but “this brand does not deserve to go away in the United States.” 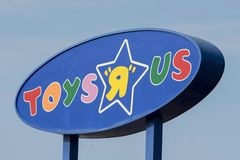 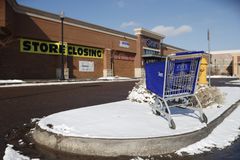 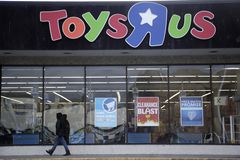