Canada’s trade deficit for goods narrowed to $3.3-billion in November, however, a drop in imports and weakening exports beyond metals point to slowing economic activity in Canada toward the end of 2020.

The November merchandise trade numbers released by Statistics Canada on Thursday show that exports ticked up 0.5 per cent that month, fuelled mainly by a surge in international gold sales offsetting lower exports of vehicles, building materials and consumer goods. Exports have been increasing steadily since April, but remain below prepandemic levels. Imports of goods, which reached prepandemic levels in October, fell 0.3 per cent in November.

“A slightly narrower trade deficit in November won’t give markets much to cheer,” Canadian Imperial Bank of Commerce economist Royce Mendes wrote in a note to clients. “Exports looked soggy outside of a surge in gold shipments, which seems unsustainable, while foreign goods destined for Canada fared even worse.”

While exports were up over all, seven out of 11 trade categories posted declines, led by a 4.1-per-cent drop in motor vehicles and parts and a 6.2-per-cent drop in building and packaging materials. This was offset by an 11.6-per-cent increase in exports of metals and non-metallic mineral products and a 26-per-cent increase in exports of metal ores and non-metallic minerals.

“Increased exports of refined gold to the United Kingdom were behind this surge, resulting from a rise in sales of cast gold bullion bars, as well as higher transfers of gold within the banking system,” Statscan said in a release.

Imports fell slightly in November after five consecutive months of growth, with imports of industrial machinery, equipment and parts falling 3.9 per cent.

“Adding [imports and exports] up, total trade posted its most sluggish advance of the year, which is further evidence of the slowdown in economic activity that occurred towards the end of 2020,” Mr. Mendes wrote.

Toronto-Dominion Bank economist Omar Abdelrahman said the trade numbers sent mixed signals. “The increase in export volumes will be a net positive for growth, and is encouraging considering the virus-related headwinds seen since the beginning of the fall,” he wrote in a note to clients. He added, however, that strong metals exports mask a slowdown in other export categories and that the weakness in imports “bodes ill for domestic demand.”

The trade picture differs between Canada and the United States and Canada and the rest of the world. Total trade with countries other than the U.S. was up 2.1 per cent in November, reaching a record $33.1-billion. Total trade with the U.S, on the other hand, decreased by 1 per cent to $63.8-billion in November – the lowest level since June – with exports to the U.S. dropping 2.2 per cent. Statscan said the weaker U.S. trade numbers are largely because of lower energy exports and imports.

As for international trade in services, Canada’s surplus widened slightly in November, with exports increasing 1 per cent. Both exports and imports of services remain far below prepandemic levels.

“Exports of travel services rose 7.5 per cent to $963-million in November. Despite this increase, travel services exports remained relatively low, at less than one-third of the value recorded in February, 2020,” Statscan said.

Economists were watching the November trade numbers closely for signals about the Canadian dollar, which has been strengthening relative to the U.S. greenback.

“The recent strength of the Canadian dollar will support a narrower nominal trade balance in the near term by making imports cheaper, and could help incentivize some business investment. But the Bank of Canada will be concerned with how much of a headwind the loonie’s appreciation is to the competitiveness of the country’s exports,” Mr. Mendes wrote. 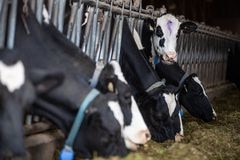 Opinion
Canada is missing an agricultural opportunity if we bluntly box out China
December 2, 2020 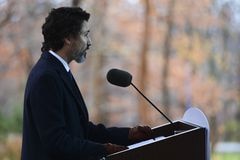 Opinion
A Biden trade reset with China and the EU? No way – deglobalization is intact
Subscriber content
November 6, 2020 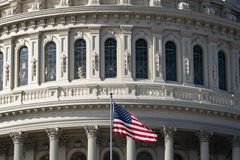