Canada’s trade deficit shrank to its lowest level in six months in April, the latest evidence that the economy continues to recover from a half-year slump.

Statistics Canada reported a merchandise trade deficit of $996-million, down from $2.3-billion in March, an improvement driven by a combination of improved exports and a pullback in imports. A big part of the export increase came from the metals and minerals sector, which spiked 15 per cent month over month, largely due to a surge in gold shipments.

The deficit was considerably smaller than the $2.8-billion anticipated by economists. The March figure was also better than previously thought, as the statistical agency revised it from an originally reported $3.2-billion, and it has narrowed dramatically in the past few months, after peaking at a record $4.96-billion in December.

The April improvement adds to the picture emerging from other recent data – including employment, manufacturing and retail sales – of an economy getting back on its feet, after stalling in the fourth quarter of last year and first quarter of 2019 amid a slumping oil market and weakening global trade demand.

“We’ve been banking on better second-quarter trade numbers after a dismal first quarter, and this April report delivers a good start,” said Bank of Montreal senior economist Robert Kavcic in a research note.

Particularly encouraging was the upturn in exports, a key driver of Canadian economic growth, which were up 1.3 per cent in value terms in April, and an even stronger 2 per cent in volume terms. It was the second strong month in a row for export growth, reversing a sharp decline in February that increasingly looks to have been related to harsh weather that disrupted shipments.

However, economists expressed some concern about the mixed nature of the export gains, as only six of 11 industry sectors posted increases. The jump in gold demand appears to have come from bankers in Hong Kong and London, possibly in defensive moves related to rising trade and Brexit uncertainties. Economists said the heavy demand is likely a one-off, opening the door for a reversal in May.

On the other hand, Statscan said the nearly 5-per-cent drop in automotive exports in the month was due largely to “atypical” downtime at Canadian car assembly plants – which suggests a rebound in that sector is in the cards.

Meanwhile, the dip in imports – down 1.4 per cent in value, and 1.9 per cent in volume – raises some concern about the strength of domestic demand, particularly as the downturn was led by a drop in consumer goods. Over all, the import picture was similarly mixed, with six of 11 sectors declining.

One positive in the import numbers was in industrial machinery and equipment, which rose for the second straight month. The gains are a sign of a recovery in business investment, a key driver of economic expansion.

Despite the rapid improvement in Canada’s trade balance, economists remain cautious about the outlook on the trade front. The heightened international trade tensions, especially involving the United States and China, have already weighed on global trade flows, and have left the sector riddled with uncertainty – especially for an export-heavy economy such as Canada’s. The April trade data bore the scars of Canada’s own trade squabbles with China, as China took no shipments of Canadian canola in the month, resulting in a 15-per-cent slump in exports of the grain – although overall, Canada’s exports to China rose 5.5 per cent from March.

“It is important to flag the increasing relevance of trade uncertainty as a downside risk,” said Toronto-Dominion Bank economist Omar Abdelrahman in a research note. “The recent tariff increases (and threats thereof) on Chinese and Mexican goods into the U.S. ... may result in spillover effects through confidence and supply chain channels.” 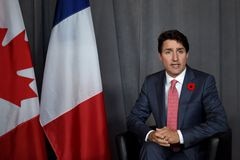