The Trans Mountain pipeline expansion stands to lose Canada between $3.2-billion and $18.5-billion, according to a new benefit-cost analysis study from a group of British Columbia researchers.

Researchers from Simon Fraser University examined close to 20 business scenarios for the pipeline expansion, but didn’t find any in which it generates a net benefit for Canada. The study accounted for the project’s increased construction costs, the effects of weaker oil markets, Canada’s new climate plan, and the recent cancellation of the Keystone XL pipeline by U.S. President Joe Biden.

The study’s lead author, Thomas Gunton, an SFU professor and director of the university’s resource and environmental planning program, said climate policies have affected the landscape significantly since the federal government bought the project off Kinder Morgan for $4.5-billion in 2018.

Trans Mountain counters that the rationales supporting the expansion are as compelling today as they were when first proposed.

The study says the crux of the problem for Trans Mountain is oil demand, which is expected to decline over the coming years because of global policy shifts toward net-zero greenhouse gas emissions goals. Less demand would leave unused pipeline space.

In Ottawa’s case, the Supreme Court’s recent confirmation that carbon pricing is constitutionally valid has opened the door to implement more of those climate-change policies, Prof. Gunton said in an interview.

“The federal government is actually in this kind of ironic, conflicting paradox, because they’re aggressively strengthening climate policies – which are going to be reducing the demand for oil – but at the same time, they’re building an oil pipeline in the market where the demand for oil is going to be declining,” he said.

But Ottawa argues it’s not planning to be the long-term owner of Trans Mountain Corp., or the pipeline.

Instead, it intends to launch a divestment process to sell the project back to the private sector following engagement with Indigenous groups.

“The government is confident that the Trans Mountain project is a responsible investment for Canadians, and is committed to investing every dollar earned in clean energy projects,” Kat Cuplinskas, press secretary for Finance Minister Chrystia Freeland, said in an e-mail.

Various recent forecasts, including those from BP, the International Energy Agency and Canada’s energy regulator, all foresee overall demand declining over the coming years.

Asia, however, is widely expected to be an outlier; the IEA projected in a March report the region will account for about 90 per cent of the forecast increase in global oil demand, which it expects to rise by about 4 per cent by 2026.

The Trans Mountain pipeline expansion would provide increased access to the Pacific Ocean, thus the Asian market, but Prof. Gunton argued the best price for oil will remain on the U.S. Gulf Coast.

Ultimately, the report concludes that Canada would be better off shelving the partially completed Trans Mountain project and using the funds for investments in renewable energy and other projects that would generate long-term jobs in Alberta and British Columbia.

The key reason the project will lose money is that it will create unnecessary pipeline space, the study says. It estimates the cost of unused capacity will be around $7.4-billion, which will be borne by the oil transportation sector, oil producers and the Canadian public in the form of reduced tax and royalty revenue.

The IEA estimates that Canada’s oil production will only increase by about 200,000 barrels a day above 2019 levels by 2026, and Prof. Gunton believes the shipping capacity for that oil will be met by other projects, including Enbridge’s Mainline pipeline and the expansion of the Rangeland line by Plains Midstream.

“When you’re spending billions of dollars creating pipeline space that is not being utilized, that’s a significant economic drag on the economy,” he said.

Trans Mountain counters that oil companies have collectively committed to using 80 per cent of the expanded pipeline capacity under long-term transportation contracts for 15 and 20 years. ROB Magazine
Oil change: How the collapse in crude demand during the pandemic could be a blessing for Canadian producers
Subscriber content
February 23, 2021 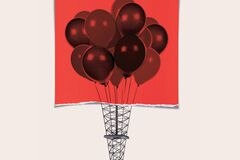