Trans Mountain Corp. has given the green light to some of its contractors to rehire the workers and complete the detailed work plans needed to begin construction of the stalled pipeline-expansion project.

In a news release on Wednesday, the company said it issued work directives to some of its major contractors and gave them 30 days to prepare for actual construction.

“With today’s announcement on the commencement of construction, I firmly believe that we are finally able to start delivering the significant national and regional benefits we have always committed to,” Trans Mountain chief executive Ian Anderson said.

The company said it has all the permits needed to begin construction in Alberta, as well as at the Burnaby Terminal and the Westridge Marine Terminal near Vancouver. It expects to receive clearance of all outstanding regulatory approvals and permits for the remaining construction areas over the coming months.

The Liberal government reapproved the Trans Mountain expansion project two months ago, but the company needed time to reassess its work plan and prepare for construction. It said on Wednesday that it expects the expanded pipeline would be in service by mid-2022.

The federal government agreed to buy the pipeline from U.S.-based Kinder Morgan Inc. in May, 2018, as the American company was ready to give up on the expansion because of continuing delays created by provincial officials and environmental groups in B.C. The stalling of the expansion – which would triple the volume of crude reaching Vancouver harbour – provoked a backlash in Alberta, as its oil industry remains hobbled by insufficient pipeline capacity to export its crude.

The Federal Court of Appeal quashed the Liberal government’s initial approval of the project last August, ruling it had failed to adequately consult First Nations along the route and fell short in its assessment of effects on marine life from increased tanker traffic.

The government reapproved the expansion project on June 18, promising to get construction started as soon as possible. However, the Federal Court ruling also quashed construction permits previously provided by the National Energy Board which had to reissue them this summer.

With an election due this fall, Natural Resources Minister Amarjeet Sohi, who represents an Edmonton riding, said the Trans Mountain directive was “good news for workers and companies in the oil sector that we are moving forward on the Trans Mountain expansion in the right way.”

First Nations and environmental groups have challenged the second approval, arguing the federal government failed to meet the requirements laid down by the Federal Court of Appeal ruling. Indigenous leaders complained the consultations conducted after the court ruling were tainted because the government is the owner of the project and was determined to approve it regardless of First Nations’ concerns.

Alberta Premier Jason Kenney said in a statement that the start of construction is an important milestone, but he said the process has taken far too long already and he won’t celebrate until oil is flowing through the expanded pipeline. He also called on Ottawa and local governments to ensure opponents are not able to block construction. 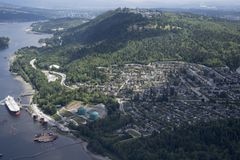 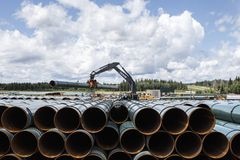