Montreal-based airline Transat AT says a slump in ticket sales is deepening as the global airline industry faces plummeting demand and new flight restrictions between parts of Europe and the United States because of efforts to contain the COVID-19 pandemic.

“We need help,” Jean-Marc Eustache, chief executive officer of Transat, said at a news conference after the company’s annual meeting and the release of its first-quarter financial results.

Transat’s loss narrowed to $33-million, or 90 cents a share, in the three months ended Jan. 31, compared with a loss of $53-million ($1.41) in the same period a year ago. Revenues were $690-million, up by 7 per cent. The period does not include the February-March beginnings of the COVID-19 crisis.

Airlines around the world have cancelled routes and parked planes after governments wrestling to contain the respiratory illness order quarantines and tell people to limit social contact and travel to stricken regions.

U.S. President Donald Trump sparked an angry backlash from European officials and the airline industry on Wednesday by banning non-U.S. travellers from most of Europe. The move sent airline stocks plummeting, deepening a double-digit fall along with broader markets. Prices for Air Canada and Transat shares fell by 9.2 per cent and 16 per cent, respectively, on the Toronto Stock Exchange on Thursday. American Airlines’ share price plunged by nearly 16 per cent on the Nasdaq stock market. Norwegian Airlines suspended 4,000 flights and laid off half its employees, saying Mr. Trump’s ban worsened its plight.

In response to COVID-19, Air Canada has suspended flights to Italy and China and reduced service to other regions. WestJet Airlines has cut its flight capacity by 12 per cent and put a freeze on hiring.

The loss of lucrative international markets removes a key plank in the airlines’ business plan, said John Gradek, a lecturer on aviation at McGill University and a former Air Canada senior manager.

Air Canada has flown to Italy for only a few years, but the possible loss of major markets in Germany, France and Britain would have a “significant impact on Air Canada’s operations,” Mr. Gradek said by phone. Air Canada could redeploy the wide-body international fleet of Boeing 777s and 787s in the Canadian market, adding a lot of capacity and weighing on fare prices at a time the domestic market appears weak. “There is a lot of fear out there, a lot of trepidation, a lot of messaging from the health authorities to stay home, and that is having an impact on Air Canada’s bookings,” he said.

Air Canada has declined to discuss its sales and provided no financial update.

Transat shareholders in August approved a takeover offer from Air Canada worth $18 a share, or $720-million. Canada’s Competition Commissioner is reviewing the deal, and is expected to look carefully at the combined companies’ dominant market share in Montreal and 60-per-cent grip on the transatlantic business. Transport Canada is conducting a public interest assessment.

Transat said it expects the deal to close by the second quarter of 2020, and has asked the government to speed up the review process in light of the industry crisis. “The more time goes on, the more aviation companies across the world become more vulnerable,” Transat’s Ms. Guérard said. “So we think this coronavirus situation will accelerate consolidation in the industry and accelerate the vulnerability of companies.”

Transport Canada did not respond to e-mailed questions on Thursday about government aid to airlines.

Air Canada’s offer is above the $11 closing price of Transat shares on the Toronto Stock Exchange on Thursday. But the airline is not seeking to change the terms of the deal, which analysts say would make Transat’s new Airbus planes available to replace Air Canada’s 24 grounded Boeing 737 Max aircraft.

“We are moving forward with the acquisition of Transat AT as planned,” said Peter Fitzpatrick, an Air Canada spokesman.

The head of Edmonton-based domestic carrier Flair Airlines said its ticket sales are within 4 per cent of targets, and passenger volumes are normal for this time of year.

“We haven’t seen the downturn yet,” said Jim Scott, chief executive officer of Flair, which flies seven planes to 10 Canadian cities, and has no international routes. Mr. Scott said one of the carrier’s big U.S. investors is ready to inject any needed cash. 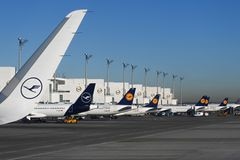 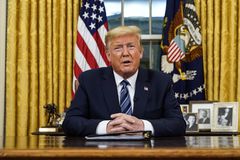 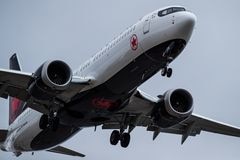