Takeover talks are over between Transat AT Inc. and an investor group led by Pierre Karl Péladeau, the Montreal-based airline and tour operator said on Monday.

Mr. Péladeau’s Gestion MTRHP Inc. walked away from the bargaining table after Transat rejected its offer of $5 a share as too low and unlikely to win shareholder approval, Transat said on Monday.

Transat said it has dissolved the special committee that was reviewing the Péladeau offer, and will focus on the airline’s restart of operations on July 30, led by new chief executive officer Annick Guérard.

Investors reacted to the news by driving down Transat’s share price by 9 per cent on the Toronto Stock Exchange to $6.57.

Mr. Péladeau declared in May his months-long efforts to buy Transat were ending. However, Transat said in early June the negotiations were still taking place.

Peter Letko, vice-president of Letko Brosseau and Associates, Transat’s largest shareholder, had dismissed Mr. Péladeau’s offer as too low, and said the company should focus on becoming profitable as a stand-alone company that charges more for fares.

After taking charge, Ms. Guérard outlined a plan to gradually add domestic routes followed by flights to international cities and sun destinations. Transat will focus on the airline, and end plans to build a beach resort in Mexico as it limits spending on tours, Ms. Guérard said.

Jacques Roy, a transportation professor at HEC Montreal, said he has “mixed feelings” about Transat’s prospects if it focuses on flights rather than selling tour packages to vacationers as well. The airline faces stiff competition from Air Canada and WestJet Airlines Ltd., as well as lower-cost Flair Airlines, he said, and has earned a reputation as a knowledgeable and popular seller of vacation packages.

“This is a tough business, especially if you focus on transportation alone,” Prof. Roy said. “What do they bring to the table that others don’t?”

Transat halted normal operations in late January, idling more than 4,000 of its 5,000 employees.

The federal government in April gave Transat bailout financing worth as much as $700-million in a deal that lets Ottawa become a 20-per-cent owner of the company. Transat said on June 10 it had a total of $820-million in available financing, and $346-million in cash and equivalents.

“Transat also intends to examine possibilities to optimize its financing structure, which could include the issuance of shares of its capital or bond financing on more favourable terms than those attached to a portion of the liquidities made available to Transat under the [bailout],” Transat said on Monday.

In April, Air Canada called off its plan to take over Transat for $190-million or $6 a share, citing antitrust hurdles erected by the European regulator. Air Canada slashed the proposed purchase price from $720-million owing to the collapse in the aviation industry caused by the pandemic.

WestJet and Air Canada are the only two major Canadian airlines currently operating. In addition to Transat, Sunwing Airlines and Porter Airlines are also halted as the companies wait for travel restrictions to ease and demand for flights to return.

On Monday, the federal government offered hope to Canadians yearning to travel abroad by easing the rules for people returning to Canada. On July 6, Canadians who have received both doses of COVID-19 vaccine no longer have to quarantine in a hotel on their return if they test negative for the virus. However, Canada’s borders remain closed to most visitors.

The lobby group representing Canada’s largest airlines said the changes do not go far enough. Mike McNaney, head of the National Airlines Council of Canada, which includes Air Canada, Air Transat, Jazz Aviation and WestJet, said Canada should release a plan to restore international travel, eliminate the hotel quarantines for all travellers and use rapid tests to shorten isolations rules for people who have not been vaccinated or have had only one dose. 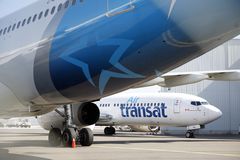 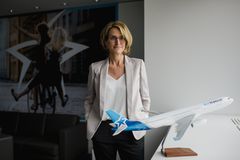 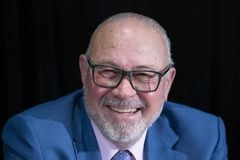