Transat A.T. Inc. took steps on Tuesday to stop a rival bidder from blocking a takeover by Air Canada, urging shareholders to reject Group Mach Inc.'s “misleading and coercive plan” and filing a complaint to Quebec’s securities regulator about the bid.

Mach, a Montreal real estate developer, on Friday asked Transat shareholders to tender their shares to it at $14 apiece, so it could assemble the votes needed to block the Air Canada takeover on Aug. 23.

Transat responded on Tuesday by urging shareholders not to assign their stock or voting rights to Mach, calling the attempt to block the Air Canada takeover “abusive, misleading and coercive.” Transat said it is trying to stop all transactions spurred by the Mach campaign with a complaint to the Tribunal administratif des marchés financiers, part of the Quebec securities regulator that adjudicates complaints about alleged securities rules violations.

“Transat is taking vigorous and immediate actions against Mach’s abusive scheme to protect its shareholders,” Transat said in a press release that outlines the complaint with the regulator, reiterating the Air Canada offer is a good deal for shareholders and will provide job security to its 5,000 employees while preserving the Montreal head office and Transat brand.

“Notably, the board warns that Mach has made no commitment to acquire and pay for any of the shares deposited under its scheme,” the release said.

Alfred Buggé, Mach’s vice-president of mergers and acquisitions, dismissed the Transat accusations as “posturing.” He said in a phone interview that Mach has $100-million ready to pay for 19.5 per cent of Transat if the Air Canada takeover is voted down. At the same time, shareholders have the right to transfer their voting privileges to Mach while retaining ownership of the shares, he said. He declined to provide details of Mach’s financing.

Transat has agreed to be bought by Air Canada in a deal worth $520-million, or $13 a share, despite complaints from some large shareholders that the price is too low. Two-thirds of Transat shareholders must approve the deal in a vote on Aug. 23.

Transat is not widely held – the top 10 investors hold 52 per cent of shares. This means that opposition by a few key stockholders could prevent the deal from being approved.

At least two large Transat investors have said they oppose the Air Canada purchase. Montreal money manager Letko Brosseau and Associates, Transat’s biggest shareholder at 19 per cent, has told The Globe and Mail that Transat should restore profitability before weighing a sale of the company. PenderFund Capital Management, which is the fifth-largest investor at 3 per cent, said Transat is worth more than Air Canada is offering.

The Caisse de dépôt et placement du Québec, which owns 6 per cent, and the Fonds de soldarité FTQ, which owns 12 per cent, have not said if they support the Air Canada offer.

“We are having discussions with them but they have not taken a position at this point,” said Christophe Hennebelle, a Transat spokesman.

A spokesman for the Fonds de soldarité FTQ declined to comment. Calls to Letko Brosseau, PenderFund and the Caisse were not returned on Tuesday.

Mach has made several attempts to purchase Transat, the most recent being the $14-offer last week for 19.5-per-cent of Transat shares. The move is seen as an attempt to align with unhappy Transat shareholders and block the Air Canada purchase.

In a letter to shareholders with the word “reject” in giant typeface, Transat detailed its objections to the Mach offer. These include that: Mach has no expertise running an airline; the offer can be withdrawn at any time for any reason; a shareholder might find Mach buys only some of her shares, leaving them exposed to “significant market risk” if the Air Canada deal is rejected; and Mach has provided no evidence it has the money to complete the offer.

“Mach’s multiple and changing proposals over time, including this scheme, have each failed to set out any business plan for Transat, precluding any assessment of the impact of the proposals and scheme on Transat’s business and stakeholders,” Transat said in the letter. “Mach is trying to secure voting rights for free.”

Mach’s Mr. Buggé said he has spoken to “many, many” institutional shareholders who are allied with Mach’s efforts to block Air Canada and operate the company in what he described as the “best interests of shareholders.” A proxy fight to overthrow the Transat board is not part of the plan, he said, although “we don’t want to work with this board of directors.”

“Our first objective is we want this deal to be killed. Once that’s taken care of, we’ve got $100-million on the table that we’ve risked. And our interests are perfectly aligned with the shareholders, unlike Air Canada and the board of directors,” he said. 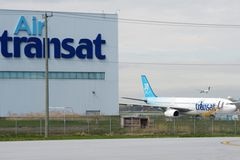 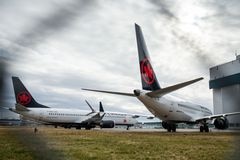