Canadians bombarded federal Transport Minister Marc Garneau in March with concerns over the Boeing 737 Max after a second deadly crash, expressing fear and panic about flying on the new plane and, in some cases, begging Ottawa to halt flights in Canada so their loved ones would not have to travel on it.

“There is no option to change flights. … We are sick with worry about flying on this plane,” wrote one family to Mr. Garneau in more than 360 pages of e-mails to the minister after the crash of an Ethiopian Airlines 737 Max. The e-mails were obtained by The Globe and Mail under Access to Information legislation.

The documents also indicate that Mr. Garneau and his staff did not consider the issue a top priority in the immediate aftermath of the crash on the morning of Sunday, March 10. That afternoon, Mr. Garneau sent an e-mail to his advisers requesting an update on the Ethiopian situation the following morning, so that he could address the media on Monday. The e-mail suggests that the focus of department meetings would be on the formulation of Air Passenger Protection Regulations (APPR), which are new rules aimed at compensating consumers for delays, lost baggage and cancellations.

Deputy minister Michael Keenan agreed, responding to Mr. Garneau: “Fully support the idea of spending our time on APPR. It is the biggest item we have tomorrow.”

It’s not clear what was ultimately discussed at the meetings. Mr. Garneau could not be reached for comment, and a spokesman said he was unavailable owing to the election campaign.

The outpouring of concern from worried travellers came as Mr. Garneau initially hesitated for several days to ground the plane, despite dozens of countries around the world moving quickly to stop all 737 Max flights after the Ethiopia crash raised serious questions about its design. The disaster, which killed all 157 people aboard – including 18 Canadians – was the second Max crash in less than 5 months, and was similar to a previous one in Indonesia.

As much of the world moved to ban the 737 Max from flying soon after the Ethiopia crash, Canada and the United States were left as conspicuous outliers, and travellers appeared to grow more agitated. When Mr. Garneau said publicly on March 11 that it was “premature” to ground all Max planes in Canada before the problem was known, it prompted a wave of concerned e-mails, as did the minister’s assertion that he would “without hesitation” fly aboard one of the planes.

“Mr. Garneau, it is shameful that you have failed to act to suspend all Canadian flights of this plane, pending absolute and complete confirmation of its safety. This is way too critical a safety issue to assume ‘innocent until proven guilty,’ rather some action and a real decision is required here. Please ban this plane," said one e-mail to the minister.

“These are possible Canadian lives we are talking about," said another. “The rest of the world can’t all be wrong.”

Under privacy laws, the names of the people were redacted, along with other identifying information.

Several people asked Mr. Garneau if he and his counterparts in the United States were working with different information on the Max than governments in Europe, Asia and the Middle East, which acted swiftly to ground the plane. Others wrote to express fear for loved ones booked on flights in Canada.

A parent whose son was set to fly on a 737 Max pleaded with the minister to follow the direction of those other governments, telling Mr. Garneau that the airline wouldn’t let them switch to a different plane. “As parents, we are losing sleep over the decision to cancel or not due to the aircraft. … Canadians like our family need you to exercise your mandate to keep us safe and not place us at the mercy of ‘consumer decisions’ when there is quite possibly a fatal flaw plaguing these aircraft, which will likely not be remedied in the next several days.”

Another traveller wondered why Canada had more confidence than other governments: “I am feeling fearful about taking this flight. I just wanted to know what additional information [Mr. Garneau] has that is making us so confident of the safety of this aircraft?”

Mr. Garneau eventually grounded the 737 Max in Canada on March 13. The tragedy was the second of its kind, after a Lion Air flight crashed in Indonesia on Oct. 29 last year, killing all 189 people. Both incidents were similar, occurring minutes after takeoff, with each plane losing altitude quickly before crashing nose down. Subsequent investigations have pegged the problem on the plane’s automatic stabilization system, known as the MCAS. When fed incorrect data from a faulty sensor, the MCAS forced the plane into a dive that the crew failed to override.

In announcing the eventual grounding three days after the Ethiopia crash, Mr. Garneau said the government reviewed satellite tracking data showing similarities of the flight paths of the two planes, which led to the decision. The United States also grounded the 737 Max that same day.

“It’s not conclusive, but it is something that points possibly in that direction, and at this point we feel that that threshold has been crossed,” Mr. Garneau said in March. "And that is why we’re taking these measures.”

Several of the e-mails sent to Mr. Garneau in the days before he decided to ground the Max, though, questioned whether Ottawa was putting airline economics ahead of safety, given the amount of money the industry stood to lose.

“I do hope that economic considerations are not being taken into account. Forcing Canadians to fly on these aircraft at this time is, in my humble opinion, inappropriate. I would rather see my country take a ‘better safe than sorry’ approach to this situation, as the majority of other countries flying the Max 8 have," one person wrote.

“I for one would rather be inconvenienced than dead," said another. "Economic [concerns] of the airlines is not a valid consideration.”

Some people responded with anger at the decision not to ground the planes immediately.

“In my opinion, your failure to ground the 737 Max 8 aircraft before an official cause is released for the recent crash is careless, irresponsible and unconscionable," wrote one person.

Although Mr. Garneau could not be reached for comment, Transport Canada said in an e-mailed statement to The Globe that the department “makes evidence-based decisions to prioritize safety, and does not hesitate to take action – including on a precautionary basis – when safety issues are identified.”

The statement added: “Transport Canada will not lift the current flight restriction of the Boeing 737 MAX 8 until it is fully satisfied that all concerns have been addressed by the manufacturer and the U.S. FAA [Federal Aviation Administration], and that adequate flight crew procedures and training are in place.”​ 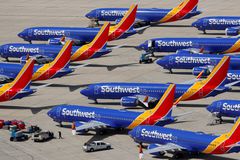 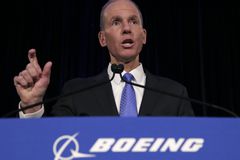