Prime Minister Justin Trudeau vowed Wednesday to keep up the fight against the never-ending effort in the United States to slap countervailing duties on Canadian softwood-lumber exports.

In an interview on Vancouver-based RED FM, Trudeau cheered the World Trade Organization for ruling last week in Canada’s favour, touted the federal government’s investments on behalf of forestry operators in B.C. and assailed the U.S. government for persistently trying to punish a Canadian industry it believes is unfairly subsidized.

“Canada is doing the right things and the United States is wrong,” Mr. Trudeau said of the decision.

He even borrowed one of Democratic presidential nominee Joe Biden’s campaign slogans – “build back better” – to complain about U.S. policies that Mr. Trudeau warned would undermine efforts in both countries to recover from the COVID-19 pandemic.

“We know that a big part of restarting our economies and building back better is going to involve construction, which is going to require forestry products,” he said.

“The Americans continue to think that having people pay higher prices than necessary for their lumber is a good thing for the economy. Of course, they’re wrong.”

The WTO dispute-resolution panel declared that the U.S. Department of Commerce and the U.S. International Trade Commission were wrong in 2017 when they imposed countervailing duties on Canadian softwood lumber exports, having concluded that Canada’s regulated forestry industry amounts to an unfair advantage for Canadian producers.

In particular, the panel agreed with Canada’s argument that the Commerce Department made a number of errors in determining the benchmark Canadian timber prices it used to determine whether producers north of the border were paying adequate stumpage fees to the provinces.

U.S. trade ambassador Robert Lighthizer, long a vocal critic of the WTO, savaged the decision as unfair, calling it further evidence that the body’s dispute-resolution mechanism is biased against American interests. A statement from Mr. Lighthizer’s office said the U.S. would be “evaluating options in response” to the ruling.

The 2017 flashpoint over countervailing duties was just the latest flare-up in a trade dispute that has raged for nearly 40 years.

U.S. producers have long argued that Canada’s system of provincially regulating stumpage fees, which are paid to the Crown in exchange for the right to harvest timber, unfairly subsidizes an industry that is privately owned and operated in the U.S., with pricing set by the competitive marketplace. As a result, the U.S. argues, imports of Canadian lumber should be subject to countervailing duties.

The WTO report, which emerged less than two months after the new U.S.-Mexico-Canada Agreement formally replaced the NAFTA trade deal, also came after a U.S. decision to restore 10-per-cent national-security tariffs on exports of Canadian aluminum – a move broadly opposed by producers on both sides of the border.

In an echo of the similar tariff dispute that stalked the USMCA negotiations and persisted until May, 2019, Canada has announced plans to impose retaliatory tariffs on a laundry list of U.S. aluminum products and related exports that are scheduled to take effect Sept. 16.

In addition to a variety of forms of aluminum, the list includes a number of products containing the metal, including refrigerators, golf clubs, bicycles, washing machines and metal office furniture.

Like Canadian aluminum, Canadian lumber exports play a critical role in the U.S., where demand for wood products used in construction significantly outstrips the domestic supply. 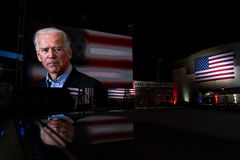 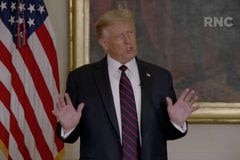