The Trump administration says that new U.S. labour attachés posted in Mexico will not inspect Mexican factories, heading off a brief crisis that threatened to derail the just-completed U.S.-Mexico-Canada Agreement.

After the sit-down, Mr. Lighthizer issued an open letter to Mr. Seade pledging that five labour attachés the U.S. plans to appoint to its embassy in Mexico City will only be there to help Mexico implement USMCA’s higher labour standards, and report back to the United States on the country’s progress.

“These personnel will not be ‘labor inspectors’ and will abide by all relevant Mexican laws,” Mr. Lighthizer wrote.

“We are satisfied,” he told a press conference at the Mexican embassy in Washington. “And I contacted the authorities in Mexico, and they are satisfied.”

The abrupt diplomatic row was only the latest drama in U.S. President Donald Trump’s nearly three-year campaign to rewrite the North American free-trade agreement. Its equally swift resolution leaves the U.S. House of Representatives on track to vote on the deal before Christmas.

The three countries last Tuesday signed a deal to incorporate into USMCA several changes demanded by congressional Democrats as a condition of ratifying the agreement. The most difficult Democrat request was to allow U.S. labour inspectors to go into Mexican factories to ensure they were meeting USMCA’s higher standards of worker’s rights.

Mexico objected to this as a violation of the country’s sovereignty. In a compromise, Mexico agreed instead to set up labour panels with representatives from both countries. The panels will adjudicate accusations of poor labour standards and can investigate factories alleged to be breaking the rules. Mexico’s Senate swiftly ratified the deal.

Then, in legislation to implement USMCA unveiled on Friday, the Trump administration also created the five new labour attachés as a further sweetener for the Democrats.

Mexico complained about the attachés, which were not mentioned in the deal between the countries. In a press conference on Saturday and three different Twitter threads over the weekend, Mr. Seade denounced the move as a “unilateralist” measure by the U.S. and said Mexico “should have been warned” before it was included in the legislation.

“It is contemplated to appoint five diplomatic labour attachés in Mexico, whose function is not clear but that Mexico will NEVER accept if they are in any way inspectors in disguise,” he tweeted. “NO INSPECTORS.”

Mexican Foreign Minister Marcelo Ebrard threatened to refuse to accredit the attachés as diplomats if they were to be used as inspectors. “No country can assign attachés in Mexico but us,” he told reporters in Mexico City.

At the Monday press conference, Mr. Seade said he had been concerned by language in the U.S. implementing bill that referred to the attachés as being involved in “enforcement” of labour laws. But Mr. Lighthizer’s letter made clear the attachés would be no different from other similar diplomatic staff who handle specific policy areas, such as agriculture or commerce.

Even if the Trump administration had intended the attachés to inspect Mexican factories, it is not clear how this would have been possible, as there was nothing in the deal between the countries allowing this.

Asked what Mexico achieved by throwing the deal into doubt, Mr. Seade said it was valuable to get Mr. Lighthizer to explain his intentions.

“We won clarity,” Mr. Seade said before heading to the airport at the end of his whirlwind Washington visit.

USMCA has broad support in Congress, with left-leaning Democrats backing the deal’s protectionism and labour provisions, moderates calling for passage to end the uncertainty for business and Republicans eager to please Mr. Trump by passing one of his policy priorities. If USMCA is approved by the House this week, it will be taken up by the Senate next year.

The Canadian government has said it will ratify the deal once the United States is on track to do so. 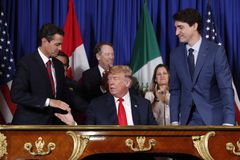 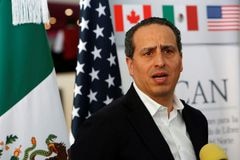