The Trump administration is floating the possibility of reimposing tariffs on Canadian steel and aluminum imports amid lobbying from American producers, and has been in talks with Ottawa.

“There have been surges on steel and aluminum,” he said. “It’s something that’s of genuine concern.”

A Canadian official and a U.S. industry source with knowledge of the talks said there had been discussions between the Trump administration and the Trudeau government over Canada’s exports. The industry insider said the White House is still trying to decide whether to reimpose tariffs. A different industry source, however, said it was unlikely Mr. Lighthizer would actually take such action amid the unstable economy.

U.S. President Donald Trump put tariffs on Canadian and Mexican steel and aluminum in 2018. He lifted them last year in exchange for Canada and Mexico cracking down on shipments of Chinese metals routed through the two countries to dodge U.S. tariffs. Under the terms of that deal, the U.S. can reimpose tariffs on any steel or aluminum product coming from Canada or Mexico if exports of that product surge.

U.S. steel and aluminum producers, buffeted by the COVID-19-induced collapse of the economy, have been pushing the Trump administration in recent weeks to take this action as some Canadian exports have risen. “The Canadian surge is destroying what remains of the U.S. industry,” Mark Duffy, chief executive of the American Primary Aluminum Association, wrote in an open letter to Mr. Lighthizer last month.

Jean Simard, president of the Aluminium Association of Canada, said the overall amount of aluminum exported to the U.S. has not actually increased. The pandemic caused a drop in demand for value-added aluminum products, such as special alloys, so Canadian producers switched to exporting more basic bulk aluminum, which caused a spike in shipments of that product.

Mr. Simard said Canadian producers are not to blame for falls in global aluminum prices caused by subsidized Chinese-made metals. “We have nothing to do with that. We have suffered the same thing, we get the same price,” he said.

If Mr. Lighthizer reimposed tariffs on Canada, he would face domestic backlash from manufacturers who rely on imported metals. He would also face opposition from the Republican congressional caucus, which, in sharp contrast with Mr. Trump’s protectionism, typically favours freer trade. Iowa Senator Chuck Grassley on Wednesday pressed Mr. Lighthizer to consult with Congress before reimposing metals levies.

Still, even the possibility of a return to tariffs triggered a volcanic reaction in Canada.

Flavio Volpe, president of the Canadian Automotive Parts Manufacturers’ Association, said there is a very real possibility that Mr. Lighthizer would impose new levies, either in an effort to squeeze more trade concessions out of Ottawa or play to Mr. Trump’s protectionist base ahead of the November presidential election.

“I’ve learned not to take anything for granted with these guys, especially in an election year,” he said. “It’s a protection racket disguised as foreign policy.”

Mr. Lighthizer’s threat comes shortly before the three countries are scheduled to implement the U.S.-Mexico-Canada Agreement, an overhauled version of the current North American free-trade agreement that is Mr. Trump’s primary legacy on the trade file.

Mr. Lighthizer also said Wednesday he might use the new deal to launch a trade dispute with Ottawa over Canada’s protectionist dairy market. Such a move would be ironic, given that during USMCA negotiations, Mr. Lighthizer unsuccessfully tried to strip the deal of nearly all its dispute resolution provisions. 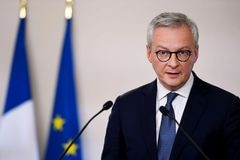 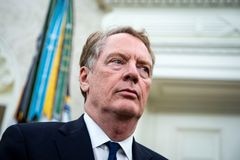 Johnson refuses to extend deadline for trade talks with EU, urges both sides to ‘put a tiger in the tank’
June 15, 2020 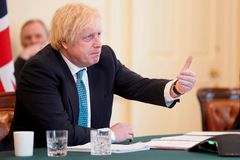