Proponents of a $22-billion railway linking Alberta and Alaska can start work on a host of Canadian and U.S. approvals it will require after Donald Trump announced that he will issue a presidential permit allowing the border crossing.

Alaska to Alberta Railway (A2A), which would link south-central Alaskan ports with Fort McMurray, Alta., and the rest of the continent’s rail network, will start preparing regulatory applications in Canada and Alaska. It will also begin consultations with Indigenous communities, which will be offered an equity stake of up to 49 per cent, executives said on Sunday.

The line would give Alberta’s oil sands producers a new oil export option, but also provide service for other freight in either direction on the 2,570 kilometres of track that will extend through Alaska, Yukon, Northwest Territories and northern Alberta, according to the plan. But it still faces major regulatory and financial hurdles.

“Every project’s got gates that you’ve got to get through,” A2A President J.P. Gladu said. Mr. Gladu, the former head of the Canadian Council for Aboriginal Business, signed on with the venture in June. 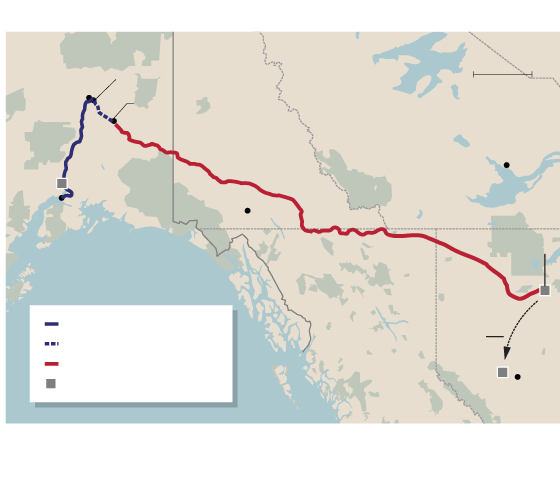 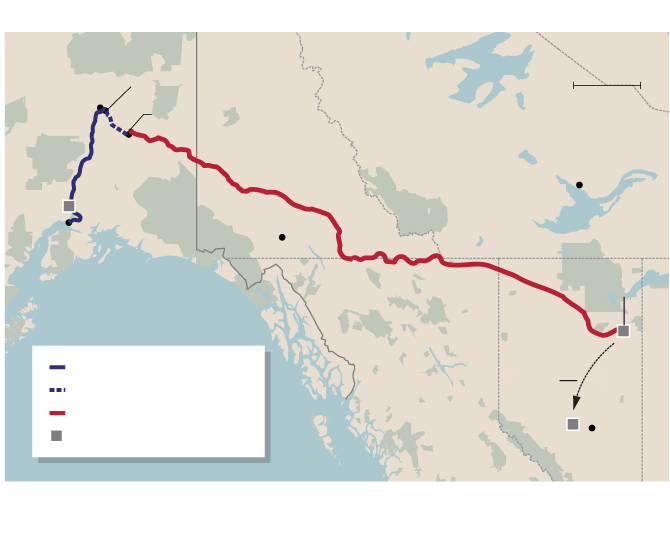 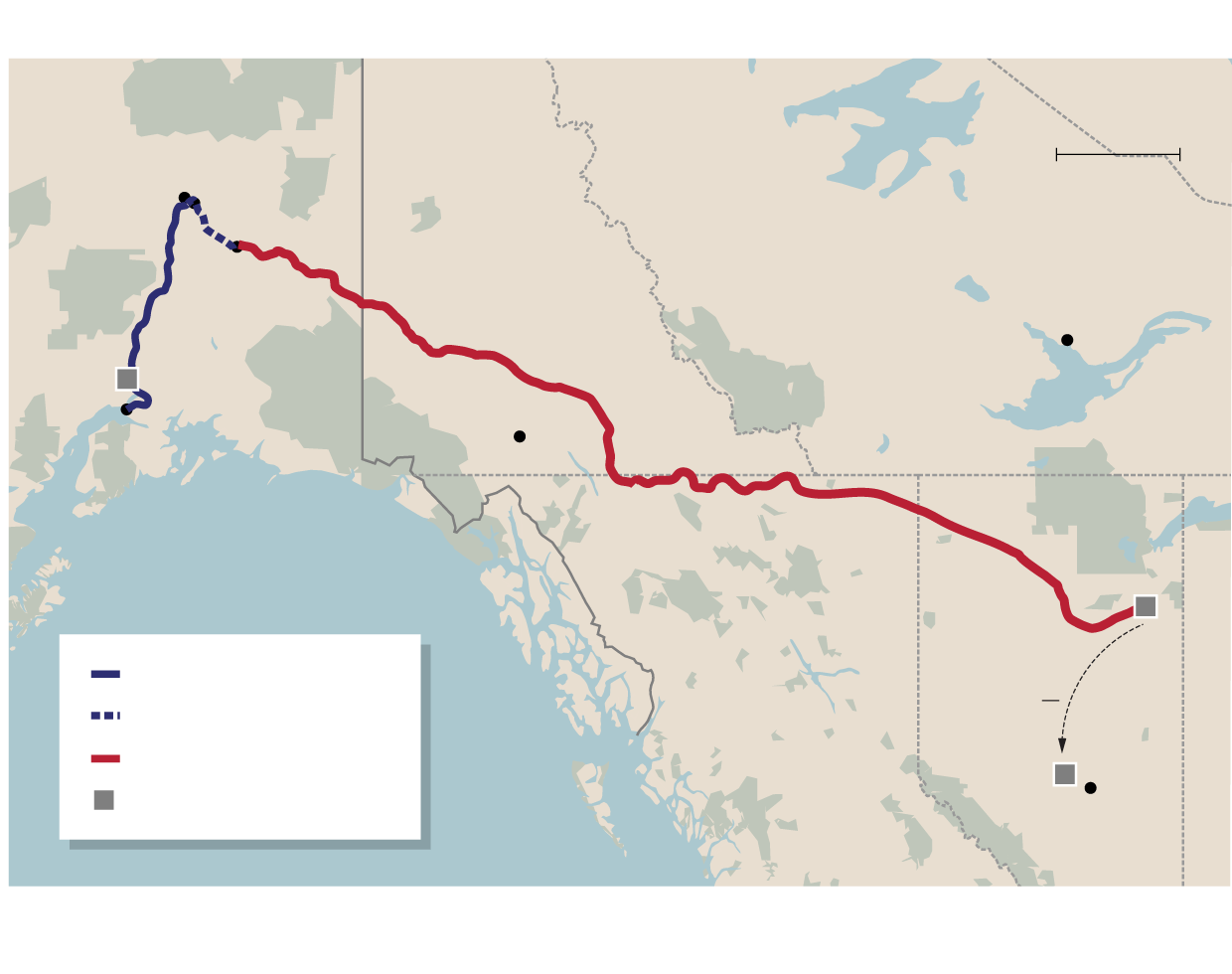 “You need certain lines of support from governments – federal, provincial, territorial and even Indigenous governments – and this is one of those great moments for A2A with regards to support in signalling this project is indeed a real project.”

The massive rail link, which could be in service around the end of the decade, is aimed at allowing a new route to the Pacific for Alberta’s oil sands-derived crude after a host of pipeline and rail proposals that have failed to gain traction amid legal challenges from environmentalists, politicians and some Indigenous groups. Offering varied freight service linking Alaska with the lower 48 states and providing a new supply line to Northern communities adds incentive for support, Mr. Gladu said.

On Friday, Mr. Trump said on Twitter that he would issue the permit for the project after the recommendations of Senator Dan Sullivan and Representative Don Young, Republicans from Alaska.

The project has been in the planning stages since 2015. Work began on seeking the presidential permit shortly after to try to avoid the delays that cross-border pipelines have been hit with, said A2A vice-chairman Mead Treadwell, who served as Alaska lieutenant-governor from 2010-14. For instance, TC Energy Corp.'s still-unbuilt Keystone XL pipeline had its presidential permit rejected then approved by two successive administrations over almost a decade.

“We felt it was very important to get that impediment out of the way. It’s a self-imposed U.S. impediment to cross-border investment," Mr. Treadwell said. "It does not mean there is approval in Canada, it just simply removes a barrier to going ahead and doing the engineering, the permitting and starting work with First Nations on the Canadian side and, frankly, on the U.S. side.”

Alberta Premier Jason Kenney welcomed the U.S. approval. “We support the development of trade corridors that can unlock new markets for Alberta’s products,” Christine Myatt, the Premier’s spokeswoman, said in an e-mail.

The company proposing the project, Alaska-Alberta Railway Development Corp. was founded by Edmonton-based financier Sean McCoshen, chief executive of McCoshen Group, a family office that says it has an asset base of US$740-million. Mr. McCoshen is A2A’s chairman.

Mr. Gladu said A2A is planning to study ways to allow Indigenous communities to acquire ownership in the project, similar to that proposed by two First Nations and Métis groups for the Trans Mountain oil pipeline expansion project being built to the B.C. coast from Alberta. A2A is studying debt and equity financing options for the remaining stake.

A 2015 study for the Alberta government, led by the University of Calgary’s Van Horne Institute, concluded that an Alberta-to-Alaska railway could be feasible and offer the province’s oil producers access to world markets. But it cautioned that there are several big challenges.

They included: costly construction because of extreme cold during long winters; limited access to remote locations for construction materials and labour; and complex regulatory processes involving many different governments and stakeholders. Some of those hurdles have proved to be insurmountable for other projects in Canada.

With a U.S. presidential permit in hand, the backers can go about starting review processes with the country’s Surface Transportation Board and under the National Environmental Policy Act. Such regulatory processes can take at least three years.

A2A Rail will also need to acquire 321 kms of right-of-way from the State of Alaska and private landowners. In 2019, A2A Rail and Alaska Railroad Corp. signed a co-operating agreement that includes jointly applying to the state government for right-of-way and also determining any new track and facility upgrades required on Alaska Railroad’s network.

In Canada, the project would be expected to undergo an environmental-impact assessment run jointly by the federal, provincial and territorial governments.