David Pecker, an associate of Donald Trump who is alleged to have used his influence in the U.S. media industry to quash potential scandals involving the President, has stepped down from the board of Canadian newspaper publisher Postmedia Network Inc.

The company, which publishes daily newspapers across the country, including the National Post, the Ottawa Citizen and the Calgary Herald, announced Mr. Pecker’s resignation on Tuesday, effective immediately. In a release, Postmedia said Mr. Pecker intended to focus on the growth of his businesses. Mr. Pecker is the chairman and chief executive of American Media Inc., a post he has held since 1999. AMI’s titles include Us Weekly and Men’s Fitness magazines, and the National Enquirer tabloid.

According to reports that emerged last week, Mr. Pecker was granted immunity in the federal investigation of Michael Cohen, Mr. Trump’s former lawyer. Mr. Cohen pleaded guilty last week to criminal charges including campaign finance violations. According to court filings, Mr. Cohen worked with the CEO of a media company “to keep an individual from publicly disclosing” harmful information about a candidate, paying that individual $150,000. It did not name the media executive or the individual.

In August of 2016, American Media paid US$150,000 to Karen McDougal, a former Playboy model, who says she had an affair with Mr. Trump. The payment gave the company rights to her story and any other stories about her affairs with prominent men, as well as fitness articles she agreed to write for its publications. No story about the alleged affair with Mr. Trump was ever published. The President has denied having an affair with Ms. McDougal.

Buying stories in order to bury them is a strategy known as “catch and kill.”

According to the Wall Street Journal, Mr. Pecker also blocked negative stories about Mr. Trump during his years starring on reality TV show The Celebrity Apprentice and Mr. Trump was known to those at AMI as “FOP,” or “friend of Pecker.”

Mr. Pecker joined Postmedia’s board in October of 2016, during a restructuring of the company that was designed to reduce its debt load. The New Jersey-based firm Chatham Asset Management, Postmedia’s largest shareholder and an investor in AMI, nominated Mr. Pecker for the position.

Last year, Mr. Pecker earned $117,500 for his service on Postmedia’s board. In a statement, executive chairman and CEO Paul Godfrey thanked Mr. Pecker for “his dedication and contributions to Postmedia.”

AMI did not immediately respond to a request for comment on Mr. Pecker’s departure from the Canadian company.

“Good riddance,” said Martin O’Hanlon, president of CWA Canada, a union that represents workers across Canada’s media industry, including guilds at Postmedia papers such as The Montreal Gazette and the Ottawa Citizen. “His position on that board was untenable. ... A journalism company must hold a higher standard.” 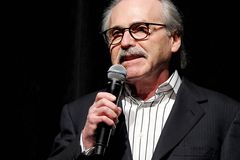 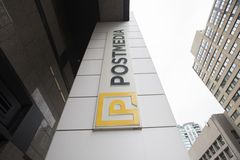 Opinion
Trump, Cohen and the problem with Postmedia’s board
Subscriber content
July 26, 2018