The lira stood at 5.73601 on Monday, 1.6 per cent weaker than Friday’s close but off a low of 5.8245 in early Asian trade as investors fretted about the implications of the move for central bank independence.

She said the dismissal challenged the thesis that Mr. Erdogan would exhibit greater pragmatism after the defeat of his AK Party’s candidate in the rerun of the Istanbul mayoral election and that the economy would be allowed to gradually rebalance.

“Monetary policy-setting might be even more influenced by political pressure, leading to aggressive interest rate cuts that could undermine financial market stability and demand for local assets,” she added in a research note.

The lira is down about 8 per cent this year after having plummeted 30 per cent last year during the currency crisis. The main share index fell 1.14 per cent, with banks down 1.7 per cent. Turkey’s dollar-denominated bonds dropped across the curve.

Governor Murat Cetinkaya, whose four-year term was due to run until 2020, was replaced by his deputy Murat Uysal, a presidential decree published early on Saturday in the official gazette showed.

Mr. Uysal, who has served as deputy governor for three years, is known as one of the more dovish of the bank’s rate setters.

No official reason was given for the sacking, but government sources cited Mr. Erdogan’s frustration that the bank had kept its benchmark interest rate at 24 per cent since last September to support the lira.

“The expectation has taken hold in the market that there may be a stronger interest rate cut,” he said.

The governor’s dismissal comes just days before Turkey is expected to take delivery of Russian air defense systems, a development likely to trigger U.S. sanctions, which could put the lira under renewed pressure.

“The S-400s are expected to be delivered this week. If U.S. sanctions come onto the agenda, along with the central bank expectation, the lira may move to the 6 [to the dollar] level and beyond,” Mr. Kavak added.

The newspaper Hurriyet on Sunday quoted Mr. Erdogan as telling a meeting with his party’s lawmakers that he had dismissed Mr. Cetinkaya for rejecting the government’s repeated demands to cut rates.

Esther Reichelt, FX & EM Analyst at Commerzbank in Frankfurt, said the lira’s losses on Monday were surprisingly modest. “I would have expected to start the week above 6 to the dollar. [The dismissal] was certainly a surprising step, and this is disastrous for the Turkish lira,” she said.

In a written statement on Saturday, Mr. Uysal said he would implement monetary policy instruments independently with a focus on achieving and maintaining the primary objective of price stability.

“In his first remarks, Murat Uysal said the communication channels would be used at the highest level in line with the price and financial stability goals,” the bank said, adding that Mr. Uysal would hold a news conference in the coming days.

Despite the new governor’s assurances, critics say the move once again showed that Mr. Erdogan was determined to control monetary policy, and that Turkey would witness a period of rapid rate cuts.

Two government sources told Reuters that disagreement between the government and the governor over monetary policy had intensified in the past few months.

Mr. Cetinkaya raised the benchmark interest rate by a total of 11.25 percentage points last year to support the lira, pushing it to the current 24 per cent.

The Turkish economy shrank sharply for the second straight quarter in early 2019 as the crisis, persistent double-digit inflation and high interest rates took a toll on overall output. 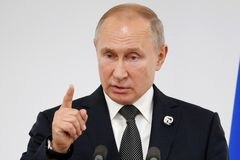