Twitter Inc. said its efforts to crack down on abuse and harassment on its platform are starting to pay off as the social-media site reported rising ad revenues in the first quarter and the largest jump in the number of daily users in two years.

Twitter said the number of users who log into the platform at least once a day rose an annualized 11 per cent in the quarter to 134 million, the largest increase since early 2017. Ad revenue surged 18 per cent from a year earlier to US$787-million, driven by a 26-per-cent increase in ad spending in the United States.

Twitter has struggled in the past with slowing user growth amid complaints that the company had been too slow to respond to spam and harassment online and has not openly embraced calls for regulation in the same way as rival social-media network Facebook.

Twitter says it has made strides over the past year in cleaning up its platform. Its machine-learning algorithms are now able to detect 38 per cent of abusive content before it is flagged by a user, technology that was virtually non-existent on the platform this time last year. Executives say Twitter now removes three times more abusive accounts within 24 hours compared with the same time last year, and it has made it easier for users to report when accounts are spreading their private information on the platform.

After a video of a deadly shooting at mosques in New Zealand spread widely online, Twitter began banning white-nationalist groups. It suspended accounts associated with the Canadian Nationalist Front earlier this month.

Twitter chief executive Jack Dorsey credited such efforts – part of a plan to improve online “conversational health” that he announced last year – for helping to boost engagement on Twitter. “We do believe that work will ensure people find a place that they can contribute, they can participate in, and want to do that more and more every single day,” he told analysts Tuesday.

Twitter is open to working with global lawmakers who have called for tough new rules to govern social-media companies, Mr. Dorsey said, though he believes the company’s role “is to help educate” regulators about what Twitter is seeing on its platform.

He added that regulations such as European Union privacy rules that came into force last year have helped improve users’ experiences online. “So regulations like that, we do believe are smart and beneficial to us and also to our broader industry,” he said. “And we’ll continue to look and work with regulators around the world to make sure that regulation is crafted in the right way.”

The Silicon Valley firm is also testing a prototype of a new app called “twttr” designed to make it easier for users to hide replies they consider abusive and to follow lengthy conversations.

Analysts saw the quarterly results as a sign that Twitter is still able to expand its business even as it has worked to rein in bad behaviour on its platform. The new daily users Twitter added in the first quarter “feel like a potential inflection point,” for the company, wrote RBC Dominion Securities analyst Mark Mahaney.

The fact that the strongest ad revenue growth came from the United States even as most of its new users were from outside the country “proves once again that Twitter is able to grow its revenue without significantly growing its user base,” said eMarketer analyst Jasmine Enberg.

The company has also lured advertisers back to its platform with new products, such as expanded video ads. Video made up nearly half of Twitter’s ad revenues last year, eMarketer estimated.

Yet, Twitter still faces challenges. It said Tuesday it would stop breaking out the number of monthly active users, a common industry measure. Those numbers have steadily declined over the past year and dropped by six million in the quarter as Twitter weeded out spammers and fake users.

The social-media firm also faces a backlash by Republican lawmakers in the United States, including President Donald Trump, who complain that liberal Silicon Valley companies are stifling conservative voices and harming free speech.

Mr. Trump took to Twitter on Tuesday to complain that the company doesn’t “treat me well as a Republican” and urged Congress to act. Hours later, the President tweeted he had met with the Twitter CEO at the White House and was “look[ing] forward to keeping an open dialogue.” 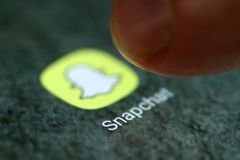 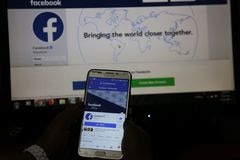 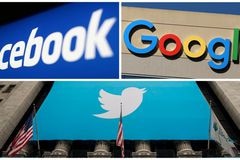