Two of Air Canada’s largest unions are accusing the airline of being sexist in how it introduced new uniforms and in a handbook that explains how employees should groom themselves as part of the new look.

The Canadian Union of Public Employees, which represents flight attendants, has filed a complaint with the Canadian Human Rights Commission about aspects of the introduction of the uniforms. Unifor, the union that represents airport gate agents and other staff, says the handbook distributed to employees about the new uniforms is “offensive” and “arrogant.”

The memo to Unifor members centres on Air Canada’s Airports Style Standards Book, which advises employees among other things, that: “eating foods that have strong odours are also best avoided so they don’t cling to the fabric of your uniform.”

There are several pages of instructions for women on how to apply makeup, and recommended cosmetic products. Sections for both men and women offer advice on hair styling, with an outline of permitted types of mustaches for men.

“If Air Canada was truly interested in empowering our front-line members to look their best and demonstrate a professional commitment to our customers, they would have provided us with adequate uniform components, along with a dry-cleaning allowance,” members of Unifor’s Air Canada bargaining committee said in a memorandum to members entitled: Air Canada – It’s a Barbie World.

The complaint by CUPE, which represents about 8,500 flight attendants at Air Canada and its discount arm, Rouge, said the airline’s training programs fostered a work environment of discrimination and harassment.

CUPE singled out a training session for new uniforms that it said was the equivalent of a fashion show with a runway for employees and a spectator section.

“The female employees were critiqued by management for their appearance to a much greater extent than their male colleagues,” the complaint said.

“In regard to evaluating the appearance of females, a manager for [Air Canada] has told female cabin personnel that they should wear the dress from the uniform options more often in order to ‘show more cleavage’ to the customers,” the complaint said.

“The training program makes it a condition of training and continued employment that the cabin personnel are subjected to a demeaning public critique of their appearance, which includes derogatory, racialized and homophobic comments from management,” CUPE said in a complaint to the human rights commission.

The complaint urges the commission to review how the airline handles harassment charges and discontinue its on-board service manager program, which conducts assessments of service staff during Air Canada flights.

The program “permits unrestrained authority by managers over vulnerable employees,” the complaint said.

“Such programs are common in the industry and we have already seen significant customer satisfaction gains as a result,” Mr. Fitzpatrick said. “That said, we have zero tolerance for discrimination or harassment.”

CUPE did not inform the airline of any concerns prior to filing the complaint, he said.

As for the memo sent to Unifor members, he said there has been positive feedback from many employees and added that employees were involved in designing them.

Air Canada chief executive officer Calin Rovinescu said in a message to shareholders in Air Canada’s annual report filed with the Ontario Securities Commission on Thursday that there has been a “marked increase in employee engagement”; noted that the airline was chosen as one of Canada’s top 100 employers last year; and said it was named one of Canada’s best diversity employers. 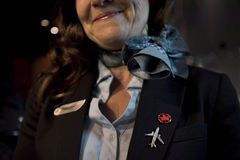 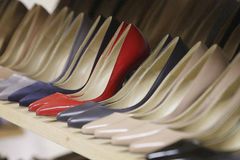