Canada lost a record-setting number of jobs in April, and the unemployment rate surged to 13 per cent as companies were forced to slash payroll in response to lockdown measures aimed at curbing the spread of the novel coronavirus.

The number of employed people plunged by nearly two million last month, surpassing the record one million losses in March, Statistics Canada said on Friday. About three million people have lost their jobs over a two-month span, and hours have been significantly reduced for millions of others. The unemployment rate jumped from March’s 7.8 per cent.

Beneath the surface, the details in Friday’s report were even uglier, pointing to widespread disruptions in the labour market.

“What I’m seeing is just unbelievable,” said Mikal Skuterud, a professor of labour economics at the University of Waterloo, noting that Canada’s jobless picture is much worse than the headline unemployment rate suggests.

For instance, Statscan said the jobless rate would be 17.8 per cent if it included those who lost their jobs and wanted work, but weren’t searching because of COVID-19. (Statscan doesn’t categorize someone as unemployed if they are out of work but not looking.)

Further, the number of people who were employed but whose hours were cut at least 50 per cent increased by 2.5 million between February and April. In fact, most did not work any hours and were unpaid. Over all, the number of hours worked has plummeted nearly 28 per cent in two months.

The upside is that millions of Canadians have retained some connection to their employers, making it easier for companies to bring them back as restrictions are eased. Statscan said on Friday about 5.8 million people did not work in April, but could be reasonably expected to return when allowed, such as employees getting zero hours and those temporarily laid off.

“[Companies are] going to call back their original employees – they have the incentive to do that – just so they don’t have to deal with new training and everything else that comes with the hiring process,” said Tammy Schirle, an economics professor at Wilfrid Laurier University.

In April, employment declined by nearly 16 per cent in the goods-producing sector, compared with a 9.6-per-cent drop in services, which was hit significantly harder than goods in March. Construction employment dropped by 314,000 (21.1 per cent) last month, after little change in March, and manufacturing plunged by 267,000 (15.7 per cent).

Employment has dropped in every province by more than 10 per cent over the past two months. Quebec has been especially hit hard, with about 820,000 people losing their jobs since February, or nearly 20 per cent. The province’s unemployment rate has climbed to 17 per cent, its highest in comparable data going back to 1976.

Young Canadians have also been disproportionately affected. From February to April, employment for youth aged 15 to 24 dropped by 873,000 (34.2 per cent).

Statscan noted that “vulnerable workers,” such as temporary and non-unionized employees, have suffered the greatest job losses since the pandemic began.

“I’m very concerned that service-sector jobs are going to take a very long time [to come back], especially when we see that the biggest job losses were among those people with the least bargaining power in the labour market,” said Dr. Schirle, adding that “female-dominated" service industries look vulnerable.

As provinces begin to ease lockdown restrictions, employment should grow in the coming months. However, some companies are hesitant to bring staffing back to pre-crisis levels.

Men’s clothing store Caswells in Saskatoon was forced to lay off all nine employees. When it reopens on May 19, the first day allowed by the province, owner Gordon Burgess doesn’t expect customer traffic to snap back to normal immediately. To start, Caswells will be open fewer hours than before and only four employees will be back.

“If the traffic justifies it, we’ll bring back [workers] as quick as we can,” Mr. Burgess said.

Another hurdle in recouping jobs, Dr. Skuterud said, is the availability of labour.

“Workers are making their own decisions about whether to go back and when, and a lot of that has nothing to do with when the employer wants them to come back – it has to do with their own concerns about this virus,” he said. “It’s a health crisis, so people are worried.” 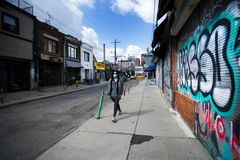 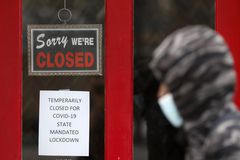 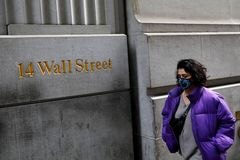