Two proxy advisory firms are backing a proposal to abolish Bombardier Inc.'s dual-class share structure in a move that could reignite investor opposition to the founding family’s control over the Canadian plane and train maker.

The endorsement sets up what could be a lively debate ahead of the company’s annual meeting on May 2. Even if the effort is unlikely to succeed because it doesn’t meet proper procedure, it will send a message to Bombardier that the uneven voting power at the company remains an irritant that some investors are keen to do away with.

“The firm’s performance over the years leaves much to be desired,” said Michel Magnan, professor of accountancy at Concordia University. “If you’re a stockholder, you’re trying to pull any lever you can to get things to go for the better.”

Bombardier’s two-class share structure has been a lightning rod for years and continues to irk some investors as chief executive Alain Bellemare tries to steer the company onto firmer footing in year four of a five-year turnaround effort. The company is on track to deliver “strong improvement in profitability and free cash flow by 2020," Bank of Montreal analyst Fadi Chamoun said in research note this week.

Some shareholders and investment experts have argued the company would command much more interest from capital markets if the family loosened its grip. Bombardier has consistently rejected that view. It says the structure provides stability to a business that is highly cyclical and shields the company from an unwanted takeover.

Canadian government officials expressed reservations about Bombardier’s dual-class share system as Ottawa weighed a request to match Quebec’s US$1-billion investment in the company in 2016, The Globe and Mail reported. In the end, Canada offered the company a $372-million loan.

Relatives and descendants of inventor Joseph-Armand Bombardier control the manufacturer with 50.9 per cent of the voting rights through a special class of stock carrying 10 votes a share. Family members also have four of the company’s 14 board seats, despite owning just 12.2 per cent of the equity.

The time has come to dissolve that structure, Médac says.

“The little consideration that controlling shareholders give to stakeholders’ interests, the progressive dismantling of the corporation over the years, the growing discrepancy between the family’s interests and those of others as well as the increasing importance placed on short-term considerations require no further proof,” Médac says in its proposal. "In the end the corporation must change hands. Indeed it is in everyone’s interest.”

“While companies sometimes defend the practice by claiming that it insulates managers from short-term pressures and allows them to make decisions that are best for the long-term, in this case it appears the company’s share price has performed poorly over the long-term,” Institutional Shareholder Services said, citing a chart showing Bombardier’s stock price has languished at less than $10 for nearly 17 years.

Glass Lewis said the economic stake of each shareholder should match their voting power and that no small group of shareholders, family or otherwise, should have voting rights different from those of other investors. "Power should not be concentrated in the hands of a few for reasons other than an economic stake.”

Dual-class structures have long been controversial in Canada, as governance advocates have argued for one-share, one-vote policies, while many long-standing, family-controlled companies have argued the share structures are clearly disclosed and they’ve been able to generate superior returns over time.

Bombardier said on Wednesday that it has no intention to change its share capital arrangement. "We are satisfied with the current structure, which does bring important benefits, notably in terms of maintaining the company’s corporate office here in Canada,” spokesman Olivier Marcil said.

Concern over the dual-class structure is dispelled in part by the oversight of independent directors on senior management and the company’s “strong governance principles and practices” – all of which reinforce accountability, Bombardier says in a March 22 filing.

Once in place, dual-class systems are difficult to unwind, Mr. Magnan said. Bombardier notes it would require the adoption of special resolutions by holders of both classes of shares, each class voting separately. 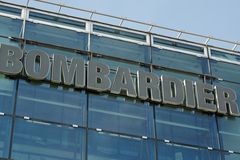 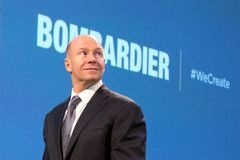 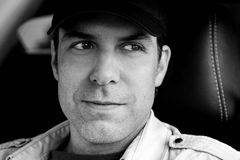