Uber Technologies Inc. is bringing self-driving cars back to Toronto streets just nine months after the ride-hailing company pulled the technology off the road for killing an Arizona pedestrian – but the company says the cars will be used only for data collection and be controlled by real drivers.

Elaine Herzberg was struck by a vehicle equipped with Uber’s self-driving technology in Tempe, Ariz., in March and later died of her injuries. While a driver was at the wheel, a police report later said she had been streaming a video on her phone before the crash, while the vehicle was in autonomous mode. Uber subsequently removed its entire self-driving fleet from the road across four cities, including Toronto. The division responsible for it, Uber Advanced Technologies Group, or ATG, then conducted what it called a “top-to-bottom” internal safety review and commissioned a law firm to conduct a separate external review.

As the company begins implementing recommendations from those reviews – such as issuing regular public safety reports and placing a greater emphasis on simulations – it has slowly planned a return for its self-driving vehicles. And Thursday morning, the company said, it would bring those vehicles back to Toronto streets.

The cars will be in manual mode – meaning they’ll be driven entirely by a human – with a second person sitting shotgun whose tasks will include safety preparedness. The vehicles will be conducting research and data collection for future autonomous cars, including creating high-definition maps of the city to help their software navigate roadways.

The technology is largely being developed there by a team led by the ATG group’s chief scientist, Raquel Urtasun. A specialist in artificial-intelligence (AI) technology, which is central to self-driving vehicles’ navigation, she was poached from the University of Toronto in 2017.

Using a mix of “lidar,” or laser detection, radar and 360-degree cameras, a handful of Uber-powered Volvo XC90 SUVs will drive along Toronto highways and certain pockets of the city to map its physical geography in three dimensions. That will allow Uber to train its software to better perceive the environment around it for future self-driving navigation. Before the company pulled its vehicles off the road everywhere earlier this year, it had conducted some data-collection and self-driving testing in Toronto.

“The brain of our cars is powered by AI,” Ms. Urtasun said in an interview. “AI learns by looking at examples. That’s what the data collection will be."

By mapping construction sites, for example, self-driving software could learn to better perceive unexpected obstacles and adjust its course to take into consideration the kinds of people, vehicles, objects and signs involved in those kinds of sites.

Ms. Urtasun said that the Arizona pedestrian death and the subsequent corporate reviews prompted the company to “look into how we do everything,” and that “safety comes first, no matter what.”

One of the Toronto office’s lead research areas is driving simulations, which now play a larger role in Uber’s research-and-development as it tries to cut down on mileage, Ms. Urtasun said.

She said the company is also ensuring that drivers using the autonomous vehicles are given extensive training and will be monitored at all times in the cars. “We want to lead the industry in terms of safety,” Ms. Urtasun said.

In September, Uber chief executive officer Dara Khosrowshahi said the company would invest up to $200-million on Toronto talent over the next five years to boost its research-and-development work here. The company said Thursday that it expects its R&D team to double in the next year, from about 50 to more than 100. It will also move those workers into a four-storey building on Bathurst Street from its current location at the MaRS Discovery District. 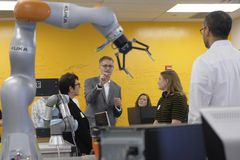 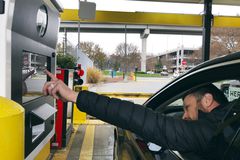 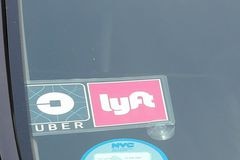