The Flexible Work+ model the San Francisco-based tech giant has pushed since March asks provinces and territories to force Uber and other app-based companies to create a self-directed benefit fund to disperse to workers for prescriptions, dental and vision care, RRSPs or tuition.

Labour groups have criticized the model for falling short of designating gig workers as employees and not providing more job security and consistent benefits, but the company is sticking with the pitch and on Monday, offered a glimpse of how it thinks the fund should operate.

Uber wants the fund to be managed by the industry but enabled by provinces and territories. App-based companies, it suggests, would provide dataon hours and earnings accrued by workers, who would qualify for varying benefits levels based on their numbers of “engaged hours” per quarter.

Uber considers engaged hours to be time spent accepting a trip or delivery or travelling to pick up or drop off a passenger or food. Uber thinks time logged into platforms or awaiting orders should not count because gig workers often keep several apps running at once or open them just to check traffic or demand.

Once a worker’s aggregate hours surpasses a quarterly threshold, Uber suggests their gross earnings and tips should be multiplied by benefit rates set for their amount of completed work and then deposited into an account.

Each app-based company would provide a share of the benefits commensurate to the amount of work a person performed for them, but workers would be able to allocate the money to any type of benefit that suits them.

For example, some could use the money to fund schooling, while others might put it towards an RRSP or vision care.

Brice Sopher, an Uber courier in Toronto and vice-president of Gig Workers United, said the proposal fails to address ongoing issues workers face such as a lack of help with equipment costs and low rates of pay.

He is disappointed by Uber’s definition of engaged time, which is often out of a courier or driver’s control and will omit periods when workers are awaiting jobs but eager to work.

He also has concerns about the fund being industry-run because that could leave workers with few ways to seek justice and little outside oversight, if they disagree with payment calculations or if a company goes bankrupt.

“We are pawns being used for them to get what they really want, which is the relegation of us to a second tier status as workers, where we will be denied the right to unionize, where we will not have any recourse.”

The Canadian Labour Congress had a similar message.

“Nobody goes to work asking for more insecurity and vulnerability, but that’s what Uber is offering their workers,” President Bea Bruske said in an email.

“Uber has dictated the terms of their workers’ employment, offloading costs like gas and car repairs onto its employees and isn’t even held accountable for providing basic employment standards, like a minimum wage and vacation pay.”

Like many Uber critics, her organization believes the company has “misclassified” workers using its platform as independent contractors — people who aren’t employees because they can choose when and how often they work, and who don’t receive sick leave, vacation time or health care benefits.

Uber has long argued workers value that flexibility, which would be lost if they were made employees, and says many people only work for the platform a few hours a week or part-time and already access benefits through spouses, parents or other jobs.

The company commissioned an October survey of more than 600 Uber couriers and drivers in Canada, which showed 65 per cent favoured Flexible Work+. Roughly 16 per cent still like the current independent contractor model and 18 per cent wanted to be classified as employees with benefits.

The U.K’s Supreme Court ruled in February that Uber drivers are employees and are entitled to minimum wage and holiday pay.

Earlier this month, Ontario’s Superior Court of Justice certified a class-action lawsuit against Uber, which advances a fight to get some of the platform’s Canadian couriers and drivers recognized as employees. 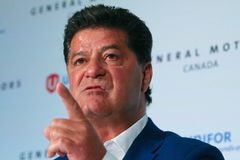 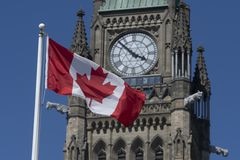 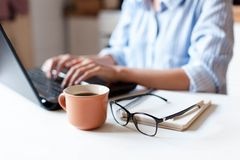